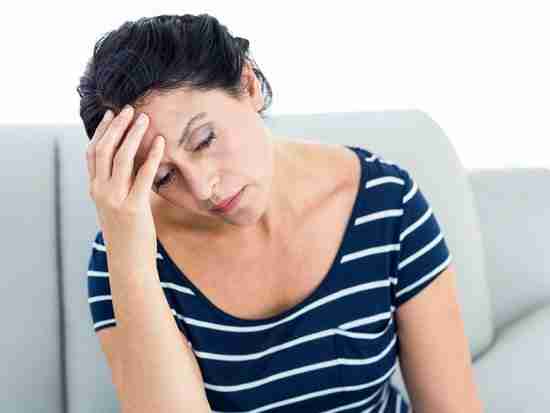 Pain is awful. Chronic pain is worse. Toss in fatigue and cognitive challenges and things can be brutal. That’s the way it rolls with fibromyalgia. Like any condition we discuss, dicey information is easy to come by. Here’s what to understand…

Looks like our friend is stressed and struggling. Fact is, she’s in pain, terribly fatigued, and can’t think straight. “This has been going on for months. Could I have fibromyalgia?” I’m thinking she needs to see her doc.

Fibromyalgia (FM) is a complicated disorder. To give it its due, we’re going to handle biz in two parts. This article will address what FM is, as well as its causes. And we’ll come back next week with how to manage it.

Fibromyalgia is a chronic medical condition for which there is no cure. Some four million American adults have been diagnosed. It’s thought that FM ramps-up sensations of pain by changing the way the brain and spinal cord process painful and nonpainful signals.

Symptoms of FM often commence after an event, such as physical or emotional/mental trauma, surgery, or an infection. But, go figure, symptoms may accumulate and grow stronger over time, having no identifiable trigger. 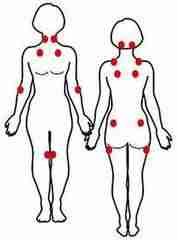 Now, once upon a time, doctors would check 18 tender points to see how many were painful when pressed firmly. The American College of Rheumatology issued new guidelines that don’t require a tender point exam for diagnosis.

So then, to meet current diagnostic criteria for FM, multisite pain has to have been experienced throughout the body, at a similar intensity, for at least three months. Also, there has to be pain in at least four of these five areas…

Also included in the diagnostic criteria are a pain index and symptom severity scale.

A couple of final tidbits: Though FM is a chronic condition, there may be periods of improved pain and fatigue. There are no specific tests for FM, so anything ordered is to rule-out other disorders.

As was mentioned, it’s believed that FM is caused by changes in the brain and spinal cord. These changes in pain processing involve an abnormal increase in levels of specific pain signaling chemicals. In addition, the brain’s pain receptors seem to develop a kind of memory of the pain and become sensitized. That allows them to overreact to painful and nonpainful signals.

Keep in mind, the cause of FM is likely a matter of interacting factors. The workings may be a genetic predisposition brought to life by one or more triggers.

It’s interesting that FM symptoms are very similar to those of the autoimmune disorders. It’s been a theory that FM actually is an autoimmune disorder, but it can’t be proved because FM doesn’t cause inflammation. In addition, autoantibodies have yet to be found.

Yes, pain is awful. Chronic pain is worse. Adding fatigue and cognitive challenges to the mix can make life brutal. Fibromyalgia can be very difficult to live with. But we’re here to provide accurate information…

Part two is ready and waiting for you.

Thanks to Mayo Clinic and Healthline for the info.

So much to learn about the mood and anxiety disorders. Take a look at the Chipur titles. Be sure to check-out the article I posted several months ago about myalgic encephalomyelitis/chronic fatigue syndrome (ME/CFS).

Next Post: Fibromyalgia: What to understand and how to manage (Part 2)

Previous Post: Antidepressants & Sex: What you need to know