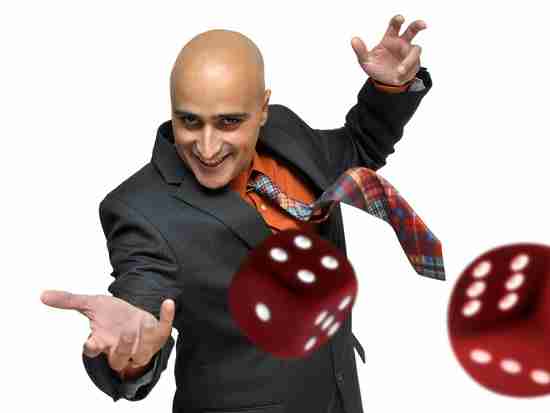 Holed-up in her comfort zone, Kim had her strategy set in stone. She’d go ahead and venture-out once she was 90% symptom-free. “Yeah, that’s the ticket.” But that was two years ago, and the stone remains solid.

Yep, I know all too well the reasoning behind getting our symptoms straight before we venture-out. And I know it’s absolutely backwards. I mean, doesn’t it make sense that with rare exception symptoms don’t magically resolve on their own – that overnight miracle?

I hear it all the time from clients. Heck, I declared the same all those years ago…

I really am going to venture beyond my comfort zone, Bill. I am, for sure. But I’m going to wait until I’m pretty much symptom-free. I just don’t want to risk falling flat on my face.

Doesn’t matter the circumstances – generalized anxiety, a depressive episode, panic attacks, social phobia, a body image issue, agoraphobia, psychosis – few of us want to venture beyond our comfort zone(s) when our symptoms are churnin’. Unfortunately, that can be a chronic predicament.

Really, it all comes down to risk-taking. And that typically isn’t our strong suit.

The Truth and Rollin’ Those Bones

Read Kim’s strategy again. Fact is, the way she has it figured is backwards (and I suspect she knows it). Symptoms go bye-bye when we take risks, being willing to move forward into the (perceived) unknown in the face of (perceived) danger.

So, you’re thinking I came by the truth in a clinical text or article? No, life brought it my way – that school of hard knocks.

A number of years ago I was unemployed and frozen in symptoms. Dang, you name it – panic, agoraphobia, generalized anxiety, depression. And the frosting on the cake? Derealization and depersonalization.

Now, I badly needed a job and knew I’d have to venture-out to score. And I was fully aware it was going to have to happen while eyebrow-deep in symptoms. I mean, there wasn’t going to be an overnight miracle.

Well, I had an interview one sweltering-hot summer day, and believe me when I tell you I was going “gaga” with symptoms. Still, I knew I had to head-out and somehow ace the interview. I still remember the drive – upper-90s temps, dripping sweat, mouth so dry I could barely open it, hair-on-fire anxiety, and feeling so perceptually detached from my surroundings – myself.

But doggone it, I got there and, indeed, aced the interview. I was offered the job a week later and accepted.

By the way, taking that job in the human services field – I’d been in marketing – led to my enrollment in grad school and earning my counseling credentials.

Yep, I know all too well the reasoning behind getting our symptoms straight before we venture-out. And I know it’s absolutely backwards.

I mean, doesn’t it make sense that with rare exception symptoms don’t magically resolve on their own – that overnight miracle? No, they require cognitive and behavioral intervention and management, both leading to extinction of our faulty patterns of thought and subsequent dysfunctional feelings and behavior.

Feeling More at Ease with Our Symptoms

Do your symptoms freak-you-out? Let’s see if we can get you to feel more at ease with them by absorbing the insight of Dr. M. Scott Peck from The Road Less Traveled…

The symptoms and the illness are not the same thing. The illness exists long before the symptoms. Rather than being the illness, the symptoms are the beginning of its cures. The fact that they are unwanted makes them all the more a phenomenon of grace – a gift of God, a message from the unconscious, if you will, to initiate self-examination and repair.

Hmmm, I still carry an index card in my wallet with that written upon it.

Absolutely, holed-up in her comfort zone, Kim had her strategy set in stone. She’d go ahead and venture-out once she was 90% symptom-free. “Yeah, that’s the ticket,” she said.

But, again, that was two years ago, and nothing’s changed.

Name it – generalized anxiety, a depressive episode, panic, social phobia, a body image issue, agoraphobia, psychosis. The only way our symptoms are going to become tolerable – or go bye-bye altogether – is when we venture-out in spite of them. It’ll never be the other way around.

So come-on, be a risk-taker. Roll the bones!

You can do this.

Lookin’ for more mood and anxiety disorder insight and info? Plenty of Chipur titles to go around.

Next Post: The Ruminating Dilemma | Understanding and Solutions (Yanking the Velcro)