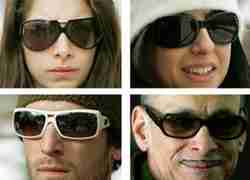 “Sure seems like I’m stuck in the mire of today (and yesterday) – and it’s depressing as all get-out. Any ideas as to how to skip the swamp?”

There are always ideas for relieving depression here on chipur (anxiety and bipolarity, as well). What say we check-out a new depression treatment known as Future-Directed Therapy™ (FDT)…

And you thought it was just the preferred hospital of your favorite Hollywood star. Well, a research team from Cedars-Sinai’s (Los Angeles) Department of Psychiatry and Behavioral Neurosciences  has developed a brand-spankin’-new treatment for depression. Works for anxiety, as well; however, we’re going to stick with the depressive piece here.

The team was led by Jennice Vilhauer, PhD, and the study results were just published in CNS Neuroscience & Therapeutics.

Okay, “the old stand-by,” cognitive-behavioral therapy (CBT), works well for those enduring depression. FYI, CBT is about helping an individual discover his/her patterns of faulty thinking and belief – and altering them. The impact upon emotion and behavior can be significant.

But FDT takes relief to a higher level. Not only does it bring excellent results for depressive symptoms, it facilitates improvement in one’s overall quality of life.

And how ’bout this? Dr. Vilhauer’s study is the very first to demonstrate that increasing an individual’s positive expectations regarding the future can, in fact, reduce depressive symptoms.

“Recent imaging studies show that depressed patients have reduced functioning in the regions of the brain responsible for optimism…Also, people with depression tend to have fewer skills to help them develop a better future. They have less ability to set goals, problem solve or plan for future events.”


FDT teaches an individual how to think more positively about the tomorrows in his/her life. Even more, it assists the individual in actually planning and implementing strategies to create upbeat future experiences.

Let’s make it personal. If you’ve participated in psychotherapy, you’ve no doubt spent significant session time swirling around the ick in your life – present and past. Likely ad nauseum.

Think about it – doesn’t that serve to worsen your depression, and throw your quality of life in the dumpster? Sure sounds like a bucket of cold water over the head to me.

Why would you be motivated to pour the foundation for some cool tomorrows when you’re chest-deep in the swamp of a not-so-happy present and past?

Doesn’t it make sense that – well – future-directed work would raise your levels of inspiration and motivation?

Alrighty, then – let’s see what kind of numbers the research team produced to back their FDT success claims.

In addition to their session-work, the participants read a chapter from an FDT manual and completed worksheets aimed at improving specific skills (e.g.: goal-setting).

And then there was the infamous “other” group, consisting of 17 MDD sufferers. You guessed it! They participated in group cognitive therapy.

Depression and anxiety symptoms, as well as quality of life, were tested before and after treatment using several respected assessments.

Hmmm. Looks as though Vilhauer and the gang are on to something. Ya’ think?

The more we learn about the emotional, mental, and physical contributors to depression, the more likely we are to see spot-on therapies. And that’s exactly what Dr. Vilhauer and team have brought us with Future-Directed Therapy™.

To learn much more, hit the FDT website at futuredirectedtherapy.com. Well worth your time!

If you’d like to see a listing of all chipur Feelin’ Better articles, click away here. For articles on the psychology of the mood and anxiety disorders, here’s the ticket.