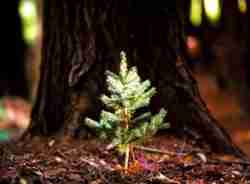 You worked so hard over the past two years, your eyes fixed upon the position since you hired-on. It was everything you wanted professionally, and you loved the company you worked for.

Well, the promotion hadn’t occurred and you began to run out of hope two months ago. So you decided to shop around, saying to yourself, “Heck, maybe I’d be better off elsewhere.”

You got word of an open position with another company just like the one you have now, with the very same opportunity for promotion to your dream job. You interviewed for the position and about 10 days later you received an offer, which you accepted.

So you submitted your two week notice and when your manager asked if you were sure, you nodded your head in affirmation. And that was that.

Your soon-to-be ex-manager took you out to lunch on your last day at the office. She even sprung for a bottle of wine. And then she dropped the bomb. She told you your name had been submitted for promotion (remember – that job you craved?) and she was sure the job would have been yours.

But it seems her boss couldn’t tolerate your “betrayal,” and instructed your manager to leave well enough alone – letting you go.

Enter the wisdom of Thomas Edison…

“Many of life’s failures are people who did not realize how close they were to success when they gave up.”

That quotation has brought me an amazing amount of hope and drive over the many years.

I remember so well the utter hopelessness and helplessness I felt as I was enduring and battling panic, anxiety, depression, and alcoholism. I mean, I’d work and work and work some more; however, in my mind anyway, just couldn’t seem to see the light at the end of the tunnel.

And you’d better know I thought plenty of times about throwing in the towel – but some sort of stupid blind faith well beyond my conscious awareness kept my nose to the grindstone.

And the same dynamics are involved with chipur. I devote so much time and sweat to the project and can’t imagine why I don’t have 1,000,000 hits a day and hundreds of thousands of readers and comments (as unrealistic as that may be just now).

Again, you’d better know there have been times when I publish an article and wonder, “Okay, so who’s really going read, appreciate, and comment on this?” But give up? No way.

So what about you? Whether it has to do with a mood, anxiety, or substance abuse issue – or something else entirely – have you ever felt like giving up?

Maybe you do right now. Maybe you already have. Yes, in spite of your emotional, mental, physical, relational, and financial investment; you’re ready to cash-out.

And what if it all was about to blossom – within days – and take you to a place you could never have imagined?

And you quit, causing a deflation and demeaning of self seemingly surpassing the potential for recovery?

Again, those words from Thomas Edison (who, no doubt, experienced the same in his work – how do you think he came up with the observation?)…

“Many of life’s failures are people who did not realize how close they were to success when they gave up.”

Hanging in there has more than paid off for me. How couldn’t it work for you?

For a list of chipur Feelin’ Better articles, tap here.

Next Post: Managing Bipolar Disorder with Yoga and Meditation