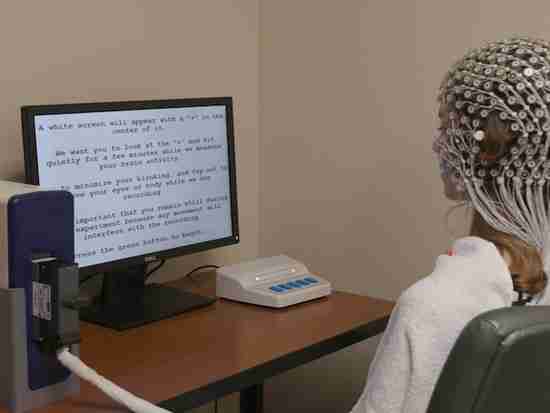 There is no cure for depression. Heck, we don’t even have remedies that work for the majority of sufferers, the majority of the time. But we can’t throw up our arms in resignation. I mean, check-out these exciting high-tech treatment developments from UT Southwestern…

Yes, tools such as artificial intelligence, brain imaging, and blood tests hold the potential to revolutionize psychiatry in the coming years.

News flash! I buy into a bit of guilt when I write and post a science-based article. Here’s the dilemma. It’s important to bring you scientific information, especially research. After all, it’s knowledge pertaining to a huge piece of anyone enduring a mood or anxiety disorder. And it can bring hope.

The problem is, I can’t offer relief absolutes. I can’t say, “If you do ‘X,’ you’ll be misery-free.” That bothers me – a lot. But I guess that’s what has to happen right now as we try to understand the most mysterious three-pound mass on the planet.

So okay, enough for lamentations. We have work to do. Let’s focus upon some very exciting research – and be glad for what we have…

Researchers at UT Southwestern (University of Texas Southwestern Medical Center) initiated a national trial in 2011 to better understand the mood disorders. Actually, it was a multi-site trial that included Stanford, Harvard, and other institutions.

Lo and behold, the trial has recently produced what scientists are calling a “flagship finding”: a computer that can accurately predict whether an antidepressant (AD) will work based upon a patient’s brain activity. There’s the setup in our featured image.

Ah, but there’s more than just that. There have been several studies from the original trial that cumulatively show how high-tech strategies can help with objective diagnosis and the prescribing of depression treatments. Yes, tools such as artificial intelligence (AI), brain imaging, and blood tests hold the potential to revolutionize psychiatry in the coming years.

These studies have been a bigger success than anyone on our team could have imagined. We provided abundant data to show we can move past the guessing game of choosing depression treatments and alter the mindset of how the disease should be diagnosed and treated.

Now, you may be saying to yourself, “I thought that was what genetic testing was all about.” Keep in mind, what’s commonly known these days as “genetic testing” – choosing ADs based upon identifying specific biomarkers – isn’t at all what we’re talking about. Furthermore, “genetic testing” is very young science and its efficacy is questionable. 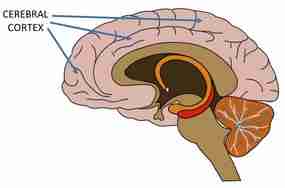 Published in the journal Nature Biotechnology, the “flagship finding” results came from studying 300 participants with depression. They were randomly assigned to receive a placebo or a selective serotonin reuptake inhibitor (SSRI). I believe it was sertraline (Zoloft).

Researchers used electroencephalogram (EEG) to measure electrical activity in the brain’s cortex prior to treatment. The team then developed a machine-learning algorithm (the AI piece) to analyze and use the EEG data to predict which patients would benefit from meds within two months.

Wonderfully, AI accurately predicted outcomes. Even more, further research suggested that patients who were doubtful to respond to an AD were likely to improve with other interventions such as psychotherapy or brain stimulation.

Heck, the findings were validated in three additional patient groups.

Next steps include developing an AI interface that can be widely integrated with EEGs across the U.S. Seeking U.S. FDA approval is also on the to-do list.

EMBARC evaluated patients with major depressive disorder using brain imaging and assorted DNA, blood, and other tests. Why? Well, Trivedi was troubled by a finding from the infamous STAR*D study, which he led…

Two-thirds of patients don’t respond to their first antidepressant. Yikes!

So the good doctor reasoned it would be best to identify at the onset of treatment the most effective intervention for a particular patient.

Previous EMBARC studies had identified various predictive tests, including MRI, to examine brain activity at rest and during the processing of emotions.

From that, Trivedi came to the conclusion that EEG would likely be the tool of choice because it’s less expensive and in most cases equally as effective, if not more. Still, blood work and/or MRI may be indicated in some cases.

There are many signatures of depression in the body. Having all these tests available will improve the chances of choosing the right treatment the first time.

Continuing to work toward improving depression’s remission rate, Dr. Trivedi has initiated other biggee research projects. The D2K study will enroll 2,500 participants with depression and bipolar disorder, following them for 20 years. The RAD is a 10 year study of 2,500 10-24 year olds designed to uncover factors that reduce the risk of developing mood and anxiety disorders.

Utilizing some of these participants, Trivedi’s team will study results from several other tests to assess biological signatures in an effort to ascertain the most effective treatments.

I gotta’ tell ya’, I’m very excited about this work. And I’m thrilled that scientists like Dr. Trivedi are hot on the discovery and treatment trail of the mood and anxiety disorders.

Sure, I wish I was writing the post that announced a cure for depression, bipolarity, and anxiety. But we all know that article is down the road. After all, the brain. Right?

Nonetheless, let’s try to be glad – hopeful – that this fine work continues. I mean, it’s all we have – right now.

Speaking of original articles, there are hundreds upon hundreds in the Chipur archives.

Next Post: Life in the Mood & Anxiety Disorder Neck of the Woods: Making Sense of It All