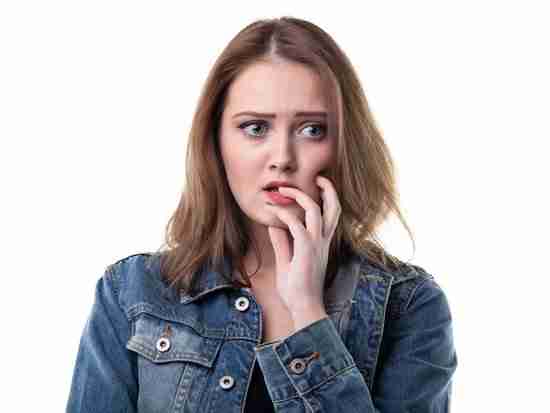 Guilt can be crippling. Repeatedly pounding your brain with “I know I didn’t do anything wrong, so why do I feel guilty?” will wear you down. That’s no way to live, so let’s talk about this toxic phenomenon…

…keep in mind that a total cessation of guilt isn’t the goal. After all, you may be at the mercy of assorted biological and environmental factors.

Guilt can be a difficult issue for anyone. But it’s especially challenging for those of us enduring a mood or anxiety disorder. I mean, we can be so hard on ourselves.

Do you think it’s a good idea to discuss guilt? I sure do, so let’s get after it…

Guilt according to the psychoanalysts

Before we dig-in, since I’ll be referring to the id, ego, and superego, I want to make sure you can bone up on Sigmund Freud’s psychoanalytic theory, if you’d like. Verywell mind offers a great explanation.

Okay, regarding guilt, Freud and the psychoanalysts submit that a person has to consider the superego – in effect, our active conscience. On the other end of the spectrum is the id, home of our primal wishes. For the record, according to Freud, the interplay of the superego and id is managed by the ego.

The personality of the superego

Now, some theorists propose that a person’s superego can have, shall we say, a personality. It can range from very easygoing to tough as nails. Within this context it would only make sense that a “mentally and emotionally healthy” (if there is such a thing) person’s superego would lend a hand in feeling good about self.

Yes, this particular superego, like a good parent, would administer discipline when the person has thought or behaved badly, and the “punishment” is generally delivered in the form of guilt. But when the person makes sincere attempts at making right their transgressions, the superego awards due credit and forgives. This is the psychoanalytic dynamic of self-forgiveness.

It would follow, then, that the tough as nails superego isn’t so nurturing. It pounds the person with massive portions of guilt for a multiplicity of supposed offenses, causing them to constantly and desperately seek emotional and mental shelter.

Each futile attempt at lightening the burden of guilt is greeted with truckloads of shame, instead of relief. Theoretically, it’s this dynamic that greatly inhibits any sort of “making things right,” and, ultimately, leaves the person entangled in a web of self-disapproval and internal self-assault.

People with superegos this brutal are forced to find some way – any way – of relieving their overbearing burdens of guilt and shame.

Sadly, this is accomplished by using a variety of toxic internal and external methodologies. The bottom-line? Without intervention, an often-difficult existence, plagued by harmful thoughts, feelings, and behaviors toward self and others.

Guilt according to the cognitivists

Now, the cognitivists (cognitive theory and therapy), led by Aaron Beck, would agree with the psychoanalysts that guilt is a powerful and potentially harmful emotion. However, they submit that guilt is grounded in all things real or perceived, highly influenced by genetics, life-experience, and learning. 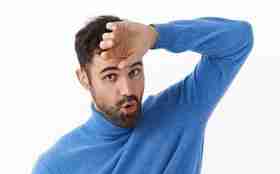 “Phew! Thanks, Bill. I was feeling guilty about not understanding guilt.”

According to the cognitivists, one of the foundations of guilt is negative self-thought. That said, the guilt-ridden person generally turns blame for unfortunate circumstances inward.

Yes, though the behavior presentations associated with guilt hold the potential to be outwardly harmful, it seems most of the lashing out is directed at self. Any harm inflicted upon others is less directly aggressive and more resentment or passive-aggressive based.

How to manage guilt

Well, for those struggling with a mood or anxiety disorder, here’s my take on managing guilt…

First and foremost, no matter what kind of personality your superego may happen to have, being proactive in making things right with yourself needs to be an ongoing priority.

If you’ve caused harm to someone, approach them and offer a sincere apology. If some sort of debt has been incurred, suggest and work out a settlement – and make sure you hold up your end of the deal.

Then move on with your life in an enlightened and recovery-driven manner. Good people will gladly accept the sincerity of your thoughts and words, and the action backing them. If they don’t, it’s on them.

Don’t ever forget to settle accounts with yourself. And now that you have insight into how cruel we can be to ourselves, and why, if you have a hard time managing your guilt, consider turning to a therapist for help. Come on, be good to yourself.

As we close, keep in mind that a total cessation of guilt isn’t the goal. After all, you may be at the mercy of assorted biological and environmental factors. But if you stay up to speed on how guilt works in you, learn to manage it and its fallout – in the moment and after – you’ll know you’re doing the best you can. And you can expect a nice outcome.

Guilt: one toxic phenomenon. And you can’t just roll over and accept it. Never forget, you absolutely have the authority and ability to confront and manage guilt.

So, get it done. Heck, you know you’ll feel guilty if you don’t.

Next Post: I am a rock. I am an island. But I swear I don’t want to live like this.