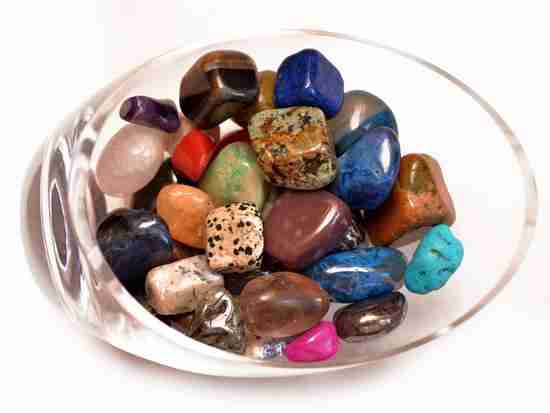 Mood and anxiety woes can be brutal. So who could blame a sufferer for considering any and all relief options? I recently heard from someone who’s benefited from using healing crystals. Let’s talk about why they may help you feel better…

Dusted-up an article last week that I’d written in 2018: 21 grounding techniques to get you back in the moment. As usual, I took it to social media, which included our private Facebook group, Chipur: Living with the Mood and Anxiety Disorders.

It wasn’t long before a member commented that she’s used grounding techniques frequently. She went on to say she carries a bloodstone in her pocket and rubs it as needed. She also uses other healing crystals. Her take? “Not every one believes in healing stones, but I feel why not?”

I agree with her. So much so that I decided to do some digging and bring the scoop to you.

What are healing crystals?

Healing crystals (stones) are semiprecious crystals and stones used to facilitate what’s known as crystal healing. Crystal healing is considered to be a pseudoscientific alternative medicine intervention. You guessed it, though it’s been used by tens of millions for thousands of years, there’s no scientific basis for its healing power (kind of like antidepressants, right?).

An example of crystal healing in action is the practitioner placing the appropriate crystals on different parts of the body, which may correspond to chakras. It’s all about the promotion and movement of healing energy in the body and mind, while removing negative energy.

There are many other healing crystal applications, such as using them during meditation and mindfulness sessions. You’ll also find them in personal items like prayer beads, jewelry, and water bottles. 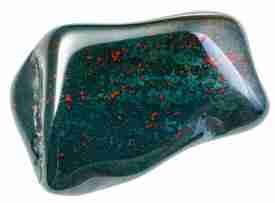 Healing crystal selection is based upon personal need and claimed benefit. And I’m sure color and shape are significant factors. In fact, I wouldn’t be surprised if they’re the primary decision-makers.

Keep in mind, assorted crystals are frequently used together for a desired effect.

Makes sense that there are plenty to go around. But let’s take a look at 12 popular healing crystals…

So what are we to make of this? Can crystals and stones really wield the kind of power we just reviewed? I mean, it’s considered pseudoscience – no scientific evidence to support it whatsoever.

All too often traditional remedies for the mood and anxiety disorders don’t cut it. So if a suffering soul decides to turn to – believe in – healing crystals for relief, who could possibly pass judgment?

Just think about the beauty and feel. Is it difficult to understand why they equate to healing for so many?

Yep, mood and anxiety woes can be brutal. And those dealing with them have the right to consider any and all relief options.

Are healing crystals for you?

I appreciate the resource material from Emily Rekstis, whose article, Healing Crystals 101, appeared on Healthline.

Next Post: Aromatherapy: The benefits you need to know