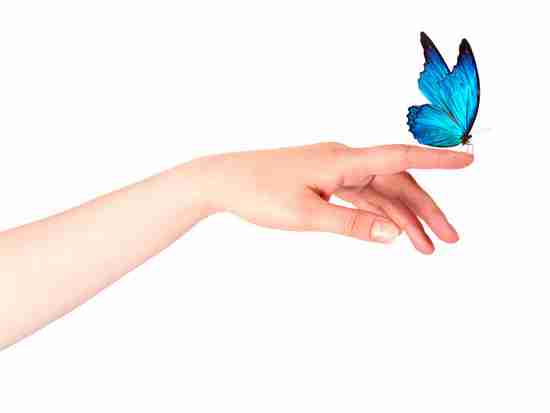 Anxiety disorders are just plain nasty. Trust me, I’ve shared my life with a couple. Yeah, there are plenty of meds available that may provide relief, but count-on-it effectiveness remains a disappointing problem. So is there any hope? Let’s do an update on drugs in development for anxiety…

You may find this baby to be a real gas. Actually, it is. Nobilis Therapeutics is developing NBTX-101, its active ingredient being xenon – an odorless, colorless gas…

Last week we discussed drugs in development for depression. There were some impressive prospects. So now it’s about anxiety. Again, some very hopeful things on the horizon, but I have to say a smidge less impressive than the depression side of the fence.

If I’m right, why do you suppose that is?

You know, I’ve given it a lot of thought and came up with three angles. First, the anxiety disorders aren’t as “cool” as depression. What?! It’s true. I’ve noticed over the years that depression garners a lot more public, as well as research, attention – though it still isn’t nearly enough.

Then there’s the reality that with the exception of unipolar and bipolar, depression is, well, depression. But anxiety can be generalized, separation, social, phobias, panic, agoraphobia, PTSD, and OCD (the last two are now in different DSM-5 diagnostic categories). And though there may be significant anatomical and biochemical common ground, just as significant variations remain.

Finally, there’s the dough. As much as they may sincerely want to help, pharma companies aren’t going to invest $2.5 billion (shockingly realistic) to bring a drug from invention to pharmacy shelves without a healthy profit opportunity. I’m thinking depression meds’ potential is stronger.

Okay, so much for the warm-up. Let’s get busy…

Drugs in Development for Anxiety

There are a good number of drugs in development for the treatment of assorted anxiety disorders. Can’t review them all, but here are five that merit attention. I’ll slip you a link at the end where you can find more…

Being developed by Avineuro Pharmaceuticals, AVN-101 is in Phase 2 (of 3) of FDA-approval clinical trials for the treatment of generalized anxiety. It primarily targets specific serotonin receptors; however, it also influences histamine and adrenergic (epinephrine/norepinephrine) receptors. It’s being called a serotonin receptor modulator.

Tonix Pharmaceuticals is developing Tonmya (TNX-102-SL), a sublingual product for the treatment of PTSD. It’s in Phase 3 clinical trials. Tonmya targets the mechanisms associated with disturbed sleep and nightmares. So it’s believed that increasing sleep quality in those dealing with PTSD may flip the switch on the body’s adaptive ability to recover from severe trauma – equating to improved daytime symptoms.

What’s especially interesting about Tonmya is it’s low-dose cyclobenzaprine. You may know it as Flexeril, used for sudden onset muscle spasms. It targets serotonin, alpha-1-adrenergic, and histamine receptors. The sublingual application is designed to optimize delivery and absorption, as well as minimize side effects.

Being developed by Azevan Pharmaceuticals, SRX246 is an oral medication for the treatment of PTSD and generalized anxiety. It’s in Phase 3 trials for PTSD and Phase 1 for anxiety. SRX246s target is the hormone vasopressin. The idea is that working with V1A receptors may reduce overall stress or neural circuitry dysregulation.

You may find this baby to be a real gas. Actually, it is. Nobilis Therapeutics is developing NBTX-101, its active ingredient being xenon – an odorless, colorless gas with very low chemical reactivity. It’s in Phase 2 trials for the treatment of PTSD. I might add, giving it a go for the treatment of panic attacks is producing very promising results in Russia.

Now, I typically include the neurotransmitter, hormone, etc. the drug targets; however, this one’s really complicated and I don’t want to gum things up. Let’s just say the action begins on glutamate’s NMDA receptors and it ends up reducing excitatory, and increasing inhibitory, neurotransmission. So how well will it work? Well, rodents that had been exposed to xenon immediately after fear memory reactivation showed a significant reduction in freezing – and I don’t mean temperature.

Pherin Pharmaceuticals is developing Aloradine (PH94B), an as-needed nasal spray for the treatment of social anxiety – primarily in women. Men? Sorry guys, it’s not looking good. It’s in Phase 3 trials. Aloradine is also being investigated for the treatment of generalized anxiety. Yes, primarily in women. Another roundabout and complicated chemical journey, but the bottom-line is the ultimate target seems to be GABAA receptors – same as the benzodiazepines. So there you have the anxiolytic-like effect.

Before we close, I want to mention just a few more med possibilities beyond the present-day roster of antidepressants and benzos. Maybe you’re familiar with hydroxyzine (Atarax, Rezine, Vistaril) and buspirone (Buspar). Certainly no guaranteed scores, but both are worth a look-see and chat with your doc.

And in terms of drugs in development, let’s not forget those we reviewed last week in “Hope for Depression: An Important Update on Drugs in Development.” As you likely know, what works for depression may provide relief for anxiety.

Well that’s going to do it, people. Yep, anxiety is nasty, awful business. And though there are plenty of meds available, just like drugs for depression, efficacy is a problem.

So for the sake of hope we need to keep our eyes on the development pipeline. And while we’re waiting for our ships to come in, we have to stay focused on therapy, lifestyle habits, yoga, meditation, supplements, and more.

We’ll make it through…

Hey, thanks to Mental Health Daily for one of my sources: “9 New Anxiety Medications (2018): Drugs in Clinical Trials.” The article features a handful of meds I didn’t include here.

And don’t forget those Chipur articles. Plenty of help awaits.

Next Post: The Freeze Response (and the temperature could be a sizzling 90 degrees)

Previous Post: Hope for Depression: An Important Update on Drugs in Development