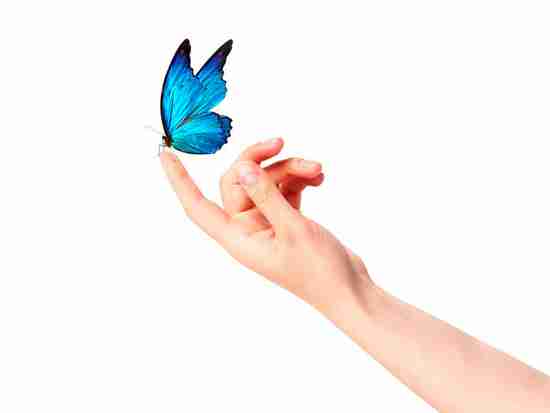 Sure, meds for depression have been around for decades. But availability has never been the issue. Efficacy is. Understandably, so many, suffering so badly, are looking to the drug development pipeline for any glimmer of hope. So what say we do an update…

Interestingly enough, instead of a daily pill, it would likely be taken episodically, or maybe just once a month.

Okay, we have a lot to cover, so I’m not going to waste time and space on froufrou. I mean, we know the mission, right? Let’s get after it…

Interesting that one of the best resources I found for depression med$ in development is a business publication, don’t you think? Anyway, what you’re about to read is grounded in both pieces…

Let’s start with ketamine, which we’ve discussed many times. Most know that ketamine infusions are available as an intervention for treatment-resistant depression. But that isn’t, at all, the entire ketamine story.

Years ago, as the powerful anti-depressive effects of ketamine began to be observed and noted, some very wise researchers, well, “put two and two together” – and came up with a mighty sum.

See, ketamine acts upon the neurotransmitter glutamate, specifically its NMDA receptors. So if ketamine is such a stunning anti-depressant, perhaps the same result can be achieved by exploring other compounds that impact NMDA receptors. Makes sense to me.

Keep in mind, this angle is revolutionary and I believe extremely hopeful. Fact is, we’re no longer working with the monoamines: e.g. serotonin, dopamine, epinephrine, norepinephrine – the traditional targets of antidepressants.

Okay, several “pharma” have been hard at it developing NMDA-targeting drugs. We’ll call them ketamine “resemblers.” Allergan’s injectable, rapastinel (GLYX-13), is in Phase 3 (of 4) of the FDA clinical trials process. Good news is, the FDA has given it an expedited status. A tablet version is in an earlier phase of trials.

Johnson & Johnson continues to work on its nasal spray, esketamine. It also has an expedited FDA status and has completed Phase 3 trials. VistaGen is studying a tablet formulation similar to rapastinel, known as AV-101. It’s in Phase 2 and has been given expedited status.

Sage Therapeutics is developing brexanolone, which acts upon our most abundant inhibitory neurotransmitter, GABA. The idea is, depression is addressed by applying a brake in an effort to slow down parts of the brain subject to over-excitement. Brexanolone is in Phase 3 trials for the treatment of postpartum depression and major depressive disorder.

But Sage has more up its sleeve. SAGE-217 is the new and improved version of brexanolone and is in Phase 2 trials. Interestingly enough, instead of a daily pill, it would likely be taken episodically, or maybe just once a month. And that’s because influencing the GABA system, SAGE-217 is expected to work faster and longer.

Alkermes continues its efforts to bring ALKS-5461 to the market. It’s a compound designed to modulate our opioid system. Combined are buprenorphine, a drug often used for pain and opioid dependence, and Alkermes’ samidorphan (ALKS-33), which puts the kibosh on the euphoria and dependence that may be generated by buprenorphine. ALKS-5461 is pending FDA approval.

And then there’s psilocybin, the main psychoactive ingredient in hallucinogenic mushrooms. Researchers have likened its quick impact on the anxiety and depression of cancer patients to a “surgical intervention.” Brain scan studies show that depression ramps-up activity in brain circuits linked with negative emotions and weakens activity in circuits linked with positive ones. It seems psilocybin restores balance.

Compass Pathways and Atai are heavy into research and development. I wouldn’t look for this baby for five to ten years.

But There’s So Much More…

No way could I report on every anti-depressant drug in development, but someone came up with a detailed list of 30+. It’s excellent, so head over to Mental Health Daily and read “30+ New Antidepressants (2018): Drugs in Clinical Trials.”

Who could blame someone struggling with depression for desperately looking to the drugs development pipeline for any measure of hope. I mean, again, availability isn’t the issue, it’s efficacy.

I’m pleased to have brought you this update, and want you to take heart in it. Yes, I know these meds aren’t going to be available tomorrow, but I really believe some good things are coming in the not too intolerable future.

In addition to the Mental Health Daily piece, be sure to read the Business Insider articles…

“From ‘magic mushrooms’ to ketamine: Inside the hunt to find the first new depression drug in 30 years”

“A fresh crop of promising drugs is poised to change the way depression is treated for the first time in decades. Here are the ones to watch in 2019“

And, of course, those Chipur titles.

Next Post: Hope for Anxiety: An Important Update on Drugs in Development