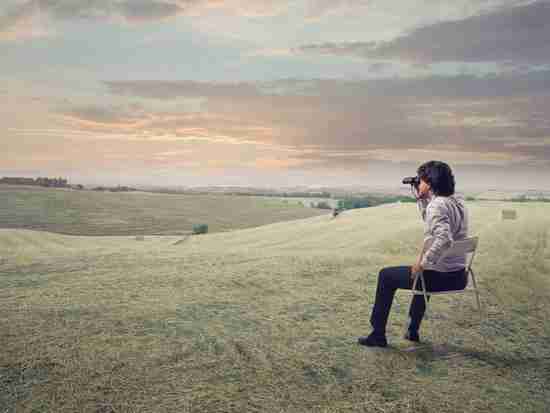 PTSD, stress, major depressive disorder – any emotional or mental set of circumstances. If you’re hurtin’ for certain, you want relief yesterday. But doesn’t it feel good (even a little) to know hope is on the horizon? Check-out these gold research nuggets…

When I was a teen, I never missed a Jerry Lewis Muscular Dystrophy Telethon. One of the things that held my attention was the fact that there really wasn’t a whole lot of hope for relief in the immediate floating around. I mean, it was really about funding research, the benefits of which were years down the road. Still, hope ruled the day, and the spirit was electric.

And so it is with the mood and anxiety disorders. Actually, there’s more available in the way of immediate relief than what existed for muscular dystrophy in the 1960s and 70s. However, the big-bangs of hope are on the horizon. Check-out three gold research nuggets for PTSD, stress, and depression…

(Looong article warning! Okay, I’m known to do that – but it’s about the info, right?)

Massachusetts Institute of Technology researchers have extinguished deeply burned traumatic memories (in mice) by administering a HDAC2 inhibitor. It’s thought giving the drug to humans participating in psychotherapy would boost the impact of the work.

By inhibiting HDAC2 activity, we can drive dramatic structural changes in the brain. What happens in the brain becomes more plastic, more capable of forming very strong new memories that will override the old fearful memories.

Operating under the premise the older a memory is, the harder it is to change; the research team decided to treat mice with 30-day-old traumatic memories with an HDAC2 inhibitor shortly after re-exposure to the fear stimulus. Outcome? The memories were extinguished just as easily as in mice with memories 24-hours-old.

Our experiments really strongly argue that either the old memories are permanently being modified, or a new much more potent memory is formed that completely overwrites the old memory.

Tsai believes it’s time to start clinical trials for the treatment of PTSD , as well as other anxiety disorders, with HDAC2 inhibitors.

Collaborating scientists at The Scripps Research Institute, the National Institutes of Health, and the University of Camerino (Italy) have completed a fascinating study on stress. Seems we have a brain system that specializes in moderating its effects. It’s driven by nociceptin – and it’s become a potential intervention target for stress-related issues, as well as the anxiety disorders.

Several studies in rodents had found evidence that nociceptin acted in the amygdala (huge in memory and emotional reaction), its mission to counter the anxiety-producing effects of acute stress. The research team wanted to learn more, and here’s what they discovered. Exposure to stress generates an over-activation of nociceptin in the central amygdala. This appears to be an adaptive feedback response designed to bring the brain back to a state of normalcy.

Given what they now know, the team wants to determine if, in fact, this feedback response becomes dysfunctional in reaction to chronic stress.

Hey, compounds that mimic the action of nociceptin are in development. Some of these compounds appear to be safe and well-tolerated in animals, and could soon be ready for human testing.

Okay, let’s head to Israel where researchers from The Hebrew University of Jerusalem have discovered that changes in a specific type of non-neuronal brain cells, microglia, are foundational in depressive symptoms related to chronic stress.

The team found that during the first week of stress exposure, microglia increase in size and produce specific inflammatory molecules. Then some begin to die.  When this occurs within a specific brain region involved in stress-response, on come icky manifestations such as depression.

In the lab, when the initial stress-induced activation of microglia was blocked, microglia cell death declined – along with depressive symptoms. Furthermore, when “depressed” mice were treated with drugs that stimulated microglia, and increased their number to a normal level, there was peace in the valley.

We were able to demonstrate that such microglia-stimulating drugs served as effective and fast-acting antidepressants, producing complete recovery for the depressive-like behavioral symptoms, as well as increasing the neurogenesis to normal levels within a few days of treatment. In addition to the clinical importance of these results, our findings provide the first direct evidence that in addition to neurons, disturbances in functioning of brain microglia cells have a role in causing psychopathology in general, and depression in particular…

Oh, The Hebrew University has applied for a patent for the treatment of some forms of depression with several specific microglia-stimulating drugs.

So how ’bout those gold research – hope – nuggets? Yes, I know we’re not chin-deep in immediate relief options; however, just like the folks so emotionally vested in the Muscular Dystrophy Telethon, we have to keep our eyes on the horizon.

PTSD, stress, major depressive disorder – other mood and anxiety disorders – if they’re turning your life upside-down, take heart and hope in knowing creative work is being done to bring you healing. Please hang in there, k?

Many, many more Chipur articles await. Take the time to check ’em out.