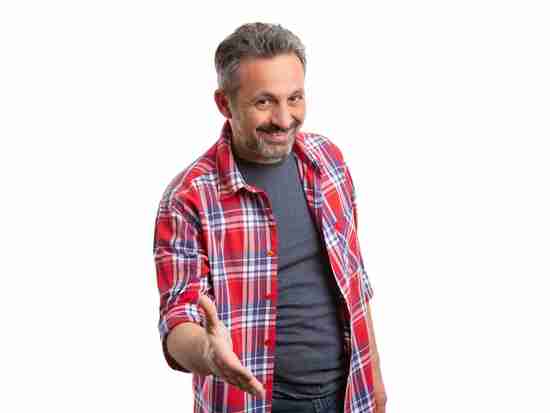 Our guy looks friendly, doesn’t he? Downright welcoming, if you ask me. Could you refuse his gesture? I’d shake his hand, even if I knew we disagreed on the issues of the day. If you’d take him up on his offer, maybe we’re the exception. Sadly, I’m beginning to think so…

In my opinion, society has been navigating with a broken moral compass for quite some time. In addition, coveting money and power has gotten way out of hand.

So I make my move to get in line at the convenience store yesterday, as another guy did the same. It was a draw. But the man took a step back, looked me right in the eye, smiled, and said, “Go ahead. People get so upset over the silliest things these days.”

I returned the smile, thanked him, and took my place. We went on to shoot the breeze as I waited for my turn to visit the cashier. Sure, the encounter was brief, but it was warming.

Naturally, it got me to thinking…

The Times: They Have Changed

At 65-years-old, I’ve been around the block a time or two (or ten). I can tell you the way we’ve treated each other during difficult times hasn’t always been pretty. Significant trigger events you may not have been around to experience? The assassinations of John and Robert Kennedy, the Viet Nam War, the beginnings of the civil rights movement – to name a few.

But as threatening, scary, and mean as things got during those times, none of it compares to the cold and hateful rage we’re seeing – feeling and reeling from – these days. Believe me, it’s different.

I don’t think it takes a PhD in sociology to figure out that politics is the driving force behind the tornadic circumstances we’re trying to survive. Now, my context is one of living in the United States, but I don’t think it’s terribly different elsewhere.

We’re all so polarized, aren’t we? So either/or, good/bad. I mean, it’s left or right, liberal or conservative, democrat or republican. And, of course, the interpretation of the issues – climate change, impeachment, immigration, abortion, and so on – is largely based upon one’s either/or.

Thing is, there’s no middle ground, no compromise. You’re in or you’re out. And if you’re out, you’re stupid and scorned.

So Why Is This Happening?

I can’t count the number of times I’ve wondered how it came to this. Of course, there’s also the matter of how it’s sustained. Funny, I suppose the answers depend upon who you ask. I mean, where are they in the either/or of it all?

But maybe someone who’s striving to play it more down the middle can provide some worthy answers. And maybe, just maybe in a fleeting moment of clarity the either/or’s will open their minds and hearts to reason. Yes, maybe there’s another way to perceive and subsequently make decisions. 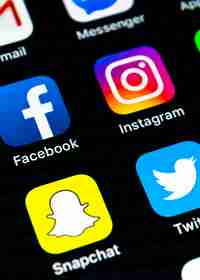 Well, I’m going to stick my neck out and suggest there are three biggie culprits driving the mess we’re in: a broken moral compass, coveting money and power, and social media.

(Man, did I just open one gigantic can of worms, or what?)

Now, one could write a book about any of the three, but I’m just going to make a statement or two. And, again, my point of view is life in the U.S. I’ll also add that I’m speaking in societal generalities.

In my opinion, society has been navigating with a broken moral compass for quite some time. In addition, coveting money and power has gotten way out of hand. Each of these culprits influences the other in a cycling chain reaction.

Sad thing is, there’s an endless supply of fuel when it comes to the mobility and growth of these two. And that means an illusion is created that’s there’s so much to lose, so much at stake. That being the case, winning is the only option, because in a society of polarization, yes, one is either a winner or a loser.

Hey, by no means am I a participation trophy kind of guy. However, I strongly believe that “winning” can occur on middle ground.

Social media? What can I say? Where else can you coldly and cruelly rip someone open without having to look them in the eye? Accountability? You’ve got to be kidding. If you want to take a cheap shot, you’re good to go.

And think about what social media has done to our motivation and ability to personally and effectively engage with another human being. It’s become a lost art.

What we’ve just reviewed is tough for most anyone to take. However, it can be especially difficult and disruptive for someone enduring a mood or anxiety disorder. Believe me, I see and hear it all the time.

What to do? There’s no shame in turning it all off. Just stay away from the news and social media if you need to. Find other things to entertain yourself and fill your time. No, I don’t believe you’d be burying your head in the sand.

Finally, monitor your own take and behavior when it comes to opposing opinions. If there’s an issue, a little restraint and kindness go a long way.

It’s a tough world, isn’t it? Things can be so cold and hard anymore.

Take a look at our guy again. Could you refuse his gesture? I sure hope not, because we really do need each other. Now more than ever…

And don’t forget to peruse the hundreds of Chipur titles.

Next Post: Living with OCD: Hell on Earth, but Hope Is Eternal

Previous Post: Borderpolar: I’m thinking I know what it is. Do I?