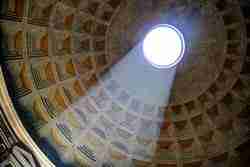 To many, hope brings vulnerability. For some, pure terror. And that’s because hope means believing there’s something better in the offing…

Yes, yes, yes – we’ve all heard it a jillion times: “I know it seems as though all is lost, but there’s always hope. Just keep crankin’ away and things will get better. You’ll see!”

Come on, you’ve tolerated that sentiment ad nauseam, right? I’m sure it’s most often offered with the best of intentions. Still, it can come off terribly shallow.

Now, don’t think for a moment I don’t believe in the power of hope when it comes to “How do I overcome depression?” Or “How do I overcome anxiety?” I mean, when I was being eaten alive by panic, generalized anxiety, anxiety-associated depression, and alcohol dependence – hope was often all I had.

But finding and locking-in to a sure sense of hope wasn’t always a given. So out of pure survival wit I’d hold-on to what I called “hope for hope.” And I learned over time it’s grounded in (psychobabble warning) temperament, ego strength, experience, support, and willingness to risk.

Let’s do the details…

Temperament
Simply, temperament is one’s characteristic mode of emotional response. I believe temperament is up and running at birth – and shaped by early life experience. Twentieth century psychotheorist Hans Eysenck believed neuroticism is one of three temperament types that may be on board as we greet the world.

“Neuroticistics” are typically fairly calm to very nervous sorts. According to Eysenck, they’re prone to “neurotic” problems – issues of an emotional or mental nature that result in stress. So it makes sense that “hope for hope” may be a tough commodity to come by for one who’s temperamentally neuroticistic.

Ego Strength
Sigmund Freud believed our psyche has three components: the id, superego, and ego. According to Uncle Siggy, it’s the ego’s job to mediate conflicts between the “I want it now’s” of the id and the “You shouldn’ts or cant’s” of the superego.

Now, playing referee to two entities that often don’t like each other can’t be easy. Nonetheless, the ego keeps plugging away at establishing and maintaining emotional and mental equilibrium. Ego-strength, then, is about how well the ego does its job. And that equates to how well we cope with life’s ongoing conflicts and challenges – or at least our potential to do so.

“Hope for hope” is obviously influenced by ego-strength.

Experience
How could anyone hold “hope for hope” if they’ve never seen hope in action? That could mean personally or in the life of someone else.

How ’bout this? I suppose there are some who have managed to travel through life without a moment of significant difficulty (or so they think?). Then something unforeseen and traumatic occurs, and they find themselves ill-equipped to manage their circumstances.

Is there a measure of hope available? Heck, there isn’t much of a chance of grasping onto “hope for hope” because there’s no understanding of the concept of hope itself.

Support
In the most dire of emergency emotional and/or mental circumstances, I can tout hope to someone until the cows come home. And s/he may well buy. But our time together will eventually end, and off they’ll go to life as they know it.

So what if that means facing the reality that they have no one – and nothing. No family, significant other, friends, home, job, or money. And no semblance of emotional, mental, spiritual, or physical support. Is it any wonder “hope for hope” may be only a pipe-dream?

Willingness to Risk
To many, hope brings vulnerability. For some, pure terror. And that’s because hope means believing there’s something better in the offing. But believing something as wild as that introduces a significant amount of risk.

See, disappointment is always a possibility. And when you’re already down, disappointment is a hard to absorb slap in the face. So hope holds the potential for delivering a very cruel blow. That said, even “hope for hope” can’t be realized without a willingness to risk.

The Wrap
I paused for some time after the idea for this piece hit home. I mean, I was endeavoring to write about the foundations of hope and “hope for hope.” But what if I somehow conveyed the message that, well, if you weren’t born with the capacity to experience either, you’re simply out of luck?

Well, it seems my own willingness to risk allowed me to “hope” that I could efficiently pass along my intended message. And here we are.

Temperament, ego-strength, experience, support, willingness to risk – all may be impediments to hope. But I know in my heart each of them can be overcome, making hope – and “hope for hope” – equal opportunity marvels.