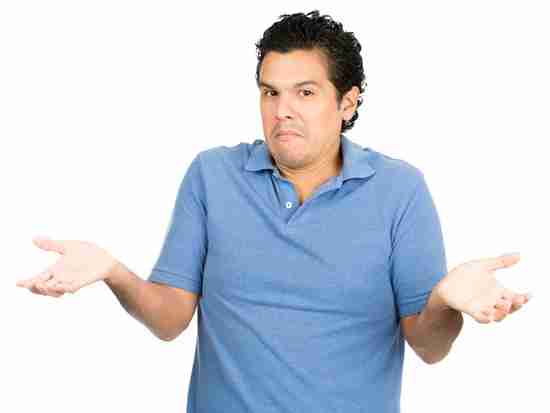 Feeling well, even just better, is the goal for any mood or anxiety disorder sufferer I’ve ever known. Meds, therapy, lifestyle changes, hard work – whatever it takes. But when we’re doing so many of the right things and happen to be using meds, what often gets the credit when we begin to feel better?

And, of course, when things begin to take a positive turn we pull the rug out from under our self-esteem by assigning credit to the meds.

Before we get waist-deep in our biz I want to make this crystal-clear: I am not anti-psychotropic med. In fact, I’ve used assorted antidepressants for thirty-years. Still do. I mean, who can deny that psychotropics can be lifesavers for countless mood and anxiety disorder sufferers.

Now that I have that “disclaimer” on record I’ll carefully share something I’ve found curious for years. With all the good things meds can bring to our tables, do we, to our detriment, place too much stock in them?

Certainly I understand the hopeful anticipation we experience when, doing horribly, we start a new med. That sort of anxious anticipation often continues throughout the three to eight week “Am I feeling better yet?” break-in period. And, no doubt, the whole time we’re pleading, begging, praying the med will “kick-in,” as though it’s our final option.

Again, I 100% get it; however, I don’t think it’s fair to any of us. When we’re so intensely tuned-in to our pain and dissolving life, and we’re convinced that meds are the only means of relief, we ignore the other things we’re doing, or could be doing, to begin to pull ourselves out of the dumpster.

And, of course, when things begin to take a positive turn we pull the rug out from under our self-esteem by assigning credit to the meds. Or at the very least wonder, “Is it the meds…or me?”

How ’bout an example…

“Sharon” was a client of mine, a vibrant and insightful woman with a primary diagnosis of bipolar II, major depressive episodes dominating.

Always proactive in addressing her emotional and mental circumstances, Sharon consistently did many of the right things.

To name a few, she participated in therapy, stayed sober, did her best to remain vocationally and socially active, and worked with a psychiatrist on maintaining an effective meds regimen. For mood management she used an antidepressant (serotonin modulator) and two mood stabilizers (anticonvulsant and atypical antipsychotic).

When Sharon was having a particularly rough go with her depression her psychiatrist would occasionally prescribe an extra antidepressant. Of course he’d tell her it would take some time to realize the benefit.

During the break-in period Sharon would always say she couldn’t wait for the new antidepressant to kick-in. And I would come back by reminding her that she had other arrows in her quiver to rely upon. As much as she was struggling we always managed to share at least a minor chuckle (though she probably wanted to crack me upside my head).

Well, it happened. A time came when Sharon was really struggling with depression, generated by several significant life stressors, including looking for work and relationship issues with her adult son. She shared her mood circumstances at her next psychiatry appointment and the good doctor added an antidepressant of a different class.

Naturally, Sharon would tell me how she couldn’t wait for the second antidepressant to kick-in. And just as naturally I’d counter with my usual response (and duck).

Then came an encounter during which Sharon was in much better spirits. Seems there had been positive developments pertaining to her stressors. Thing was, though, this was less than a week after her psychiatrist prescribed the second antidepressant and I can’t imagine it had kicked-in yet.

But it didn’t matter because Sharon didn’t even mention the med and kick-in factor. She was just excited about the goings-on in her life, and our conversation was all about sharing and discussing the details.

Now, I thought about Sharon ignoring – devaluing – the additional antidepressant shortly after detecting her improved mood as our conversation began. And I debated bringing it to her attention. Being the brat I am, I did. And though at first she gave me an earful, we shared a chuckle or three.

Surely you know I understand the potential powerful and positive impact of psychotropic meds in the treatment of the mood and anxiety disorders. And I think you’d agree that the impact can be based in psychology, as well as biology. Yes?

I want you to believe in the meds you’re using, or may use if you’re in a Sharon-like jam. But what stirs-up my “countertransference” is when someone suffering so badly is holding-on to life by a hair called whatever med, as though there couldn’t possibly be other relief options. Still, I know there are exceptions.

Be careful out there, okay? Just do your best in knowing you aren’t your meds, and that when you make advances it really is so much about you.

P.S. I secured “Sharon’s” permission to share this portion of her story.

Hey, hey! Plenty of Chipur mood and anxiety disorder-related article options are waiting for you. What the heck, indulge.

Previous Post: Kratom: What & Why You Need to Know