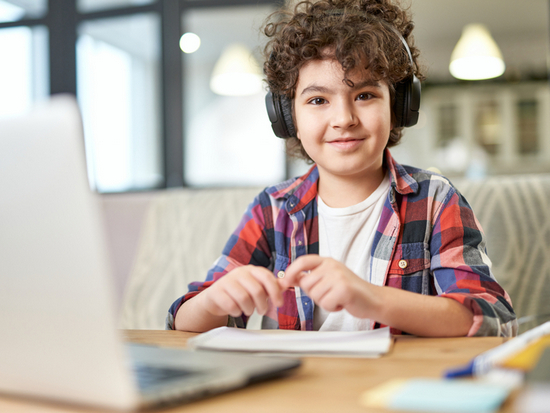 How to cope with ADHD? Whether it’s for you or your child, therapy and meds may work well. But we can’t ignore complementary interventions. For instance, brown noise.


’If you are drowsy (low arousal) or panicked (high arousal), then your attention and focus will be poor. Arousal has to be just right to maximize performance.’

Hot on the trail of new and helpful subject matter, a recent Psychology Today article grabbed my attention.

”Brown Noise and ADHD: What’s the Scoop on the Latest Buzz?”, was written by Joel T. Nigg, PhD. A clinical psychologist, researcher, and author, Dr. Nigg is a world-renowned expert on attention-deficit/hyperactivity disorder (ADHD).

Let’s have a look at his take on the impact of brown noise on ADHD.

By the way, I’m thinking you know it affects adults as well as children.

What is brown noise?

Dr. Nigg begins by noting the recent buzz over reports touting the benefits of brown noise for ADHD.

Okay, but what is it?

Interesting: “brown” has nothing to do with color. Brown noise is the sound created by Brownian motion, discovered by 19th century Scottish botanist Robert Brown.

It’s also referred to as Brownian noise and red noise.

According to Nigg, brown noise is full-spectrum, meaning it contains all frequencies in equal measure across the spectrum of audible sound.

In that regard, it’s similar to white noise, but the sound is lower and richer.

It’s said that brown noise facilitates a calm and focused mental state for tasks like studying and writing. And it’s believed to induce relaxation because of its fit with the brain at rest.

For anxiety disorder sufferers – frequently on the lookout for threats – brown noise may support calming, sleep, and concentration in the midst of all the external and internal alarm hubbub.

And research has shown that brown noise can also soothe ringing in the ears, even to the extreme of tinnitus.

ADHD and brown noise: The science

We’re going to review some important and interesting information, so let’s handle a few definitions first…

Okay, among the scientific theories behind why brown noise may help with ADHD, Dr. Nigg submits that the optimal arousal theory is the only one that’s ADHD-specific.

He explains that the notion of optimal cortical arousal for attention and performance dates back to the Yerkes-Dodson law in 1908.

If you are drowsy (low arousal) or panicked (high arousal), then your attention and focus will be poor. Arousal has to be ‘just right’ to maximize performance.

It also makes sense that the optimal level of arousal isn’t a universal constant – it can’t be the same for everyone.

That means it’s about the nature of the task and individual variation in stimulation sensitivity.

There was a time when psychologists ran with the idea that individual differences in arousal dependency were attributable to the personality types extrovert and introvert.

Though it didn’t stick, it led to a vigilance regulation model to conform to knowledge of the neural bases of attention and alertness.

As a result, Nigg points out, a large body of electrophysiological work has suggested that many children with ADHD are characterized by low cortical arousal.

And when it’s addressed, their attention and behavior come into focus. 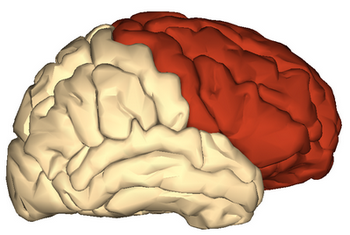 The scene of the action is the brain’s frontal cortex. Dr. Nigg suggests we think of it as the driver of a car. When it’s tired, the car weaves on the road.

Keep in mind, when the frontal cortex is under-active, the entire brain isn’t well-regulated. There’s just too much chaos.

But when it “wakes up,” it can suppress the rest of the brain, allowing maximum attention to the task at hand.

On the other side of the coin, Nigg says it appears a subset of children (and adults?) with ADHD are over-aroused. They would be expected to have their attention worsen with brown noise.

A few small studies have suggested children with ADHD may benefit from white noise. It could be an option for the over-aroused.

Dr. Nigg’s work suggests the arousal model works for a particular subset of children with ADHD who can be phenotypically (by observable traits, such as height, eye color, and blood type) characterized.


You can see why this type of clinical differentiation helps resolve discrepancies as to whether or not there is optimal arousal.

Dr. Nigg acknowledges that actual studies of the effects of brown (and white) noise on ADHD are few and use small samples.

As a result, science can’t confirm if brown noise is a placebo effect or if it has a true attentional benefit.

That said, Nigg states that as long as ear damage doesn’t occur from the volume being too loud, the risks are low. So if it seems to help, he believes there’s little harm in using it.

Dr. Nigg looks forward to larger, more systematic studies of brown and white noise in ADHD, as well as individual differences studies regarding who benefits and who doesn’t.

The power of sound

How to cope with ADHD? We know the primary players, but we can’t turn our backs on complementary interventions – like brown noise.

Never downplay the power of sound when it comes to regulating the brain.

Couldn’t have included everything, so be sure to read Dr. Nigg’s article: “Brown Noise and ADHD: What’s the Scoop on the Latest Buzz?”.

And check out his website: Getting Ahead of ADHD.

Hey, don’t forget about those Chipur mood and anxiety info and inspiration titles.

Next Post: The cause of panic attacks: Two credible psychological theories

Previous Post: Feel good about yourself: 12 ways to break a bad habit