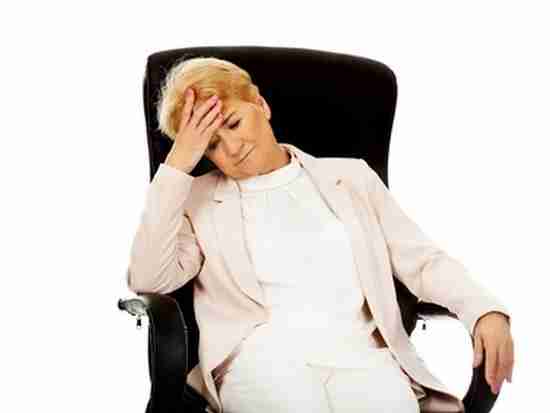 One thing we can count on for sure with a mood or anxiety disorder – emotions will never be on short supply (and they’ll never be lacking in variety and, shall we say, pizzazz). So what do we do when those DIFFICULT EMOTIONS come a-callin’? Wellll, let’s turn to our guest writer for help…

I believe that our collective inability to be with difficult emotions creates and sustains mental illnesses like depression and anxiety.

Danielle Worster fired an email by me several weeks ago asking if she could guest write for Chipur. Her qualifications were wonderful, but I still had to ask the million-dollar question: “Do you have personal experience with depression or anxiety?” Ding, ding, ding. We had a match, so it was on.

According to her Active Ingredient Coaching website, Danielle’s core essence is joy, adventure, love, oasis, and wisdom. She states she’s had many teachers in coaching, mindfulness, mentoring and passion for helping people find connection in their lives. Danielle holds an Associate Certified Coach level with the International Coach Federation, a BA in Psychology and a Master’s in Information Science. She’s an award-winning photographer, as well as a talented baker.

So who needs me? Let’s give it to Danielle…

How to SIT with DIFFICULT EMOTIONS

An article offering advice on how to “combat” confidence-killing emotions such as fear was recently published in a Canadian national newspaper. Another article, on a mental health charity website, suggested to teenagers that the key to making friends was to “be positive.”

These articles remind of my struggle with depression as a young person. I was often told to “Smile, otherwise what will people think?” I thought that I was flawed because I found it difficult to mask my emotions. It was a challenge to be with my ever-changing moods. I had been labeled and condemned myself as “oversensitive.”

It was only much later that I realized how unhealthy it is to mask our emotions. I believe that our collective inability to be with difficult emotions creates and sustains mental illnesses like depression and anxiety.

When I entered high school my dwindling group of close friends had left my school for other schools. Based on a number of factors I was deemed uncool, was bullied and I kept to myself. I believed I was worthless. I went invisible.

I was unable to communicate with my family. My parents were largely unaware that I was struggling, and I sensed I had to fight this battle alone, with the occasional ear of my sisters.

What I now see as a mix of depression and anxiety I then worried was just the way it is. I survived this time by exploring my thoughts and emotions in a journal and by making art. My portfolio applications to art school includes a painting of a jaw full of teeth and jeering people – Francisco Goya, eat your heart out!

After high school I moved to a bigger city to attend university. My symptoms had improved a little but I was still struggling socially and experiencing crushingly bleak spells. I finally went to a doctor and was put on fluoxetine (Prozac). I saw a psychiatrist once for an assessment. My symptoms improved some more, but I still did not understand what was behind my dark moods and anxiety.

I was studying psychology and I recall trying to perform cognitive behavioral therapy on myself. This did not work terribly well – I only wanted to be rid of depression, not try to understand it. There was nobody I could talk to besides the master’s students who had counseling hours. I don’t think the student assigned to me knew what to do with my torrent of tears and emotion. I was an on-off switch – either full expression of heartbreak or completely bottled up.

Hiding Myself and Acting Normal

Post-medication, I moved back to my hometown and was living with my parents. I had a part-time job in retail and I was quite impatient to move on to the next, better thing. My social circle grew slightly but I only sought the counsel of my sisters during my recovery. I continued writing in my journal.

Then I moved a few times. I was in a relationship and we did not talk about our emotions (or much else). That ended. I went from job to job, never satisfied. My bosses were never satisfied. I was often ill, had severe sore throats, headaches, infections and skin rashes. My blood tests came back normal. My desk drawer was full of pills and supplements. Nothing worked. I was lying to myself, bottling my emotions and my body was breaking down.

After burning out of my job, I went travelling and then I enrolled in coach training. I finally told a friend in my program about my depression. He told me his own struggles and those of his family. Then I realized the power of my admission – it opened doors and built bridges. The people I was open with became more candid with me. Of course they did – tit for tat.

Still, when I received some harsh feedback from another coaching student, I hid my tears and bought a bottle of wine to numb myself.

Tara Brach has a list of questions in her book Radical Acceptance. This is an excerpt…

Am I ashamed of myself for having bad thoughts?
Do I accept my emotions and moods as they are?
Is it okay for me to cry? To feel insecure and vulnerable?
Do I blame myself when I get sick?
Am I ashamed of my outbursts of anger?

Only recently I have realized that I was never okay with expressing emotion. I had learned as a child that crying was intolerable and weak. Anger meant that you were crazy or violent. I feared both. But both were in me. Both were mine – why not get to know these apparent strangers?

So, when I am sad I let it out. When I am angry, I sit with anger. I write down what makes me angry and what makes me sad. This helps honor these emotions. I’ve started to think of them as an early warning system. Later warnings come up in the body.

Appreciate your contribution and insight, Danielle. And having it grounded in your personal experience makes it all the more relevant and helpful.

So, yep, our overstock of emotions. Great in variety, pizzazz – and, often, degree of difficulty. Danielle shares her perspective from the depression and anxiety trenches.

And that’s plenty good enough for me.

Be sure to peruse Danielle’s website, okay? Lots to take-in, including her blog.

Previous Post: A Thought Is But a THOUGHT: REALITY and RESPONSE Are Up to Us