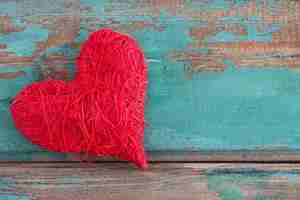 It’s hard, I know. Being mired in the fallout of depression, anxiety, bipolarity, addiction, stress, grief – and so much more – can seem like an endless and very dark nightmare. It isn’t at all difficult to understand how believing in happy endings can become all but impossible.

So what are we to do when we’re chin-deep in the swamp? Well, I guess hope’s supposed to come into play. But those in emotional/mental despair will attest to the scarcity of that particular commodity.

Then? I’m thinking all that’s left is to somehow grasp-on to a happy ending – hope – of another until we can come by a ray or two of our own sunshine. I deeply believe in that concept. Just as much as I believe in happy endings, hope, and love.

Speaking of which, how ’bout I share a story? By the way, it’s kind of nice to be writing from the heart about feelings; as opposed to the latest medicinal or psychotherapeutic remedy for the mood and anxiety disorders.

I posted an article here on Chipur a little over two years ago entitled “She Grew Up Too Fast (but she had to).” It’s about my best-friend Chuck’s reaction to learning his teenage daughter was pregnant – and his struggles with guilt, in kind. Cool bit of reading – give it a go. Actually, there was a happy ending to the article; however, I’m coming to you now with a happy ending update. How’s that?

Now, then – I mentioned confession in the title. Hmmm. Well, fact is, Chuck is me. For the record, I chose the name in honor and memory of a very special cat that was a part of my life many moons ago.

Two years and eight months after “Chuck” got the news of his daughter’s pregnancy, I have a two-year-old granddaughter. And she’s as sweet as they come. But there’s more. I’ve come to understand how extraordinary my daughter is, not that I didn’t already know she’s the goods. Throughout her pregnancy and the first two years of her daughter’s life, her accomplishments have been nothing short of amazing.

Think about it – my daughter was but 15 when she learned she was pregnant. Not only did she go-on to graduate high school, taking only one semester off – she nailed a 3.8 GPA her senior year. It doesn’t end there. My daughter started her freshman year in college several weeks ago – along with working part-time and caring for that sweet little girl.

I am deeply proud of my daughter, and thankful for her providing her dad – and others – with the happiest of endings.

As I often do before writing an article, I was flipping through some of my poems to see if there was a fit. Found a very special piece I wrote 15 years ago after being with my “little girl” on a “Dad’s weekend,” post-divorce. Hope (there’s that word again) you enjoy it…

To and fro you move
Swirling in circular dance

Nothing more
Nor less

I gotta’ ask. Do you spend countless hours wondering what to do about depression – what to do about anxiety? Are you mired in the swamp of emotional/mental despair? Perhaps you’ve reached the point where believing in happy endings – hope and love – is a ridiculous proposition.

Please! Grasp-on to my story, with its happy ending. That’s exactly why I posted it – confession and all. Really, it’s for you.

I’d like you to peruse more Chipur articles. If you’re in, here’s a looooong list of titles.

Previous Post: D-cycloserine | Is an Antibiotic the Glue That Makes Therapy Stick?