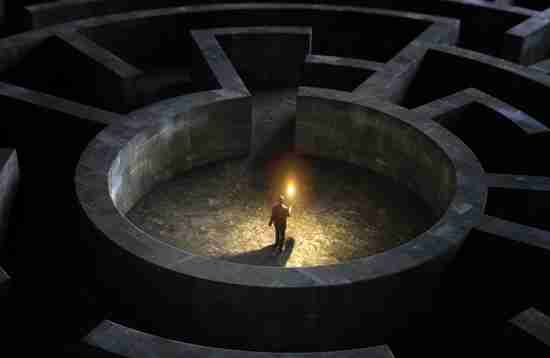 It’s been 59 years on the planet for this hombre. Dang, the questions over the years! How to deal with anxiety? Am I depressed? OMG, could I really be suicidal? What’s happening to me, and why? No way could I have known what was gonna’ go down in my life. But I sure as heck do now. And that’s comforting.


I wonder. Does any of that hit home? If so, it’s gotta’ feel good knowing you’re not alone in your misery, your tears.

For me, memories, reflection, and perspective come a-floodin’-in during the holiday season. And this year the waters are especially high.

So, I’ve been thinkin’, it’s time to bring my journey to you. I mean, if knowing you’re not alone in your misery and tears provides a measure of comfort; knowing the person sharing with you has his past in its place – and his present managed – has to add a yummy hope-frosting on the cake.

Now, there’s no way I could include every turn of my journey, but I can sure hit the highlights. And you know what? I’m gonna’ share with you in a series of two – maybe even three – posts. Yeah, I’m just very comfortable with letting it flow forth as it will.

What say we get started?

I wholeheartedly believe I came into this world in every way wired for mood and anxiety leanings. Crucial here is temperament – one’s characteristic mode of emotional response. It’s my opinion it’s up and running at birth – and shaped by early life experience.

Twentieth century psychotheorist Hans Eysenck believed neuroticism is one of three temperament dimensions. “Neuroticistics” are typically fairly calm to very nervous sorts. According to Eysenck, they’re prone to “neurotic” problems – issues of an emotional or mental nature that result in stress. Here’s more on Eysenck and his take.

Fits me to a t. So, then, I was presented with my custom-made canvas, and life experience would paint the portrait.

The following will get us through my high school years…

At age five, I had a tonsillectomy. I was terrified, and in an effort to escape I left the children’s ward the night before the procedure – only to run into my doctor as I turned a corner. The anesthetic was ether, and the “smell-memory” haunts me to this day. A year later it was off to first grade. I vividly remember a morning when daylight turned to darkness, as an intimidating thunderstorm approached. I freaked-out and began crying. None of the other children had the same reaction.

I was nine-years-old and we were having a home built. We went to the builder’s home one evening to go over the plans. Sitting at the kitchen table, I noticed the builder had a finger missing. Something snapped inside of me and I experienced what I now know to be an episode of derealization. My first panic attack had hit. Needing to run somewhere – anywhere – I took off for the bathroom.

Over the next few years I experienced all sorts of odd sensations. I’d feel a fullness in my throat, as if there was some sort of mass. After being examined by a doc it was determined nothing was there. I’d experience major feelings of fear and panic when confronted with threatening phenomena like severe weather watches and warnings. And going to bed at night became a real problem. I was so restless, and anxiety so impacted my breathing, that I would keep a pad and pencil under my bed to doodle – in the dark. It was soothing and helped me nod-off.

At age 16 I was selected to attend “Wolverine Boys State,” a week-long exercise in running a democratic government held on a college campus some 70 miles from home. I suffered intense homesickness. Man, there were tears and the whole nine yards. I even had to be talked out of leaving by one of the counselors.

Now I’m 17, and friends started noticing tics at my head, shoulders, and celiac (solar) plexus area. Yes, it’s at this time the intense somatic manifestations of my anxiety began to become outwardly obvious.

Hmmm, go figure. The last two bits of detail occurred during a high school experience that included earning five athletic letters, being elected sophomore class vice-president and junior class president. I was also elected to the homecoming court my senior year. In spite of these achievements, what an internal mess I must have been. I just had no idea as to what had been going on in my mind for so many years, and what was about to befall me.

Man, I could go on and on. But let’s leave it at that for now. I’ll pick things up college-forward in the next piece.

You knew I’d ask. Anything hit you between the eyes? Did you identify, even in spirit, with what I shared? If so, I want you to feel a strong sense of hope, ’cause though I couldn’t have known what was gonna’ go down in my life, I do now – and why.

How to deal with anxiety? Am I depressed? Could I really be suicidal? What’s happening to me, and why? You’re not alone, and never really were.

More to come in short order…

Would you like to eyeball some Chipur titles? Here’s about 600 of ’em.

Next Post: I Couldn’t Have Known, but I Sure as Heck Do Now: The Journey’s End, and Beginning