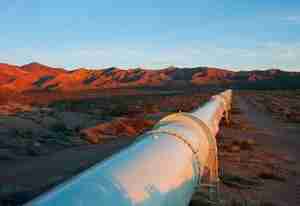 “Hmmm, I’ve been thinkin’. When it comes to how to deal with depression, what if the target of my antidepressant isn’t where the action is? I mean, I still feel depressed, so that must mean the remedy isn’t taking care of biz.”

And I’m thinkin’ you have a valid point (‘course, assuming you’re participating in therapy). Not only that, I believe you’re well within your rights to feel – well – cheated.

So maybe the supposition in the opening statement is spot-on. Impacting the reuptake of serotonin and norepinephrine – even dopamine, for our bupropion (Wellbutrin) users – isn’t really where it’s at when it comes to a reasonably fast-acting depression knock-out punch. Don’t know about you; however, if such is the case, I’m hoping other targets are being identified, and interventions being devised to influence them.

Even though their appearance on pharmacy shelves may be a significant amount of time away, I believe it’s important to bring you news regarding what’s in the depression and anxiety medicinal relief pipeline. That said, I have an update I’m thinking you’ll find interesting – and hopeful.

In December of last year I posted an article on a revolutionary antidepressant in development currently known as GLYX-13. I came upon some updated information on it not long ago, and I knew I had to bring it to you.

What you’re about to read is grounded in a study funded by the National Institute of Mental Health (NIMH), published this past April in the journal Neuropsychopharmacology.

So we know the neurotransmitters serotonin, norepinephrine, and dopamine have been the traditional targets of antidepressants. Well, it seems as though the neurotransmitter glutamate is getting tons of attention these days, specifically its NMDA (N-methyl-D-aspartate) receptors.

How ’bout a bit of history? Some 40 years ago, researchers figured out NMDA receptors were players in learning and memory. In the 1980s, drugs were developed that blocked these receptors with the hope of preventing strokes. Unfortunately, the result was an increase in cardiovascular disease. So for the brain-trust of biotech and pharmaceutical companies, that would be that for NMDA receptors.

However, in the early 2000s it was discovered that the anesthetic drug ketamine – a glutamate receptor antagonist (blocks or dampens action) – put the kibosh on unipolar and bipolar depressive symptoms within two hours of administration. And the effect lasted several days! ‘Course, very intense side effects formed a major practicality barrier.

Oh, almost forgot to mention – the senior author of our study is Joseph Moskal, PhD. Dr. Moskal is a research professor of biomedical engineering at Northwestern University’s School of Engineering and Applied Science. He’s also the director of their Falk Center for Molecular Therapeutics. And go figure, Moskal discovered GLYX-13. And, yes, he also happens to be the founder and Chief Scientific Officer of Naurex, the neuropharmaceutical company developing it.

As he considers the history of ketamine, Moskal reflects, “Ketamine lit the field back up.” And he goes on to point out GLYX-13 doesn’t share ketamine’s side effects profile likely because of different blocking action on the NMDA receptor.

So let’s take a look at Moskal’s study. He and his team incorporated several behavioral and molecular experiments, using rats. Tested were four compounds: GLYX-13, an inactive version of GLYX-13 with rearranged amino acids, ketamine, and the antidepressant fluoxetine (Prozac).

Here’s what went down. GLYX-13 and ketamine generated antidepressant-like effects within one hour, lasting 24 hours. Fluoxetine failed to produce a fast-acting antidepressant effect. And the “rearranged” version of GLYX-13 generated no impact at all. It’s important to note, GLYX-13 produced no ketamine-like side effects.

Well, then, exactly what makes GLYX-13 effective? Moskal and team speculate it all goes down in the brain’s hippocampus. Without going into all of the biochemical yada, yada, GLYX-13 (and ketamine) promotes long-lasting signal transmission in neurons. For the record, it’s called long-term potentiation/synaptic plasticity, and it’s a must for learning and memory. So it’s all about enhanced communication between neurons.

The very good news here is the study results are consistent with data from GLYX-13s Phase 2 clinical trial. Behold! A single dose of GLYX-13 produced statistically significant reductions in depression scores in patients who had failed treatment with current antidepressants. But there’s more! These reductions were observable within 24 hours and lasted for an average of seven days. Even more! GLYX-13s antidepressant effect was some 200% greater than that seen with most existing antidepressants after four to six week’s use.

Finally, GLYX-13 was well tolerated and didn’t produce even one schizophrenia-like side-effect, often seen with other NMDA receptor modulating agents.

So what’s next in the GLYX-13 saga? Phase 2 trials continue, in which Moskal and his Naurex team are searching for optimal dosing in humans. They also want to determine if GLYX-13 impacts other receptor subtypes, and determine if it will work on other disorders, such as schizophrenia, autism, and attention deficient-hyperactivity disorder (ADHD).

Check this out from Dr. Moskal…

One could call NMDA modulators such as GLYX-13 ‘comeback kids.’ A toolkit that I developed in 1983 is now setting the stage in 2013 for the development of possible new therapeutics that may provide individuals suffering from depression with a valuable new treatment option.

After many moons, if Job 1 in your neck of the woods is how to deal with depression, having GLYX-13 in the pipeline may be a life-changing reality. Yes, I realize it may be several years away from our mouths and bellies; however, it’s super important to keep our eyes and ears on the future.

And if you continue to shout, “I feel depressed!,” doesn’t knowing someone (actually many) out there is working their tail off to bring you relief provide a measure of comfort? I sure hope so.

UPDATE!!! GLYX-13 now has a name: Rapastinel. So development is chugging along.

“More Chipur articles!,” you say? Just a click away…

Next Post: What to Do for Anxiety? “Benzodiazepines, of course.” Hold on There, Partner!