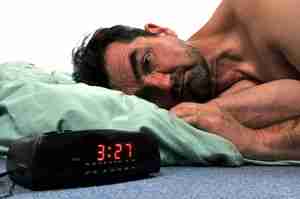 Some are calling it the most significant advance in depression treatment since Prozac’s introduction in 1987. Mighty hype. And if you ask me, it’s warranted.

Best part is, you can put what you’re about to read to work for you right now.

The National Institute of Mental Health (NIMH) is financing four studies on depression – and sleep. The mission is to size-up a non-traditional psychotherapy for insomnia. Why insomnia? Well, more than half of the folks enduring depression struggle with it. And it’s believed putting the kibosh on insomnia could double the chances for a full recovery from depression. (Thought I’d toss that in.)

So, the results are in from the first study, conducted by a team at Ryerson University (Toronto). The other studies – at Stanford, Duke, and the University of Pittsburgh – are under way, results expected sometime in 2014.

Okay, some stats from the Ryerson study. How’s this? 87% of participants who found relief for their insomnia in four biweekly psychotherapy sessions also saw their depression symptoms hit the road after eight weeks of antidepressant med or placebo tablet treatment. That’s just about twice the rate of those who couldn’t find relief from insomnia. By the way, those numbers line-up with a previously conducted pilot study at Stanford.

The way this story is unfolding, I think we need to start augmenting standard depression treatment with therapy focused on insomnia.

It’s no newsflash that insomnia and depression are not-so-strange bedfellows. Thing is, though, insomnia has always been considered a manifestation of depression. Handle depression, handle insomnia. Ah, but now we’re learning it may be the other way around – or bi-directional. Fact is, several studies suggest insomnia doubles one’s risk of later becoming depressed.

So what about this non-traditional psychotherapy for insomnia? Well, it’s known as cognitive behavioral therapy for insomnia (CBT-I). Simply, it’s about changing sleep habits, sleep scheduling factors, and common misconceptions about sleep and insomnia. Implementation includes regular, often weekly, work with a clinician.

Now, CBT-I isn’t the same as what’s commonly known as good sleep hygiene – no exercise close to bedtime, avoiding caffeine or alcohol in the evening, etc. No, it’s way more than that. According to Dr. Carney it’s grounded in ditching the notion that sleeping requires effort, and it’s something one has to fix. She says, “That’s when people get in trouble, when they begin to think they have to do something to get to sleep.”

Here’s much more on CBT-I. I encourage you to dig-in.

Let’s take a look at more numbers. In a 2008 pilot study testing CBT-I in folks with depression, Stanford’s Dr. Rachel Manber used sleep hygiene as part of her control treatment. She found that 60% of participants who received seven sessions of CBT-I and an antidepressant fully recovered from their depression. Those receiving the same med and sleep hygiene therapy? 33%.

I’m thinking we’re on to something with this sleep biz. And so does the NIMH, ’cause in addition to continuing to fund work like the insomnia/depression studies, it’s also focusing on how sleep impacts neural circuit functioning.

As we wrap things up, here’s what Dr. Andrew Krystal, who’s running the CBT-I study at Duke, has to say about sleep…

…this huge, still unexplored frontier of psychiatry…The body has complex circadian cycles, and mostly in psychiatry we’ve ignored them. Our treatments are driven by convenience. We treat during the day and make little effort to find out what’s happening at night.

Oh, and there’s this on insomnia and depression from Dr. Nada L. Stotland, professor of psychiatry at Rush Medical College, Chicago…

It would be an absolute boon to the field…It makes good common sense clinically. If you have a depression, you’re often awake all night, it’s extremely lonely, it’s dark, you’re aware every moment that the world around you is sleeping, every concern you have is magnified.

Gotta’ tell ya’, I’m very impressed by this research. The implications for treatment and healing are extraordinary.

And you know what’s cool? You can apply what we’ve reviewed to your life right now. Do your due diligence on CBT-I, and if you’re working with a therapist, ask if s/he would be willing to facilitate it. If you’re thinking about participating in therapy, ask your prospective therapists if they’re willing to give it a go. Become creative and assertive in your recovery!

My thanks to nytimes.com for the scoop.

They’re there waiting for you. So check-out some Chipur titles.

Previous Post: Psychobiotics: “Whaaa?!” Yep, and ya’ gotta’ read this!