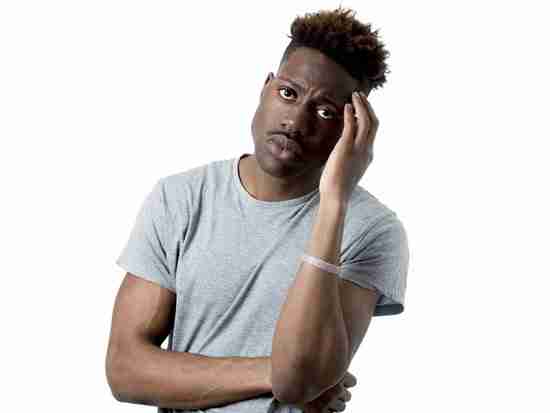 Intrusive thoughts are terrifying. How awful to think about doing things you find reprehensible – even heinous. “How can I be thinking these things?” But the torturous thoughts continue. The best way I know to calm down and find relief is to learn. So let’s do just that…

Our friend above has been having intrusive thoughts for about a month now. He has no idea what’s going on, and he sure as heck isn’t going to share what he’s thinking. Understandably, he’s stunned – and horrified.

I’ve written and posted articles about intrusive thoughts several times here on Chipur. The pieces continue to be popular; however, two of them are eight years old and the other is ten. So it’s time for an update.

Let’s jump right in by taking a look at a common violent intrusive thought. I’m warning you in advance, you may find this hard to absorb…

Dad’s making dinner, while the rest of the family is in the den watching TV. The entrée is in the oven, so Dad decides to work on the salad. After washing the lettuce it’s time to slice some tomatoes. Dad grabs a knife and the terror begins. He thinks about walking into the den with the knife and stabbing all of them.

Now, if you found that hard to read, imagine how the individual experiencing such an intrusive thought feels. And it isn’t just a one-time thing.

By the way, I used to have intrusive thoughts that Hollywood would’ve paid big bucks for.

What is an intrusive thought?

So, what’s an intrusive thought (IT)? Well, it’s an invasive involuntary thought, image, and/or unpleasant idea. Often, an IT becomes an obsession: a continual thought, concept, picture, or urge which is experienced as invasive and not proper, and results in significant fear, distress, or discomfort. 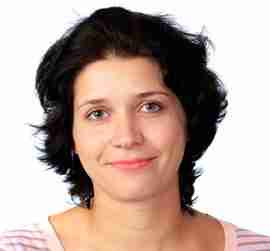 “I’m a sweet person. These thoughts can’t be who I am.”

ITs most often occur as a symptom of obsessive-compulsive disorder (OCD). However, they may present as a manifestation of many emotional/mental disorders, including anxiety disorders, posttraumatic stress disorder (PTSD), attention-deficit/hyperactivity disorder (ADHD), bipolarity, major depressive disorder, and eating disorders.

But an individual may just happen to experience the occasional IT. And there’s no diagnosis involved.

If you experience ITs, don’t think you’re alone. It’s been suggested that if people in the United States with ITs gathered, they’d form the country’s fourth largest city – behind New York, Los Angeles, and Chicago.

ITs are often classified into categories. I like these four, with common presentations…

Of course, the biggest dynamic at play in all of this is the fear of acting upon an IT. And on come fear, guilt, anxiety, shame, avoidance, depression, and despair.

Thing is, though, there isn’t going to be any action.

Now that we have a handle on what ITs are, let’s discuss what may cause them. I’ll begin by sharing this comforting perspective from counselor Sheryl Paul, MA. It’s from an article on her website, Conscious Transitions: The Architecture of Anxiety and Intrusive Thoughts…

The irony about people who are prone to intrusive thoughts such as these is that they’re among the most gentle, loving, sensitive, kind, creative, and thoughtful people you’ll ever meet. The thought is so far from reality that it’s almost laughable, except that it’s not funny at all because my clients believe the lie which, of course, creates a massive amount of anxiety.

Or maybe it’s not ironic at all. Perhaps it’s precisely because of this high level of sensitivity and empathy that their mind has gravitated toward an alarming thought as a way to try to avoid the intensity of feeling with which they respond to life. Highly sensitive people were once highly sensitive children, which means their nervous systems were wired at birth to respond to the sights, sounds, and experiences of life at amplified levels. And because most highly sensitive children were raised by parents who had no idea how to teach their kids to value and feel their difficult feelings in a manageable way, they learned early in life to try to control the external world as a way to attempt to manage their inner one.

Certainly, this doesn’t apply to all who experience ITs; however, it’s incredibly relevant to many of us.

Now, the absolute causes of ITs? It’s all theoretical, so who really knows. Sure, they can be manifestations of OCD and other emotional/mental situations, but that really isn’t the bottom-line we may hope to get to.

So, let’s just say we’re at least talking about learned behavior. And you know the drill: that, along with genetics, biology, and reactions to environment and stressors make ITs roll.

Oh, but there is this interesting angle. Some scientists have wondered if ITs are misinterpreted warning signals. For instance, a mother who experiences the sudden urge to drop her newborn baby. It could be her brain’s way of warning her to hold on tightly so she, indeed, doesn’t drop the little one.

So in a peculiar way, ITs may be our mind protecting us from the very thing we fear.

Well, that’s going to do it for part one of our intrusive thought series. No doubt ITs are mega-terrifying; however, coming to understand what they are, and that we’re not alone in them, is the first step toward relief.

Be sure to read part two – our discussion of how to treat intrusive thoughts.

Would you like to learn more about the mood and anxiety disorders, and what to do about them? Review the hundreds of Chipur titles.

Next Post: Intrusive Thoughts: “How can I be thinking these things?” (Part 2)

Previous Post: Fibromyalgia: What to understand and how to manage (Part 2)