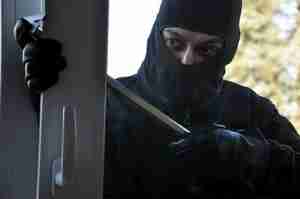 “Tell me they’re obsessions. Tell me it’s OCD. Please, tell me it’s anything that might make sense. These intrusive thoughts are pushing me over the edge. I mean, what if I act on them?”

4.21.21: Just posted an update. Please check-out Intrusive Thoughts: “How can I be thinking these things?”

Imagine carrying your infant daughter or son as you’re on an escalator at the mall. Now imagine how you would feel if you suddenly had the urge to throw your baby over the handrail. Or how ’bout this? You’re preparing dinner for your family and grab a knife to slice some tomatoes. Out of nowhere, you feel compelled to stab everyone in the house.

Think those would spook you? Now multiply that spookiness by numerous times a day, day-in and day-out. Would you be pushed to the very edge of your perception of sanity? You’d better believe you would.

Welcome to the world of intrusive thoughts, and those who experience them – including me, some 30 years ago. I assure you, the feeling of terror is just as real as going eye-to-eye with that intruder above.

Now, lots of folks experience nasty or unwanted thoughts. And for many they’re nothing more than an annoyance. However, when intrusive thoughts occur within the context of an emotional/mental situation, they’re one heck of a lot harder to ignore. And they typically become more frequent – and all the more distressing.

Is it any wonder an individual would be deeply afraid they’ll act on their intrusive thoughts? And, of course, buckets of guilt, anxiety, shame, and despair accompany. Thing is, though, the chances of one acting on an intrusive thought are lower than low. I mean, think about it. Do you think one who would act on, say, a violent thought would likely feel any measure of guilt, anxiety, or shame?

Intrusive thoughts are typically classified into three categories. I’ve provided examples for each…

Now that we have a handle on what intrusive thoughts are, perhaps we ought to take a quick peek at what causes them. No doubt, there are tons of theories. However, I’d like to present these thoughts from counselor Sheryl Paul, M.A. I found them in her article “The Architecture of Anxiety and Intrusive Thoughts.” Cool and comforting perspective…

The irony about people who are prone to intrusive thoughts such as these is that they’re among the most gentle, loving, sensitive, kind, creative, and thoughtful people you’ll ever meet. The thought is so far from reality that it’s almost laughable, except that it’s not funny at all because my clients believe the lie which, of course, creates a massive amount of anxiety.

Or maybe it’s not ironic at all. Perhaps it’s precisely because of this high level of sensitivity and empathy that their mind has gravitated toward an alarming thought as a way to try to avoid the intensity of feeling with which they respond to life. Highly sensitive people were once highly sensitive children, which means their nervous systems were wired at birth to respond to the sights, sounds, and experiences of life at amplified levels. And because most highly sensitive children were raised by parents who had no idea how to teach their kids to value and feel their difficult feelings in a manageable way, they learned early in life to try to control the external world as a way to attempt to manage their inner one.

Intrusive thoughts: obsessions, OCD – in any context one could come up with. How terrifying! However, now that you know what they are – and you won’t act on them – perhaps you’ll feel soothed – relieved. And if you don’t experience them, maybe you can pass the info on to someone who does.

Know what? I need to post an article on what to do about intrusive thoughts. Look for it by Monday evening the 28th…

Next Post: Intrusive Thoughts? To the Intruder: “The Door’s Open, Come On In!”

Previous Post: Fresh and Interesting Tidbits from the World of Research…