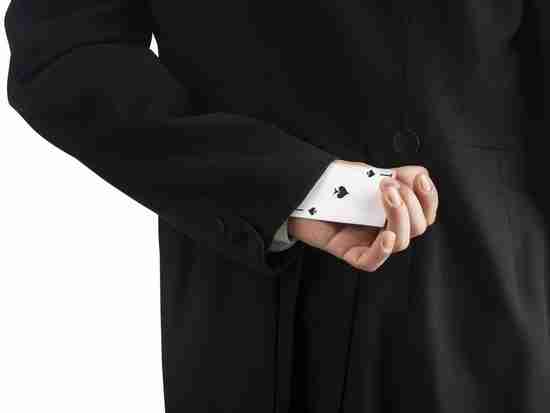 Suffering millions secure relief from depression by using antidepressants. But what’s really at work? Is it the core properties of the drug or the result of a sophisticated mind-game? I think you’ll find what you’re about to read interesting…

But I have to ask, does it really matter? I mean, if an AD provides appreciable depression (or anxiety) relief, would any of us care why?

You’ve been using an antidepressant (AD) for several years, and it’s really helped with your depression. But somehow you come by the supposition that it’s not really your, say, Celexa that’s taking care of biz. No, relief is a consequence of your side effects enhancing your expectation of improvement, convincing you that you aren’t using a placebo.

In short, you’ve been duped.

Yep, seriously. And this mind-game angle is offered-up by those who believe a legit pharmacological AD effect is a myth. According to them, if one is experiencing relief, it has to be grounded in something else entirely.

Actually, the opinion has been widely circulated.

In an effort to get to the real-deal, a research team from the University of Gothenburg’s Sahlgrenska Academy (Sweden) decided to take a look. The work was recently published in the journal Molecular Psychiatry. I’ll pop you a link at the end.

The team based its work upon patient-level data pertaining to symptom ratings and timing of adverse events for all industry sponsored US Food and Drug Administration (FDA)-registered placebo-controlled trials regarding adult major depression.

The drugs used in the research were paroxetine (Paxil) and citalopram (Celexa). It needs to be noted that information was requested for fluoxetine (Prozac) and sertraline (Zoloft); however, the pharmaceutical companies weren’t able to provide it.

What we have here, then, is a mega-analysis.

Cutting to the chase, the major finding of the study is that individuals treated with either paroxetine or citalopram reported a larger reduction in depressed mood than those given placebo – regardless of whether or not there were reported adverse effects.

So that would indicate both drugs really do bring AD effects generated by their pharmacodynamic properties. And it wouldn’t be a stretch to assume the same applies to other SSRIs – perhaps all ADs.

The research team bring a bit of history forward to bolster their argument. They emphasize that prior to the discovery of the first ADs, depressed individuals were treated with central stimulants, barbiturates, opiates, and antipsychotics. And, really, there wasn’t much in the way of positive impact.

The team submits that had those drug treatments been merely a matter of psychological placebo response, their efficacy should have been similar to the early ADs, which brought relief.

So according to the Swedish research team, the assumption that the efficacy advantage of paroxetine and citalopram over placebo is entirely, or in large part, due to side effects enhancing the placebo effect of the active compound is most likely false.

But I have to ask, does it really matter? I mean, if an AD provides appreciable depression (or anxiety) relief, would any of us care why?

One step further, say you were using an AD for depression and it worked super-well. Magically, the primary developer popped-up next to you and chuckled as she told you the drug was largely sugar. Would that put an end to your depression relief?

In your mind, does that ding the credibility factor?

Well, that’ll do it for this go-round. And, hey, if you’d like to respond to the food for thought questions, go ahead and do so in a comment.

Plenty more Chipur mood and anxiety articles where this came from. Please peruse the titles.

Next Post: The Mood and Anxiety Disorder MEDS PIPELINE: What’s REALLY Going On?