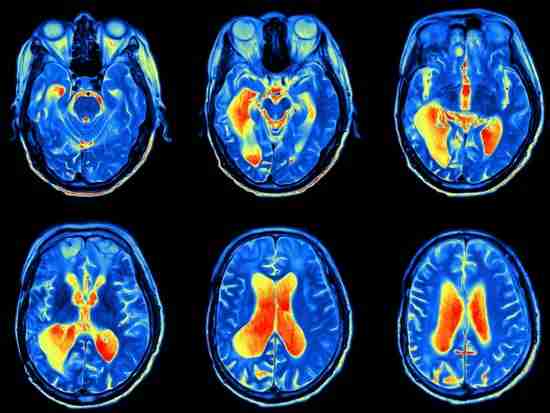 Significant and lasting relief: It’s the holy grail for anyone suffering from a mood or anxiety disorder. We want it yesterday, but that mysterious three-pound mass in our skulls says, “No!” Sure, the development of meds and other interventions is important. However, as slow as it may seem, the ultimate answers will come from cutting-edge research. Like this…

You can’t get rid of an illness, fire, storm, bad guy – whatever – if you don’t know where it is, as well as the how’s and why’s of its traditional behavior. Oh, you can come up with mitigating somethings like traditional antidepressants. But that isn’t going to cut it for significant and lasting relief.

Though a much slower go, this will…

What’s it all about? Well, let’s start with the words of Dr. Frangou from a university news release…

These brain imaging findings provide a science-based explanation as to why patients with mood and anxiety disorders seem to be ‘locked in’ to negative mood states. They also corroborate the patients’ experience of being unable to stop and switch away from negative thoughts and feelings.

How the Study Went Down

Okay, let’s roll up our sleeves…

Dr. Frangou and team put together what’s known as a meta-analysis. Simply, it’s a statistical analysis that combines the results of multiple studies.

For their work, the team analyzed in excess of 9,000 brain scans (functional MRI, like our featured image) from 226 previously published studies that compared the brain activity of “healthy” (their word, not mine) adults to those who’d been diagnosed with the disorders mentioned above.

The study is believed to be the largest ever analysis of functional MRI brain scans of mood and anxiety disorder sufferers.

The Revealing and Hopeful Findings

As we get into the bottom-line of the study, how ’bout a little art? Visuals always help me learn. And I’ll tell you a little secret. I use the anatomy involved in whatever ails me for visualization purposes. That’s right, in this case I’ll focus upon, say, the amygdala, visualizing it functioning as it should to allow me to feel better. Have you ever done that?

Now, I find all of the anatomy marked on the images interesting, but they aren’t all included in the study results. 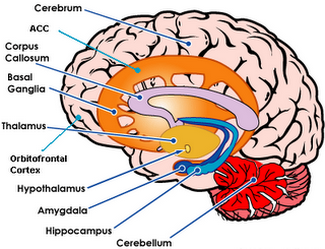 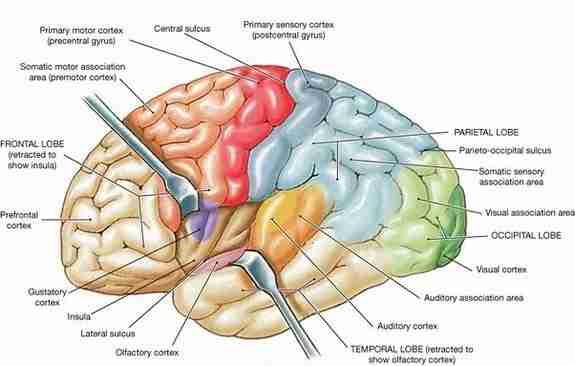 Okay, the team found that subjects showed abnormally low activity (hypoactivation) in the inferior (lower surface) prefrontal and parietal cortex, the insula, and the putamen (left of the thalamus in the top image). All are key players in our emotional and cognitive control brain circuitry. They’re responsible for stopping ongoing mental activities and transitioning to new ones.

The team also discovered abnormally high activity (hyperactivation) in the anterior cingulate cortex (ACC in the top image), left amygdala, and the thalamus. These three areas work together to process emotional thoughts and, ultimately, feelings.

For my money, these are incredibly revealing and hopeful findings,

Maybe it would be a good idea to toss some relevance and perspective at what we’ve just reviewed.

In mood disorders, posttraumatic stress disorder, and anxiety disorders. the most consistent transdiagnostic abnormalities in task-related brain activity converge in regions that are primarily associated with inhibitory control and salience processing.

Now, follow me here. The team flat-out says that the major challenges for anyone struggling with a mood or anxiety disorder are inhibitory control and salience processing.

You may know what they are, but let’s make sure…

Inhibitory control: An executive function that allows us to inhibit our impulses and natural responses to stimuli (internal and external). It’s about selecting the most appropriate behavior to complete our goals. Self-control is a significant aspect.

Salience processing: The cognitive process that predisposes us to focus upon items that are more prominent or emotionally striking (to us), while ignoring items that seem unremarkable. The difference is always significant to us, but often irrelevant by objective standards.

As a lifelong mood and anxiety disorder guy, inhibitory control and salience processing hit me straight between the eyes.

I guess you can tell, this study excites me. And that’s because it not only identifies the major thought and feeling dynamics that trouble mood and anxiety disorder sufferers, it connects them to brain anatomy.

And that’s what’s going to generate efficacious meds and other interventions. Heck, primary in my mind is the general heading of brain stimulation. Can you see what the study can do for targeting?

Yes, the holy grail: significant and lasting relief. It doesn’t come quickly or easily. But I deeply believe it, indeed, will happen.

Hundreds upon hundreds of Chipur titles await your perusal.

Next Post: I Suck at Sleeping. And According to This, I Really Need to Work on It.

Previous Post: Living with a Mood or Anxiety Disorder: “Why Me?”