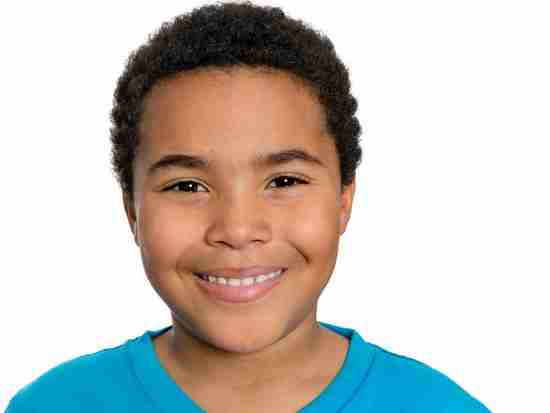 Who could even imagine that child having an emotional/mental disorder? Actually, he may. And it’s quite possible that disorder is “bipolar.” It’s a contentious call, so let’s address the controversy with reliable information. I think you’ll find the following thought-provoking…

It can’t be emphasized enough that early intervention is everything when it comes to the treatment of juvenile bipolar disorder. But the sad reality is diagnosis and treatment are most often delayed for many years.

“There’s no way a child can have bipolar disorder, or any mental illness. And anyone who gives him meds should be thrown in jail.”

Well, a lot of folk believe that. But a lot of folk love and care for children with bipolar disorder, and other emotional/mental situations – and give them meds.

How ’bout we slow things down and toss some reliable information at the issue?

The Juvenile Bipolar Research Foundation (JBRF) is the first and only non-profit foundation dedicated solely to promoting research to identify the source of early-onset bipolar disorder. Researching treatments is also a part of their scientific work.

By chance, I came across their website and knew I had to get it on Chipur. All of what you’re about to read is grounded in JBRF’s work.

Within the realm of the American Psychiatric Association’s Diagnostic and Statistical Manual of Mental Disorders, Fifth Edition (DSM-5), bipolar disorder is classified as an adult mood disorder. However, it’s noted, “Special considerations are necessary to detect the disorder in children.”

The reason for the adult exclusivity? Well, until relatively recently it was believed children couldn’t experience symptoms of mania.

Fact is, some children actually do meet the “adult” criteria for both bipolar I and II. However, in the majority of cases, children present with symptom variations that don’t quite meet the DSM standard (e.g.: manic or depressed mood doesn’t last long enough, don’t exhibit manic grandiosity). So let’s just say the typical childhood version looks, well, different.

So if formal juvenile bipolar disorder criteria existed, it might include the following…

Keep in mind, all criteria don’t have to be met to quality for a diagnosis.

It can’t be emphasized enough that early intervention is everything when it comes to the treatment of juvenile bipolar disorder. But the sad reality is diagnosis and treatment are most often delayed for many years.

During that delay, diagnoses are offered such as ADHD, OCD, major depressive disorder, separation anxiety disorder, oppositional defiant disorder, conduct disorder, and more. And the real tragedy is, indicated meds for those disorders are prescribed, and they often make the child’s bipolar disorder worse.

Okay, let’s say a diagnosis of juvenile bipolar disorder has been made. Now what?

Priority-one is stabilizing mood and treating sleep disturbance and psychotic symptoms, if they exist. When that’s handled, a therapy that helps the child understand their illness and how it impacts their emotions and behaviors is really important.

Mood stabilizers are crucial in the treatment of adult bipolar disorder. Since they’ve only recently begun to be used in children, there isn’t a whole lot of data regarding efficacy, side effects, etc. But, it’s interesting to note that anticonvulsant mood stabilizers such as Depakote and Tegretol have been used to treat young children with epilepsy. So at least there’s data available for the population.

Should the child be experiencing psychotic symptoms and/or aggressive behavior, atypical antipsychotics such as aripiprazole (Abilify) and quetiapine (Seroquel) may be used. Benzodiazepines such as clonazepam (Klonopin) and lorazepam (Ativan) may be prescribed for troubling anxiety states, sleep disturbance, and rapid-cycling swings in activity or energy.

Antidepressants? Risky business, due to the potential for mania, hypomania, rapid-cycling, irritability, aggression, and more. Some children may be able to handle an antidepressant for a short time if it’s accompanied by a mood stabilizer.

Please know I didn’t list those meds with an “Oh well” shrug of the shoulders. Psychotropic meds for children isn’t an easy subject to approach. However, if a child is in severe emotional/mental pain – even posing a threat to self or others – approach it we must.

Yes, any child could have an emotional/mental disorder, and it could be “bipolar.” As controversial an issue as it may be, it simply can’t be ignored.

What a break, coming upon the Juvenile Bipolar Research Foundation website. There’s a ton of information available. Please take the time to tap-in, especially if you’re concerned about a child close to you. And you may want to make a donation.

Oh, here’s a Chipur article that may come in handy right about now. BIPOLAR DISORDER Doesn’t Get Its Due. And I Think It’s Time to PUT UP OUR DUKES!

And you may want to move-on to hundreds of Chipur titles (thanks).

Next Post: 3 Ways to Make the Most of a Major Life Transition