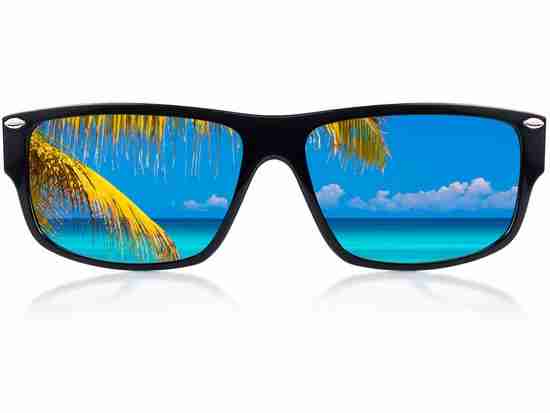 Ketamine continues to receive big attention as a depression treatment. And why not? Many who have used it consider it a miracle drug. But, really, the tale is far from fully told. So will ketamine bring us paradise or is it just another cruel joke? Let’s stay current…

‘Despite growing interest in ketamine as an antidepressant, and some preliminary findings suggesting its rapid-acting efficacy, to date this has not been effectively explored over the long term and after repeated dosing.’  Professor Colleen Loo

Two weeks ago, George commented on a Chipur article posted three years back, “Major Depressive Disorder & Ketamine | Fanning the Flame of Hope.” He wrote, “So it’s been three years. Have there been no further developments on the efficacy of HNK?”

HNK (hydroxynorketamine or 6-hydroxynorketamine) is a metabolite of ketamine. Actually, it’s 1,000 times more potent, doesn’t act as an anesthetic, and can be taken orally. Interestingly enough, group buys are being organized online, as there are chemical companies willing to synthesize it.

I had to tell George that in spite of interest in HNK continuing to run high, it’s still being tested for efficacy and safety in humans – I believe by the National Institute of Mental Health.

I might add, a decent number of physicians are administering “off-label” ketamine infusions right now. For much more, take a peek at “Ketamine for Depression: 10 Essential ‘Infusion-Confusion’ Busters.”

The Ketamine Trial Is On 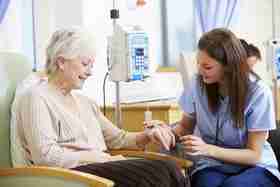 The largest randomized control trial addressing ketamine’s potential in the treatment of major depressive disorder began a year ago in Australia and New Zealand. It’s a three year project, being conducted by researchers from the University of New South Wales Sydney, the Black Dog Institute, and the University of Otago.

The research team examined five years of published research pertaining to ketamine treatment for major depressive disorder. And they’ve discovered little reporting on the safety of repeated doses or sustained use.

Despite growing interest in ketamine as an antidepressant, and some preliminary findings suggesting its rapid-acting efficacy, to date this has not been effectively explored over the long term and after repeated dosing.

As ketamine treatment will likely involve multiple and repeated doses over an extended time period, it is crucial to determine whether the potential side effects outweigh the benefits to ensure it is safe for this purpose.

Late last month, the team checked-in with some important information. Seems despite the presence of acute side effects after even one ketamine treatment, monitoring and reporting wasn’t 100%. The side effects included headache, dissociation, elevated blood pressure, and blurred vision.

The study team tells us even more…

Despite low ketamine doses currently being used in depression studies, urological toxicity, liver function abnormalities, negative cognitive effects and risk of dependency may limit the safe use of ketamine as a long-term antidepressant treatment.

Our study also raises questions over the risk of administering ketamine in patients with pre-existing or co-morbid medical conditions, such as those with a history of high blood pressure or heart disease. For instance, we know that when used to treat chronic pain, ketamine is associated with acute blood pressure changes, and experts recommend lower doses administered through slower-acting, non-intravenous means accordingly.

Given these concerns, the team are in the process of developing tools to standardize future reporting on side effects – Ketamine Side Effect Tool (K-SET) – and to address inconsistencies in the literature – Ketamine Safety Screening Tool (KSST).

Okay, lots of heads-up’s for sure. But sometime take a look at the side effects of the atypical antipsychotic, clozapine (Clozaril). Granted, it’s most often prescribed when everything else doesn’t work. But that’s the intent with ketamine.

Ketamine, Depression, and the Elderly

As part of their research work, the team is actually testing ketamine’s effects, administering twice-weekly treatments to 200 participants over a four-week period.

Of the 200 participants, 16 were over the age of 60. Included in this group were individuals who had suffered from depression for years, and for whom all other treatment options – meds, psychotherapy, etc. – had failed. These participants were administered low-dose injections of ketamine.

What we noticed was that ketamine worked incredibly quickly and incredibly effectively. After a single injection of ketamine they could be completely well in a day.

Just What Are We to Make of Ketamine (thus far)?

Certainly there’s much to learn about the use of ketamine for the treatment of depression. But just as certain is the fast and powerful relief reported by many.

And I’m all the more ketamine-interested and hopeful because it works on the neurotransmitter glutamate (specifically NMDA receptors), our most abundant excitatory neurotransmitter. Yes, I’m excited that the attention shifts away from serotonin as the key to relief for depression – at least for now.

And let’s keep in mind ketamine-related chemicals and drugs like HNK, mentioned above, and rapastinel.

Speaking of rapastinel, it’s a powerful antidepressant, at one time known by the code name GLYX-13. It holds so much relief potential that the FDA granted it breakthrough therapy status, and later, fast track. It’s currently in Phase 3 (of 4) clinical trials. To learn more, eyeball “‘I Feel Depressed! So, What’s in the Relief Pipeline?’ Let’s Chat GLYX-13.”

In closing, it’s my hope ketamine and related chemicals and drugs continue to receive the attention they deserve. I mean, let’s have the tale fully told. Only then will we know if it brings us to paradise or it’s just another cruel joke.

One final thought. I more than understand the often deep downside of side effects. But if one is horribly suffering, isn’t it their right to do the benefits/side effects weighing and make their own use decision? Hmmm…

Next Post: FEAR of DEATH, FEAR in LIFE: The PARADOX of THANATOPHOBIA

Previous Post: TEMPERAMENT: Onboard and READY to ROLL. Why It Matters NOW.