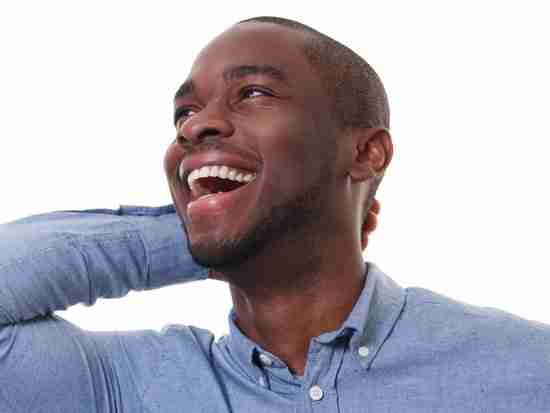 When was the last time you busted-out with a belly-jiggling, eye-watering laugh? Hey, there’s a lot more to the “best medicine” angle than you might think. Let’s talk about why laughter is a powerful remedy…

…laughing during a funny movie elevates the pain threshold and aids in breaking the cycle between pain, sleep loss, depression, and immunosuppression.

Did you ever wonder how laughter originated? Well, to our long-ago ancestors, relationship quality was crucial to survival. One theory suggests that laughter likely evolved from labored breathing during play, such as tickling. That shared arousal experience in young mammals created and deepened social bonds.

To this day, the goal remains the same, doesn’t it? It’s about becoming fonder of those with whom we share the odd sound and physical signs of laughter.

Let’s take our discussion to the personal remedy neck of the woods, led by a Psychiatric Times article, Laughter Is the Best Medicine, written by Kavita Khajuria, MD.

Laughter is the best medicine

Dr. Khajuria takes the importance of humor in medical treatment all the way back to the 13th century. That’s when the “Father of French Surgery,” Henri de Mondeville, was known to add humor to his post-operative treatments.

Khajuria goes on to highlight author and professor Norman Cousins, who did quite a bit of research on the biochemistry of human emotion. In fact, he believed emotion was the key to success in fighting illness.

Unfortunately, he had the opportunity to personally test his theories when he was crippled by sudden-onset connective tissue disease and arthritis.

I made the joyous discovery that ten minutes of genuine belly laughter had an anesthetic effect and would give me at least two hours of pain-free sleep…When the pain-killing effect of the laughter wore off, we would switch on the motion picture projector again and not infrequently, it would lead to another pain-free interval.

Cousins’ wrestling match with his illnesses is detailed in his 1979 book, Anatomy of an Illness: As Perceived by the Patient. Check it out.

Laughter and the body 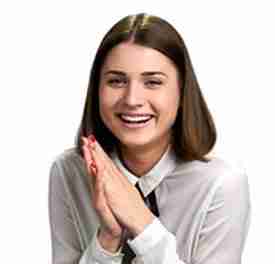 “It just feels great to laugh.”

Dr. Khajuria shares that numerous studies reveal the beneficial effects of laughter. For instance, laughing during a funny movie elevates the pain threshold and aids in breaking the cycle between pain, sleep loss, depression, and immunosuppression. (Just ask Mr. Cousins.)

And how ’bout this? Laughter assists in the recovery and prevention of cancer by increasing natural killer cell activity, the response of gamma interferon and T cells, and it amps-up the defense against respiratory infections.

And, of course, humor and laughter generate the discharge of endorphins, encouraging calm.

Oh, almost forgot. Laughter releases brain-derived neurotrophic factor (BDNF). BDNF supports existing neurons and promotes the growth of new neurons and synapses. So this is about neurogenesis and neuroplasticity. For mood and anxiety disorder sufferers, both are powerful and hopeful.

Laughter and the mind

Okay, have you ever heard of laughter yoga? Indeed, to achieve positive psychological outcomes, the practice encourages participants to mimic the act of laughing.

And it works, as significant improvement in positive emotions and reductions in the severity of stress and anxiety symptoms have been noted.

Dr. Khajuria even presents an interesting discussion of Sigmund Freud’s views on humor. According to Khajuria, Freud suggested humor may be the highest of the psyche’s defense processes.

And Khajuria goes on to submit that humor can have a place in individual and group therapy for a variety of mood and anxiety disorders.

Hey, how ’bout a personal example. I was feeling especially wound-up a few nights ago. You know the drill, so much going-on throughout the day and then a hard time dimming the lights on the old gray matter. Yes, I was moody and anxious.

So what did I do? I grabbed my phone and opened the YouTube app looking for comic relief. In short order I came upon a clip from a UK game show. I laughed ’til I cried. And, dang, I’ll bet I watched it a dozen times.

The result? I chilled and hit the sack.

So I’ll ask you again? When was the last time you busted-out with a belly-jiggling, eye-watering laugh? If it’s been way too long, you’re missing-out on so much relief.

Give it a go, okay? I mean, laughter-inducing material is easy to find.

Be sure to read Dr. Khajuria’s article, Laughter Is the Best Medicine, as you’ll find more details and some really good references.

The origin of laughter info came from an interesting article, The evolutionary origins of laughter are rooted more in survival than enjoyment, which appeared on The Conversation.

And then, of course, there are hundreds of Chipur mood and anxiety disorder-related titles to review.

Next Post: Borderline Personality Disorder: Let’s get it right