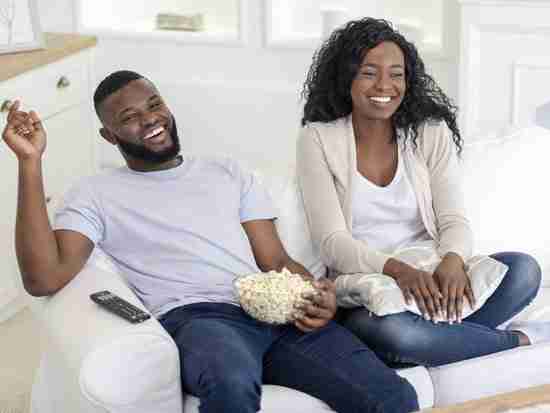 In the throes of anxiety and snake’s belly mood, can you still laugh – maybe chuckle? If so, it feels good, doesn’t it? As with any sensation we experience, it’s about biochemistry. In this case, endorphins…

In addition to routine endorphin release, we can pump more whenever we want. These will do it…

Knee-slapping laughter can be a wonderful and natural remedy for most anything that ails us. And laughter has always played a big role in bonding with others.

Most people have assumed that laughter’s medicinal action is the end product of “whatever” brain processes. And you know what? New research finally confirms and explains it.

According to the University of Oxford’s Dr. Robert Dunbar…

Very little research has been done into why we laugh and what role it plays in society. We think that it is the bonding effects of the endorphin rush that explain why laughter plays such an important role in our social lives.

Released by the brain’s hypothalamus and pituitary gland in response to pain and stress, endorphins are endogenous (internal) peptide hormones. They’re the body’s natural painkillers and can create a feeling of well-being.

There are some twenty endorphin types. The most studied is beta-endorphin, associated with “runner’s high.”

Interesting: the name endorphin comes from the term “endogenous morphine.” “Endogenous” because they’re produced in the body. Morphine refers to their opioid-mimicking action.

In addition to routine endorphin release, we can pump more whenever we want. These will do it: exercise, acupuncture, meditation, sensation of love, sex, listening to music, being in the sun – and laughter. Heck, eating spicy foods can make endorphins flow.

Absolutely, it makes sense that laughter’s medicinal action is the product of brain biochemistry. However, technically, it’s been conjecture. That is until Dr. Dunbar and colleagues put together their research.

To solidify the connection between laughter and endorphins, the team elected to work with their pain- relieving action.

The first order of business was to test the participants’ pain threshold. And then it was on to administering a laugh-inducing control test. Pain thresholds were tested again. 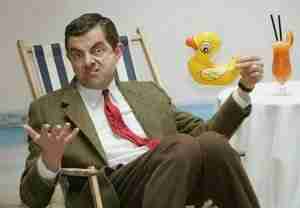 Catch this. Laughter was induced by showing clips from the TV shows Mr. Bean and Friends. But since laughter is thirty times more likely to occur when around other people, the participants had to be tested in a group setting. So off they went to live comedy shows at the Edinburgh Festival Fringe.

But what about the pain-inducing piece? Well, two “ouch” methods were used. During solitary laughter sessions, participants’ arms were wrapped in a frozen wine cooling sleeve or a blood pressure cuff until they said they’d had enough. When the work was conducted at the comedy shows, participants squatted against a wall until they collapsed.

Both would work for me.

How do we know laughter releases endorphins?

Let’s look at the results. In all cases, the participants’ pain tolerance spiked after laughing. Numbers? Watching fifteen minutes of comedy – in a group – increased pain threshold by 10%. When the participants experienced laughter alone, the threshold increase was slightly less.

To firm up the results, the team determined that when the participants watched something that didn’t generate laughter, pain thresholds didn’t change – and were often lowered.

That’s all the research team needed to connect the pain-relieving power of laughter with endorphin release. Feeling of general well-being? I would think pain reduction would provide a boost.

How does relief happen?

So just how does this relief happen? It’s believed that the long series of exhalations that accompany laughter lead to exhaustion of the abdominal muscles (“belly-laugh?”). And this, as with any vigorous physical activity, triggers endorphin release.

So now it’s official. The pain and well-being impacting magic of laughter can be attributed to the release of endorphins.

Don’t know about you, but I love learning the how’s and why’s behind our thoughts, feelings, and behaviors. So, we can put another notch in our education and insight poles, right?

Now let’s get busy and find knee-slapping motivation. And we’ll make sure it isn’t the last laugh.

Would you like to read more Chipur mood and anxiety disorder info and inspiration articles? Please review the hundreds of titles.