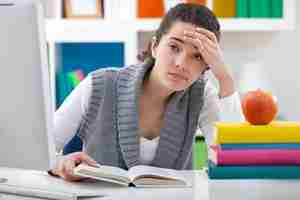 “You mean I’ve been living with depression and anxiety to the max because I misunderstood the assignment? You’re kidding me, right? Buckets of misery for nothing?!”

Unfortunately, it looks that way : (  So here’s the story…

The boss called him in to her office. He bit, and learned she had an assignment for him. She asked him to prepare a presentation for the annual meeting, which was only a month away. Consumed with fear, his throat all but closed. But what could he do? The boss is the boss, so he accepted the assignment with that “good soldier” look upon his face. And out the door he marched.

Instead of heading for his office, he detoured to the parking lot and climbed into his car. Off on the highway he went for a primal scream session. He wanted nothing to do with the assignment. Now, he had no problem with putting the presentation together – that would be a cinch. It was the presenting part that placed him in chains.

Then it was on to facing 24/7 hell, as he had no doubt the anticipatory anxiety – and associated depression – would be staggering and fragmenting.

Fast forward. It was one week before the “execution” (equating to three weeks of torture), and the boss summoned him to her office. She wanted to take a look at the presentation so she could begin to get comfortable with it. She said she wanted to be “totally on” when she delivered it.

He said to himself, “What did she say? She wants to be ‘totally on…?’ Hmmm, that implies she’s giving the presentation.”

He didn’t know whether to laugh or cry. He went for confirmation, asking what’s what. And what do you know? The boss was, indeed, going to face the throng – not him.

Yikes! Seems he misunderstood the assignment. And it cost him dearly – three weeks of 24/7 totally unnecessary pain and despair.

That’s the story, and I’m stickin’ to it. And it begs the question – how much 24/7 pain and despair are you subjecting yourself to because you’re misunderstanding assignments? I suppose we could put it this way – what portion of your anxiety and mood discomfort can be attributed to malfunctioning interpretation and reaction – what I refer to as “interpreaction.” And, of course, we’re talking “mis” and “over.”

Let’s work an example. When you leave the house (your safe place?) how much of the anxiety and mood misery you experience is generated by misunderstanding (misinterpreting) the assignment, and overreacting accordingly? Maybe you believe your assignment is to present some sort of defined public image – one that actually makes you very uncomfortable. So is it any wonder you’re soaked in anxiety and associated depression, even as you consider stepping foot out of the house?

I’d say you definitely misunderstood the assignment – or the assignment was inappropriate in the first place. But what might the assignment really have been? Any number of things, I suppose. How ’bout simply being yourself, contributing to someone’s well-being, and enjoying your day? Sound good?

There’s another angle here I’d like you to consider. Perhaps you’re enduring unnecessary suffering because you’re viewing your participation in life as nothing more than a series of assignments. Think about it. Has living life become nothing more than completing a series of tasks? I can sure understand how it could come to that, but is that really how you want to spend your remaining years on the planet? Hmmm.

Well, ’nuff said – I’m thinking you get the point. If you’re living with depression and anxiety, swirl around this assignment biz – and take a brutally honest inventory. Only then can you make life-sustaining adjustments.

Oh, our presentation guy? Well, he figured it all out. In fact, he asked the boss if he could present at next year’s meeting. She said, “Yes.” And he swears he’ll be “totally on.”

Would you like to review some Chipur titles? Why not peruse over 550 of ’em!

Previous Post: What to Do About Depression? “Control Those Thoughts!” But That Ain’t So Easy, Is It?