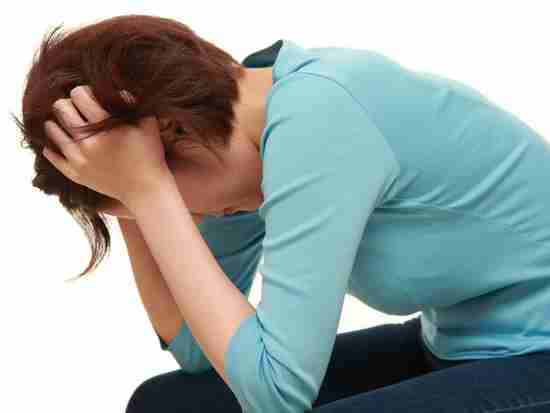 bsessions and compulsions are terribly upsetting and confounding. But when disorder criteria are met – obsessive-compulsive disorder – life can become a nightmare. Our guest post writer, Jason, shares his forty-year experience with what he calls hell on earth…

If I didn’t do each one of the steps, it felt like I was going to die and everyone was going to get all of my stuff. I had to do this every time I left the house.

Nothing pleases me more than having real people share real experiences. Okay, sure, I’m the primary sharer here, but emotional and mental disorders manifest in each of us differently. And there’s so much variation in how we receive and live with them. Well, the more stories, the better.

Jason McKean sent me an email asking if he could guest post for Chipur. Given his personal experience, I was glad to get his story onboard. Jason has just started blogging at Journey From Anxiety to Peace. He offers his self-help book, Journey Toward Freedom: How to Stop Walking Around in Shackles and Start Being Free and Alive, there as well.

As you’ll see, Jason has been brutally honest. And I’m thinking he endured a good bit of pain while writing this powerful piece. I admire that.

The floor’s yours, Jason…

Have you ever survived hell on earth? Have you ever felt like a puppet under someone else’s control? That’s what an existence with obsessive-compulsive disorder (OCD) feels like.

You get a thought that is scary, like harming someone you’re fond of. After this terrifying thought, you have to step back to make sure you didn’t actually do anything to harm the person. You have to check each time, since the mind doubts that you ever checked at all.

The thoughts can be about many different things. They can be about germs, harming, dropping items, locking doors, etc. They are all “real” to the person, but they are all just thoughts.

There are many different theories on how OCD starts. Below are some of them…

How OCD affected me

However it is started, OCD has had a major affect on my life for forty of my forty-five years. Here are some of the ways it has affected me…

I started being reined-in by this OCD demon around age six. I love dogs and wouldn’t hurt them, but I actually did do some terrible things to my beloved dog, Princess.

I had the thought, “I hope I don’t choke the dog and it gets harmed.” So I had to check by putting my hands around her throat and actually tried to choke the dog. I doubted that I did it right and had to do it again.

After about four times Princess had a tough time catching her breath while coughing. That was what it took for me to stop. The dog had more forgiveness than I would have and I am glad she was fine. It still bothers me today – working on forgiving myself. 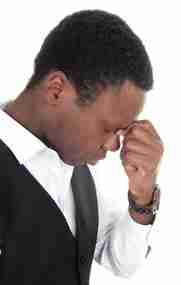 “The things I do don’t make sense. But I just can’t stop.”

Then there was the AIDS scare. I wasn’t in any kind of harm from the disease, but just the thought scared me.

I would stay away from anything red, especially on someone’s hand. Even though I knew the facts, I still washed my hands and stayed clear of anything red. It reigned over me and I couldn’t control it. Then it lost its power and the identity theft thoughts came.

When I heard about identity theft, it scared the hell out of me. I watched everything and made sure I locked everything well. It would take me a half hour to leave the house. I would do the following every time I left…

As I headed down the stairs of the apartment, if anyone came out of their room, I had to do everything all over again – beginning with the second one. Sometimes I had to do it four times, which took twenty minutes. If I didn’t do each one of the steps, it felt like I was going to die and everyone was going to get all of my stuff. I had to do this every time I left the house.

There were others: thinking I hit someone with a car, calling God bad names, throwing important stuff out of car windows on purpose, thinking someone poisoned food I purchased, and saying bad things out loud in a public space.

The getting better journey

My journey to getting better included the following…

These tactics are helping to this day to rein-in the disorder, instead of the other way around. I hope someone that relates to these symptoms or a professional reading this will give the sufferer more room and respect. It takes super-powers to handle this full-time job disorder, plus working a full-time job.

I hope all OCD sufferers can get better and use some of the things that helped me out.

Thank you so much, Jason. I was deeply touched by what you gave us. And I’m proud to tell you we share several symptoms. I get it.

Readers, if you found yourself nodding your head, getting a lump in your throat, or tearing-up while reading Jason’s piece, you get it too.

Question is, what are you going to do about it? Please don’t stay in the shadows. There’s plenty of help available.

Looking for a place to share what’s on your mind and help others? Check-out the private Facebook group, Chipur: Living With the Mood & Anxiety Disorders.

Hundreds upon hundreds of Chipur articles are waiting for you. Peruse the titles.

Previous Post: How ‘Bout We Shake Hands and Move on With Life – Together?