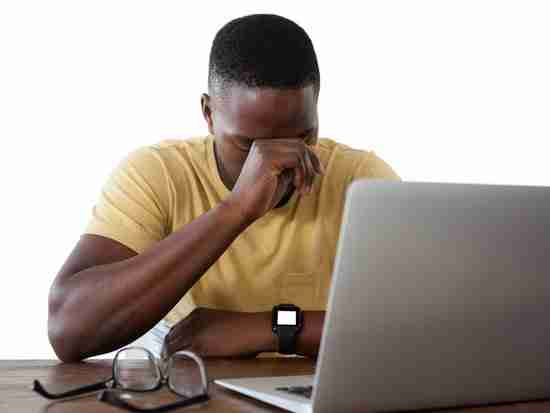 Loneliness: that chronic throbbing pain that tortures so many souls. Sure, it’s gotten a lot of press during the pandemic, but loneliness ran rampant long before. Let’s work together on understanding and relieving the pain…

I wrote that “self-portrait” a number of years ago. Maybe our lonely friend above can relate.

Loneliness has reached epidemic proportions all over the world, with an estimated occurrence rate of 30%. It’s reported to be as high as 50% in some cities and regions. And the numbers have been rising.

That makes loneliness something we need to discuss here on Chipur. In doing so, we’re going to rely upon two excellent information sources: a great piece on loneliness from Psychology Today and an article featured in The Atlantic written by Olga Khazan. Ms. Khazan’s piece includes an interview with renowned loneliness researcher, the late Professor John Cacioppo. I’ll be contributing as well.

What say we get busy…

Loneliness is a state of distress experienced when we perceive a gap between wanting to socially connect and actually doing it. Of course, we can feel lonely even if we’re in a relationship or in a roomful of people.

Yes, in many ways, loneliness is painful.

Though many of us know from personal experience, let’s catch a glimpse of what loneliness looks like, based upon the UCLA Loneliness Scale in which individuals are asked how often they…

Why am I lonely?

It would make sense that any of us might feel lonely if, say, we live by ourselves and don’t have any social contacts. But in Ms. Khazan’s interview in The Atlantic, Professor Cacioppo submits that living alone and the size of one’s social network really doesn’t have much to do with loneliness.

Cacioppo emphasizes the difference between being alone and feeling alone. For instance, individuals in committed relationships tend to feel less lonely than those who aren’t. However, those in a committed relationship can feel terribly alone if they feel alienated from their partner. According to Cacioppo, it’s about objective isolation versus perceived isolation. 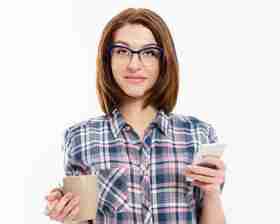 “The internet has to be the best way to make social connections. Right?”

Cacioppo goes on to address the internet. No doubt, it increases social connectivity. But he points out that if we find ourselves checking our texts and emails at a family event, we may come to realize our digital connections don’t necessarily equate to feeling more connected.

Cacioppo states that if we use digital connections as stops along our social journey, which adolescents tend to do, they can be associated with lower levels of loneliness. However, if they’re used as a final – ultimate – destination, which lonely people often do, ongoing unfulfillment and social withdrawal are often the result. For some, it may even come to interacting digitally as a non-authentic person in an effort to feel more accepted. But that never works. And the fact is, if the only acceptance one can grab is based upon a fake representation of self on the web – well, that’s not going to make anyone feel too terribly good about themselves.

Okay, one more angle. There’s evidence that lonely individuals have what could be called a negativity bias when it comes to evaluating social interactions. People prone to loneliness frequently pick up on signs of potential rejection more quickly than others. But the read is often inaccurate. The idea may be self-protection by justifying avoidance of social encounters. Seems it’s evolved from the days of our earliest ancestors. The thought is, if I make the mistake of thinking a foe is a friend, it may cost me my life.

How to be less lonely

Cacioppo comments on how to help individuals who think they’re lonely, but are wary of connecting with people. He recommends gaining insight into how we read the face, voice, and posture of others. And then it’s on to how those readings may be incorrect – and how we learned to make such judgments.

When it comes to practical steps for people who feel lonely, Cacioppo underscores that one of the biggest roadblocks is misunderstanding what loneliness is. The lonely equate it to being alone, which leads to misguided attempts to solve the problem  – that don’t solve it at all. And if they try enough times not to be alone (and fail), they begin to think they’ll never be able to resolve their loneliness. Ultimately, they believe they’re worthless and spiral downward.

Cacioppo submits that the lonely need to E.A.S.E. their way back into social connections…

A few more tips as we finish this section…

I have to emphasize how important it is to remain aware of, and manage, the negativity bias we may have when it comes to evaluating social interactions. Misjudgments in an effort to avoid rejection can lead to unnecessary withdrawal.

Finally, when it comes to defeating loneliness, it’s always important to make tolerable decisions and moves that build emotional strength and resilience.

Loneliness: that chronic throbbing pain that tortures the soul. But there’s a way out. And it comes through understanding what loneliness truly is, making indicated thought and feeling adjustments, and taking well-considered action.

Always remember, loneliness isn’t about being alone – it’s feeling alone. A matter of perception that can be changed.

The loneliness article from Psychology Today is well worth a read. And so is the interview with Professor John Cacioppo featured in The Atlantic: “How Loneliness Begets Loneliness” by Olga Khazan.

And don’t turn your back on the hundreds of Chipur mood and anxiety disorder-related titles.

Next Post: Brain Fog: What you need to know

Previous Post: My dove epiphany: One of 12 comforting angel signs