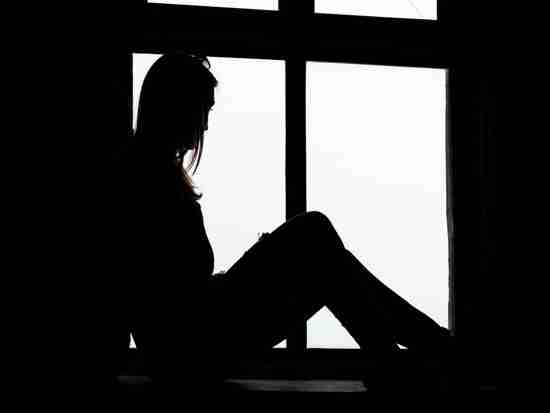 Loneliness: the very depths of darkness and isolation. Given all of the pain, wouldn’t you like to know the whys of it all? Well, University of Chicago researchers have worked hard to help us understand. Very interesting and powerful information…

So, loneliness – what’s really at its foundation? According to a University of Chicago study team, it could well be self-centeredness, for self-preservation sake. Wha?

Much for us to learn, so let’s dig-in…

That sure as heck applies here, and study co-author John Cacioppo backs it up…

If you get more self-centered, you run the risk of staying locked in to feeling socially isolated.

Loneliness By the Numbers

As background, in previous research Cacioppo and his wife, psychologist Stephanie Cacioppo, took a worldwide peek at loneliness in adults of all ages. They found that 5-10% experienced loneliness constantly, frequently, or all the time. And another 30-40% constantly felt lonely.

The findings of this most recent research are based upon 11 years of data which was a portion of the Chicago Health, Aging and Social Relations Study. The study’s general population random sample consisted of 229 individuals ranging in age from 50 to 68 at the start of the study. There was great variation in gender, ethnicity, and socioeconomic status.

The Cacioppos point-out that early psychological research considered loneliness an abnormal or temporary feeling of distress that had no redeeming value or adaptive purpose.

Stephanie Cacioppo’s take? “None of that could be farther from the truth.”

In 2006, John Cacioppo and colleagues used a neuroscientific – biological – approach in proposing an evolutionary interpretation of loneliness. According to their perspective, humans lean toward specific emotions, thoughts, and behavior by virtue of evolutionary shaping of the brain.

Interesting and important observations from the Cacioppos…

A variety of biological mechanisms have evolved that capitalize on aversive signals to motivate us to act in ways that are essential for our reproduction or survival.

Physical pain is an aversive signal that alerts us of potential tissue damage and motivates us to take care of our physical body.

According to the Cacioppos’ evolutionary-biological point of view, humans have no choice but to be concerned with their own interests (self-centeredness). However, compared to the pressures that existed when loneliness evolved in humans, modern societal pressures are exponentially more powerful.

So in today’s society, becoming more self-centered protects lonely people. Well, at least in the short term. And that’s because the harmful effects of loneliness snowball over time, which takes its toll on one’s overall health and well-being.

It isn’t that one individual is sacrificial to the other. It’s that together they do more than the sum of the parts. Loneliness undercuts that focus and really makes you focus on only your own interests at the expense of others.

As we wrap things up, let’s consider the study summary words of John Cacioppo…

Now that we know loneliness is damaging and contributing to the misery and health care costs of America, how do we reduce it?

Well, I guess that’s the millions-of-dollars question, isn’t it?

Certainly we can utilize traditional loneliness preventing measures such as staying connected with folk, getting out and about, managing isolation, etc.

But you know, we can’t ignore the positive feedback loop. And that means we have to work on the self-centeredness that cycles around to exacerbate loneliness.

So it really isn’t solely a matter of traditional loneliness prevention. It’s also about gaining insight into how we use self-centeredness for protection, and learning to pursue safety and security in relationships. Only then will we further the cause of mutual aid.

What you just read is based upon Loneliness contributes to self-centeredness for sake of self-preservation by Steve Koppes. Please, take a look.

Hey, inviting you to check-out hundreds of Chipur titles. There’s so much to learn and identify with.

Next Post: Mood STABILIZERS: Treating the SWINGS of the MOOD SPECTRUM

Previous Post: 3 Ways to Make the Most of a Major Life Transition