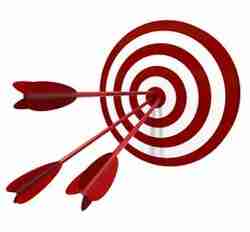 “Pursuing long-term goals has always been tough for me. Hmmm, maybe that’s because I never seem to achieve them!?”

If you’re like most, when it comes to pursuing long-term goals you work primarily from the conscious mind. In effect, you’re trying to “think” your way to success.

A research team, led by Dr. Sarah Moore, from the University of Alberta’s Alberta School of Business, proposes a different angle. When it’s time to chase those long-term goals, it’s time to turn to your unconscious mind – your gut.

By the way, for the purposes of our discussion long-term goals are things like kicking-off an exercise program or making a career change.

Well, I sure opened a large can of worms with this unconscious/conscious mind biz. So we’d better do some defining, don’t you think? Be advised, there are a multitude of definitions and interpretations out and about. In fact, there are those who deny the existence of an unconscious mind.

I’m going to turn to Sigmund Freud’s psychoanalytic theory for insight. Uncle Siggy for sure believed the human mind is organized into two main parts – the unconscious and conscious. Here’s his take…

So back to the research. Dr. Moore and team suggest that our unconscious feelings about objects (psychobabble warning: things/phenomena to which we relate) in our little corners of the world heavily influence our pursuit of long-term goals. And even after the goals are reached, the unconscious mind continues to influence feelings about these objects. Such remains the case should the chase be unsuccessful.

The thoughts of Dr. Moore…

“In the past few years, we recognized that some of Freud’s ideas on the unconscious mind were, in fact, correct and that a lot of our decision-making and a lot of our feelings are based on things that we’re not really aware of.”

According to Moore, here’s how it all goes down in the mind. Be they short or long-term goals, the unconscious mind identifies and responds positively to objects and triggers in our environment that support the goal.

But when it comes to long-term goals, things work differently. The unconscious mind continues to positively value objects related to the long-term goal even after some measure of success has been achieved. It seems to be a match made in heaven.

And, according to the study, even if the goal wasn’t achieved, a neutral view of the object was retained. Perspective still existed that the goal remains important in the long run.

So it seems the unconscious mind says, “Hey, it simply wasn’t time yet. Sure we didn’t get it handled this go-round, so just leave it alone for now. Let’s pursue something else.”

So often the strategy is pounded into our heads that we have to think, think, think our way to success. But the research tells us otherwise. Our pursuit of long-term goals will be more productive if we look to our unconscious mind – our gut – for guidance.

I say it time and again, staying up in our heads isn’t necessarily the best approach to life. When it’s time for the rubber to meet the road, it’s often time to live “neck-down.”

Plenty more articles where this came from. The psychology of the mood and anxiety disorders? Click here. chipur Feelin’ Better articles. Right here.