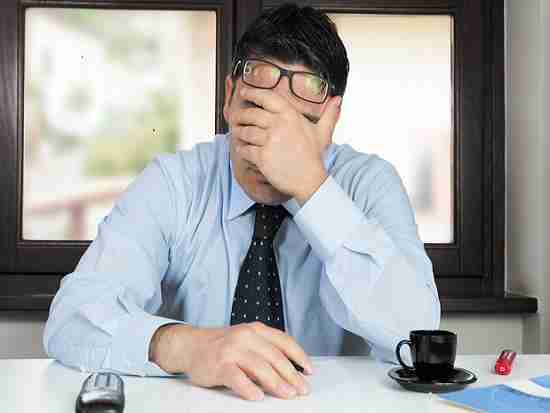 “Just when I thought I understood my depression, and the meds that are supposed to help me manage it. And now you’re suggesting low-serotonin has nothing to do with it? You’re kiddin’ me, right?!”

It’s time we rethink what we are doing. We are taking people who are suffering from the most common forms of depression, and instead of helping them, it appears we are putting an obstacle in their path to recovery…Dr. Paul Andrews

Seems someone filled-in our friend on the gist of a recent research paper. He’s pretty frustrated, isn’t he? And who could blame him?

I mean, the theory that depression is related to low levels of serotonin in neural synapse has been pounded into our heads for decades.

And now it’s being challenged.

Thing is, though, our friend is likely upset well beyond losing a grip on what’s causing his depression. ‘Cause if the authors of the paper are correct, that SSRI he’s taking is not only doing him no good, it may be making him miserable.

Guess the mantra of psychotropic medications is biting us in the tush – “The exact mechanism of action is unknown.”

Okay, let’s slow things down and see what’s behind the hubbub.

The Science Behind Commonly Used Antidepressants Appears to Be Backwards

A team of scientists from McMaster University (Canada), led by evolutionary psychologist Dr. Paul Andrews, has published a hair-raising paper in the journal Neuroscience & Biobehavioral Reviews.

The brain-trust reviewed existing research in an effort to find evidence to support the very keystone of depression cause and treatment: depression is related to low levels of serotonin in the synapse between neurons in the brain.

What did they come up with?

A little “in case you didn’t know.” The concept behind SSRI action is keeping levels of serotonin high by blocking its re-absorption into the neurons that release it. Actually, we could include the SNRIs (serotonin norepinephrine reuptake inhibitors – Effexor, Pristiq, Cymbalta, etc.).

This is all about reuptake. For more on the dynamic, reference the article I linked to in “synapse between neurons” above.

The hard-hitting part of the paper is the belief that serotonin-boosting medications make it harder for those enduring depression to recover, especially in the short term. This from Dr. Andrews…

It’s time we rethink what we are doing. We are taking people who are suffering from the most common forms of depression, and instead of helping them, it appears we are putting an obstacle in their path to recovery.

So if this is true, why do some show mood improvement when taking an antidepressant? According to the team it’s because their brains are, in fact, overcoming the medication’s effects, as opposed to reaping its benefits.

Hmmm, so instead of providing assistance, the antidepressant appears to be interfering with the brain’s own mechanisms of recovery. Andrews supposes that could be why folks report feeling worse during their first two weeks on an antidepressant.

Why Can’t We Know for Sure, and What’s the Supposed Bottom-Line?

Why is there so much room for conjecture when it comes to serotonin’s influence upon depression? Well, according to the team, it’s impossible to measure exactly how the brain releases and uses serotonin. And that’s because there’s no safe way to measure it in a living human being.

That means scientists have to rely upon measuring serotonin levels the brain has already metabolized, and making inferences from animal studies. And that doesn’t provide the clearest picture.

All things considered, the paper states the best available evidence indicates there’s more serotonin being released and used during depressive episodes, not less.

The team goes on to suggest serotonin helps the brain adapt to depression by re-allocating its resources, giving more to conscious thought and less to areas such as growth, development, reproduction, immune function, and the stress response.

Consider this take-away. Andrews has argued in previous research that antidepressants leave patients in worse shape after they stop using them, and that most forms of depression, though painful, are natural and beneficial adaptations to stress.

Yikes! And your thoughts are?

Where Do We Go From Here?

It’s difficult writing pieces like this. I mean, news is news – knowledge is power. Yet, what about our exasperated friend? What about you? ‘Cause the paper implies that antidepressant you’re taking may be worthless, and may even be bringing you down. And that’s a kick in the gut.

Look at it this way. If Andrews and team are right, isn’t it better to cut our losses and move-on to other interventions?

Pharmaceutically, I’ve shared that other neurotransmitters, especially glutamate, may be the best point of attack for depression. Check-out the piece I wrote a while back on ketamine, which influences a glutamate receptor. And in that piece you’ll find a link to info on a glutamate influencing drug in development, GLYX-13.

And as we’re considering other depression interventions, let’s never forget the power of psychotherapy – perspective and acceptance.

But you know what? Maybe Dr. Andrews and team are flat-out wrong.

Hmmm. Right or wrong, having these discussions is a good thing, ’cause every possible angle has to be uncovered and considered if we’re to understand and effectively treat depression.

Previous Post: 10 Ways to Keep Our World Intact When All Hell Breaks Loose