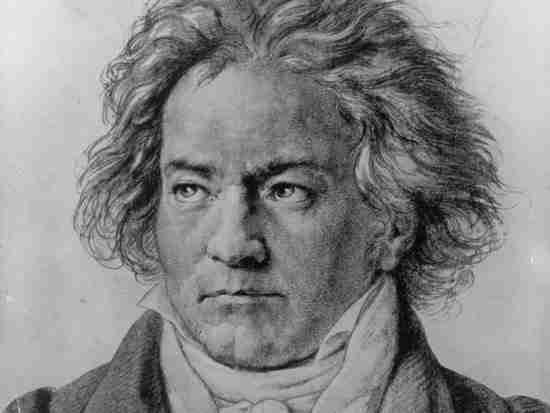 Fact! Most who endure chronic emotional or mental unpleasantness spend the bulk of their cognitive power ruminating over their perceived faults, kicking their beauty to the curb. It’s just what we do, until we come to understand we’re an exquisite symphony, consisting of wonderful and troubling movements. Consider LvB’s…

He was so tormented that he shared with one of his brothers that suicide would be the only option – were it not for his music.

So I was lying in bed one night last week and absolutely could not fall asleep. Realizing it just wasn’t going to happen, I reached for my phone and lit-up YouTube (horrible sleep hygiene, right?).

Scrolling through the titles, I found a Discovery History documentary on Ludwig van Beethoven (LvB). Seemed to be the right thing for the right time, so in I went. What I saw – what I heard – blew me away.

LvB was born in Bonn, Electorate of Cologne in 1770. His same-named grandfather was a respected musician and did what he could to pass-on his talent to his son. But it wasn’t to be. LvB’s father, Johann, was a mediocre pianist – and not a very good guy.

Seeing early signs of musical talent in LvB, Johann decided to teach him piano. Unfortunately, his methods included drunken beatings, punching, shoving, and locking LvB in the cellar to practice. See, pop figured he had the next Mozart in the house, and he was going to cash-in come hell or high water.

So it’s not hard to understand why LvB came to believe the world was a dangerous place. And, as a result, he was terrified of interacting with others, becoming a loner. It’s believed that this was the origin of his notorious surly facial expression. Mind you, LvB was but a child.

At the age of 16, financially supported by hometown patrons, LvB left for Vienna, the musical capital of the world. He’d forever dreamed of meeting Wolfgang Amadeus Mozart, 14 years his senior. And not long after his arrival in Vienna he was asked to play for him. Mozart was stunned, immediately telling his wife to “watch-out for this boy.”

LvB was creating compositions so difficult musicians often refused to play them. I mean, his work was daring, unconventional, anything goes. And it continues to have a way of making the listener feel safe, as though life is beautiful.

In his mid-20s, the 5’4″, dark-skinned, pock-marked faced (small pox as a kid), wild-haired LvB developed an art form where emotion hits you first. And it’s said that during concerts people would faint, weep, and throw personal items on the stage.

Here, enjoy this wonderful performance of his “Moonlight Sonata” (Piano Sonata No. 14 in C# minor “Quasi una fantasia”, Op. 27, No. 2), which he wrote to woo a student with whom he’d fallen in love. If you do the whole video, consider what the contrast says about LvB…

LvB’s genius and energy had taken him into the stratosphere. And those troubling movements in his personal symphony were becoming painfully obvious. Though he considered his patrons the families he never had, and kept them close, he didn’t hesitate to declare his independence and storm-out of personal encounters. Indeed, his mood swings, temper, and rages were legendary.

And how ’bout this? LvB didn’t simply perceive himself as a composer. No, he declared himself a creator – second only to God.

In his late-20s, something happened to LvB that’s, well, unfathomable. He began to hear ringing in his ears, and, yes, he would progressively lose his hearing. I mean, it got to the point in his late-30s that he would desperately press an ear against the piano wood to hear whatever he could of his work.

I can’t even begin to absorb that.

As time ensued, LvB’s already nasty temper and rages transitioned into physical violence. He was so tormented that he shared with one of his brothers that suicide would be the only option – were it not for his music.

But go figure, LvB’s creative spirit eventually rebounded. And by genius and sheer force of will he appeared to be reborn, composing a string of masterpieces.

In response to some very ugly family business, and subsequent public humiliation, LvB hit the skids again. To his already disturbing behavior, you can add abusive drinking, not bathing, roaming the streets, and wearing the same food-adorned clothing for as long as three weeks. Things got so bad that kids threw things at him and acquaintances abandoned him.

But wouldn’t you know it. At the end of each day, LvB would return to his flat and compose music of which one could only dream.

Now in his early-50s, LvB once again revived himself. And he did so by composing church music – masses, etc. He considered it a spiritual awakening.

Such an awakening it was, that LvB completed his revolutionary Symphony No. 9, considered to be one of the supreme achievements in the history of western music. At the conclusion of the premier performance, LvB couldn’t even hear the roaring applause, one of the musicians turning him around so he could see the reaction.

Due to severe abdominal pains and other ailments, LvB was unable to complete his 10th Symphony. In fact, he’d become bedridden.

On March 26, 1827 a thunderstorm hit Vienna. According to a friend who was with him, there was a tremendous peal of thunder. In response, LvG raised his fist at it, then collapsed in his bed.

In my mind, LvB’s life was an exquisite symphony, consisting of wonderful and troubling movements. Thing is, though, I don’t think he wasted much cognitive power ruminating over his faults. And he was definitely into his beauty, to say the least.

But what about you – and your personal symphony? Do you think it’s a plausible concept? In an effort to establish inner harmony, are you willing to foster a balance of your troubling movements and the wonderful?

If you ask me, it’s sure something to think about. Right?

Hey, see if you can make the time to watch the documentary on YouTube. I know you’ll find it worthwhile.

And why not peruse some Chipur titles? Always something good going-on.

Previous Post: Another New Year and My Mind Is Hummin’ Along