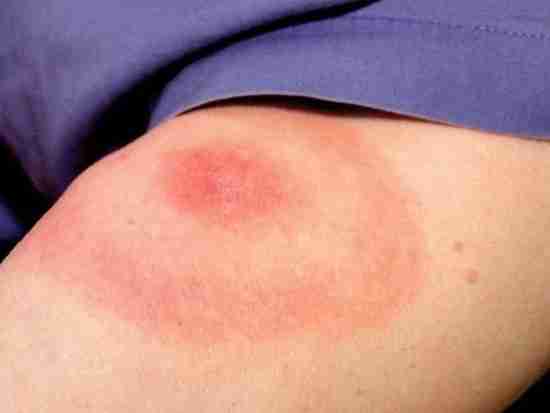 Her panic attack symptoms continued. And there was that major depressive disorder diagnosis. Add to the mix chronic fatigue and memory issues. It occurred to her psychiatrist she lived in a rural area and often worked in her garden. It was time to be tested for Lyme disease.

That scenario came from a case with which I’m very familiar. Physically, the woman suffered horribly. And let’s forget the angst of believing she was hopelessly emotionally/mentally scarred. She was, in fact, diagnosed with Lyme disease and she’s receiving treatment.

Well, this one’s gotta’ be a longie, folks. Tons of info I just couldn’t exclude ; ) So, let’s dig right in with the experience of Dr. Richard Horowitz, author of Why Can’t I Get Better? Solving the Mysteries of Lyme and Chronic Disease…

Doctor, I’ve been to 10-20 physicians in the last several years, always complaining of the same symptoms…I’m tired. I have aches and pains as well as tingling, numbness and burning sensations all over my body that come and go and migrate. I have headaches and a stiff neck…I’m often dizzy. My memory doesn’t work and I can’t concentrate. I have chest pain, palpitations, and shortness of breath. I have sleep problems…I’m now on medicine for my anxiety and depression, and I’m still not feeling well. Is there anything else that I can do?

Lyme disease (LD) is a bacterial infectious disease. It’s the most common tick-borne disease in the Northern Hemisphere. So where did “Lyme” come from? That would be Old Lyme, CT (US), where a number of cases were identified in 1975.

LD symptoms can affect multiple body systems. Tricky thing is, though, not all stricken with LD will experience each and every symptom. And, go figure, many of the symptoms are not LD specific – occurring in other diseases. That’s why LD is often referred to as “the great imitator.”

The time from infection to symptom onset is typically one to two weeks. But the time-lag can be days, as well as months to years. Interesting – symptoms most often occur from May to September, because most infections take place during the tick’s nymphal stage.

Okay, so the classic sign of early local infection is a red, circular, outwardly expanding rash. There it is in our featured image. The rash presents in 80% of LD cases, appearing three to 30 days after the bite – at its site.

LD’s constellation of symptoms include headache, muscle soreness, fever, and malaise. But things can get a whole lot worse. Assorted neurological issues appear in 10-15% of untreated cases. They include facial palsy and meningitis; which can cause nasty headaches, neck stiffness, and light sensitivity. There can even be shooting pains, sleep disturbance, mood changes, and altered mental status. And let’s not forget about cardiac, eye, and joint problems.

Antibiotics are the primary treatment for LD. For those with early localized infection, oral administration of doxycycline is frequently recommended as the first intervention.

Intravenous administration of ceftriaxone is recommended as the first choice for those in early disseminated (reference above) or late infection stages – like the woman with whom we opened the article. Such a treatment regimen can run from one to four weeks, and may require a second round.

If LD is caught early, prompt treatment typically gives it a knock-out punch. However, complications arise in the face of late diagnosis, failure of antibiotics, simultaneous infection with other tick-borne diseases, and (possibly) immune suppression.

A meta-analysis published in 2005 found some LD patients experience fatigue, joint or muscle pain, and cognitive symptoms for years – despite antibiotic treatment. Sadly, those with late stage Lyme disease have been shown to experience a level of physical disability equivalent to that seen in congestive heart failure. In very rare cases, LD can be fatal.

This is brutal biz, folks.

Sure makes sense that the numero uno way to avoid LD is to avoid a tick bite. So, if you’re going to be rubbin’ with nature spray your clothing with Permethrin – it kills ticks pronto. Repellents with Picaridin, IR3535, DEET or Oil of Lemon Eucalyptus will also handle biz. Oh, be sure to wear long sleeves and long pants, and tuck your pants into your socks.

So after that “rub” with nature it’s super-important to do a body check. If a tick is detected, it should be removed promptly. It’s known that removal within 36 hours can reduce transmission rates. Infection is unlikely if removal occurs within 24 hours. The best way of “pulling this off” is to pull the tick out with tweezers as close to the skin as possible. No twisting, and you have to avoid crushing the body of the tick or removing its head (Yikes!).

One last thing. There has been a Lyme disease vaccine in the past; however, things didn’t work-out well. Research continues, so we may have something safe and effective in the future.

The only way to avoid being fooled by the great imitator is to arm yourself with knowledge. And that applies to symptoms, diagnosis, treatment, and prevention.

So now you know.

Would you like to learn more? Check-out this amazing interview with rock/pop legend Daryl Hall – a Lyme disease victim.

Plenty more Chipur articles where this came from. Eyeball the titles!

Previous Post: Mental Health Awareness Month | 14 Pop-Up Thoughts from One of Us (that would be me)