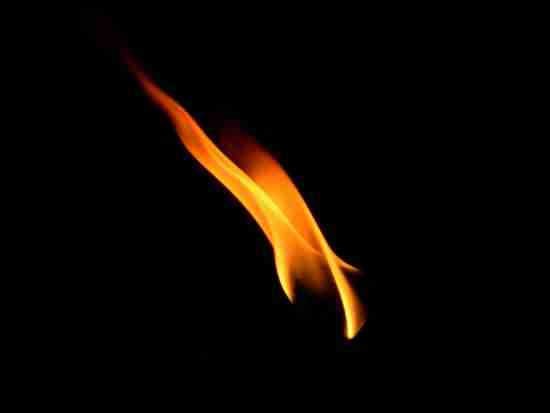 Hope is a matter of spirit. And it sure as heck helps to have some cold, hard facts to fan the flame. Ketamine has rushed to the possibilities-forefront of major depressive disorder treatment. And I’m here to tell you why, including the very latest…

Tons of flame-fanning to do, folks, so we’re gonna’ jump right in. Good to go? Okay, let’s start with a ketamine thumbnail.

Seems a research team from the Icahn School of Medicine at Mount Sinai (NY) has the first controlled evidence that an intranasal ketamine spray produced an unusually rapid antidepressant effect. That would be within 24 hours. And it proved safe, with minimal dissociative effects or changes in blood circulation.

As you may know, ketamine is used in human and veterinary medicine. In us human-types, it’s used as an anesthetic, as well as for sedation, pain, bronchospasm, complex regional pain syndrome, and more. ‘Course, it’s also used recreationally (“Special K,” etc.) at doses as high as 100 times the typical medical dose. Ketamine produces a dissociative state, with occasional accompanying hallucinations (hitting the “K-Hole”).

The bulk of ketamine’s impact comes from its work as a NMDA glutamate (neurotransmitter) receptor antagonist (blocks or inhibits action). And that’s what puts it at the possibilities-forefront for the treatment of major depressive disorder.

It was discovered in the early-2000s that ketamine put the kibosh on unipolar and bipolar depressive symptoms within two hours of administration. And the effect lasted several days. ‘Course, administration issues and nasty side effects formed a major practicality barrier. Nonetheless, the candle had been lit, and research brainiacs haven’t given up on how to make ketamine a practical treatment for depression.

What’s the Latest on Ketamine and Major Depressive Disorder?

Just three months ago, the results of a hopeful study were published in Biological Psychiatry. Seems a research team from the Icahn School of Medicine at Mount Sinai (NY) has the first controlled evidence that an intranasal ketamine spray produced an unusually rapid antidepressant effect. That would be within 24 hours. And it proved safe, with minimal dissociative effects or changes in blood circulation.

One of the primary effects of ketamine in the brain is to block the NMDA glutamate receptor. There is an urgent clinical need for new treatments for depression with novel mechanisms of action. With further research and development, this could lay the groundwork for using NMDA targeted treatments for major depressive disorder.

Going forward, the team hopes to examine the mechanism of action, dose ranging, and learn more about how ketamine works by using functional brain imaging.

Check this out! Data from GLYX-13s Phase 2 clinical trial report a single dose produced statistically significant reductions in depression scores in patients who had failed treatment with current antidepressants. And these reductions were observable within 24 hours of administration, lasting for an average of seven days.

Finally, GLYX-13s antidepressant effect was some 200% greater than that seen with most existing antidepressants after four to six week’s use. Oh, it was well tolerated and didn’t produce even one schizophrenia-like side-effect, often seen with other NMDA receptor modulating agents.

Okay, now for something published in this month’s issue of Anesthesiology. Researchers from the Intramural Research Program at the National Institute on Aging (US) have identified a compound, hydroxynorketamine (HNK), that may treat symptoms of depression just as effectively and rapidly as ketamine, without the nasty side effects. HNK is one of several different compounds produced when ketamine is metabolized.

The clinical use of ketamine therapy for depression is limited because the drug is administered intravenously and may produce adverse effects such as hallucinations and sedation to the point of anesthesia. We found that the HNK compound significantly contributes to the anti-depressive effects of ketamine in animals, but doesn’t produce the sedation or anesthesia, which makes HNK an attractive alternative as an antidepressant in humans.

Amazingly, the research team found HNK, like ketamine, not only produced potent and rapid antidepressant effects, but also stimulated neuro-regenerative pathways and initiated the regrowth of neurons in rats’ brains. HNK also appears to have several advantages over ketamine in that it is 1,000 times more potent, does not act as an anesthetic agent, and can be taken by mouth.

So how ‘bout that ketamine?! Or should I say those NMDA receptor antagonists.

You know, when it comes to remedies for major depressive disorder, panic attack symptoms, PTSD, stress, etc., I prefer to bring you immediately available goodies.

But I couldn’t resist these ketamine/NMDA developments. I believe the prospects are hot, and I’m thinking “on the shelves” won’t be years and years away. And, by the way, isn’t it heartening to know research folk are working hard to bring relief and healing?

Yeah, fanning the flame of hope….

image credit “Flame from a Burning Candle” by MarcusObal – Own work. Licensed under CC BY-SA 3.0 via Wikimedia Commons.

All sorts of hopeful Chipur titles for your eyeballs. Ya’ gotta’ check ’em out.

Next Post: “S.A.I.L.” | A Powerful in the Moment Anxiety-Busting Technique