Readers often ask me how I put my panic attack and anxiety woes in the rear-view mirror. Lots of answers, actually. But it doesn’t get much better than what you’re about to read.

Let’s spend some time this weekend with the amygdala. Now, you may think that’s boring company. But I’m here to tell you the amygdala is one interesting and powerful character.

Well beyond that, getting to know it – and how to manage it – holds the keys to removing panic attacks and anxiety from our lives.

I’m going to say this again at the end of the piece, but it’s also the very best possible lead…

Why then would we not want to understand the amygdala’s role in panic attacks and anxiety?

Got your attention? Good. Let’s start a two-article get-to-know-you session.

What the Heck Is It?

The amygdala is an almond-shaped – amygdala is derived from the Greek for almond-like – grouping of nuclei, approximately one-inch long. It’s located just a few inches from each ear, inward and in a direction toward the forehead. The medial temporal lobe of the brain is the site of the action, and the amygdalae (we have two, actually) are situated equally in the left and right hemispheres.

It’s amazing how much influence the amygdala has. Here’s a short list of what it’s involved with  – fear, reward learning and motivation, aggression, sexual behavior, attention, perception, eating and drinking behaviors, and emotional memory (hint: dog-ear that one for tomorrow).

The amygdala’s structural alteration in the presence of the following, suggests it’s somehow involved or impacted…

The Amygdala, Panic, and Anxiety

According to one smart-cookie, New York University neuroscientist, Dr. Joseph E. LeDoux, the amygdala is the HQ of our general-purpose defense response control network. It would make perfect sense, then, that the amygdala would move into vigorous motion in response to threatening sensory input, real or perceived (three huge keywords).

According to LeDoux, it’s the amygdala that orchestrates our response when the Big Bad Wolf is at the door.

(According to me, doesn’t that mean if we learn to manage the amygdala, the Big Bad Wolf becomes irrelevant?)

The amygdala receives what LeDoux refers to as quick and dirty information from the thalamus (the brain’s sensory processing hub) via the low road. This is a below consciousness, inborn express lane that’s been engineered to allow the amygdala to react in milliseconds in the face of a threat. Again, real or perceived.

As soon as this data hits the amygdala, it sounds the alarms and on comes the action of the HPA axis. Suddenly our fight/flight response is rockin’ and rollin’. And just in case the work of the HPA axis is insufficient, the amygdala has neural connections that patch right into the brainstem; ensuring the appropriate cardiac and respiratory survival responses occur.

I’ve been there, how ’bout you? 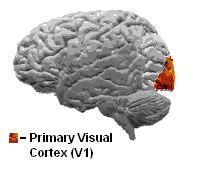 Now, the amygdala also receives input from what LeDoux refers to as the high road. And the primary source of this information is the brain’s visual cortex. Being conscious and rational, this data is much more accurate; and has the clout to give the amygdala sufficient reason to turn off the alarms.

However, there’s a huge problem. This input took the side streets to the amygdala, making it late for the party. That means the errant unconscious and inborn messages that took the express lane are already sipping punch. And the music’s blaring.

So, the whole issue here is travel time.

Absolutely, this is a wonderfully conceived and engineered security system; however, you can see how it can present huge problems for those genetically predisposed to anxiety.

But I’m here to tell you that after coming to truly understand how the amygdala works, we can make it do our bidding!

Why then would we not want to understand the amygdala’s role in panic attacks and anxiety?

Well then – make sure you come back tomorrow. We’re going to discuss how and why the amygdala knows how to be afraid.

Better yet, we’re going to review what we can do to make it feel safe and secure. And that means we stay calm, cool, and collected.

Next Post: The Amygdala: Work It & Be Panic Free!

Previous Post: Our Patterns of NFTBs: Print this and fix ’em!