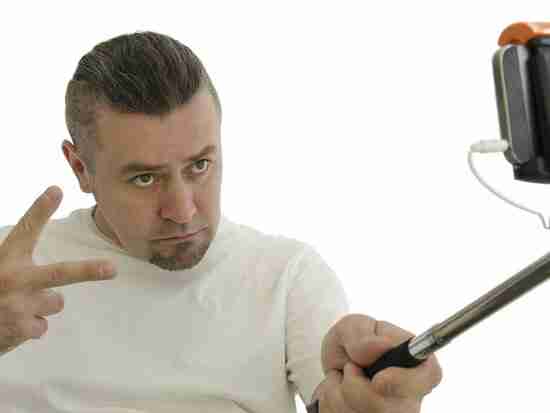 You’re not good enough, your attention-giving reservoir is bone-dry, and you get no empathy. You’re drained and feel like a worm. The symptoms of narcissistic personality disorder spread like wildfire. Here’s what you need to know…

‘A persistent manner of grandiosity, a continuous desire for admiration, along with a lack of empathy. It starts by early adulthood…’

Narcissism: it all began in Greek mythology with a handsome hunter named Narcissus. Rejecting all romantic advances, he fell in love with his reflection in a pool. It’s said he’s gazing at his image even now.

Narcissism, narcissistic, narcissist are words we hear a lot lately. Narcissistic personality disorder is even bandied about. Guess it’s a sign of unfortunate times.

But if we’re going to toss words around – especially of that intensity and impact – we need to make sure we know what we’re talking about.

For the record, the Diagnostic and Statistical Manual of Mental Disorders, Fifth Edition (DSM-5) doesn’t recognize narcissism as a disorder. So we’ll use narcissistic traits to paint our picture.

Arrogance, conceit, being argumentative, vanity, frustration, obsession with appearance, being fretful, cycling between superiority and inferiority, selection of a partner with similar background and characteristics, striving to be better than one’s friends.

Keep in mind, these are traits, not disorder criteria. And as much as any of the above may make someone unpleasant to be around, there are tons of folks who possess several of those traits. Not all are pathological.

What is narcissistic personality disorder?

So what is narcissistic personality disorder? Well, NPD comes down to grandiosity, seeking excessive admiration, and a lack of empathy. Those with NPD act with an air of entitlement and control, are dismissive of others, and exhibit a condescending attitude.

”I can’t take it anymore. He’s destroying me.”

But don’t be fooled, those are the externals. Internally, those with NPD wrestle with intense feelings of inadequacy and low self-esteem. No wonder the NPD patient is often incapable of dealing with disapproval or any measure of pushback.

Enter the DSM-5, which recognizes NPD. Its definition, with diagnostic criteria, goes like this…

A persistent manner of grandiosity, a continuous desire for admiration, along with a lack of empathy. It starts by early adulthood and occurs in a range of situations, as signified by the existence of any five of the next nine standards…

Here are some tidbits you may find interesting…

When it comes to treatment for NPD, it’s all about therapy. Individual psychoanalytic therapy is often at the core; however, other therapies may be utilized: cognitive behavioral therapy (CBT), family and couples therapies, and group work.

Of note is the CBT, schema-focused therapy, which emphasizes addressing narcissistic schemas, as well as dicey moods and coping mechanisms.

In general, when it comes to therapy for NPD a combination strategy is often recommended: direct confrontation with the goal of eliminating or weakening grandiosity and encouraging a measure of grandiosity in an effort to strengthen a naturally deficient self-image. It’s a matter of balance on a per case basis.

Meds? Nothing is used to directly address NPD. However, meds may be used to treat accompanying issues such as depression, bipolarity, and anxiety.

It’s important for the NPD patient to receive close long-term monitoring because of the potential for suicide. This is especially important if depression and/or mania are involved.

Finally, though there is help available for NPD, it isn’t pursued nearly as much as is indicated. And that’s because many NPD patients have no idea a problem exists – with them. So why seek treatment?

No doubt about it, narcissistic personality disorder symptoms can be hell on earth for those involved with the patient. Believe it or not, for many patients as well. And that’s why it’s important to understand the illness. Obviously, there’s always more to learn, so you’ll need to do your due diligence.

My heart goes out to anyone enduring any emotional/mental health disorder. But NPD can sure make it difficult because the symptoms are so hard on others – destructive, actually.

So my heart also goes out to those who are, in fact, being destroyed by a NPD patient. Please be cautious, take care of yourself, and pursue helping relationships.

Hey, tip of the hat to Dr. Helen Okoye, MD, MBA, MS-Epi for the resource material, which appeared on theravive.com.

For much more reading and learning, peruse the hundreds upon hundreds of Chipur titles.

Next Post: Adult ADHD: Did you know it was possible?