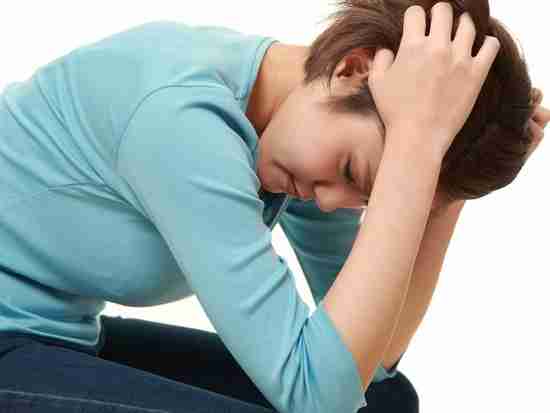 How do we do it, anyway? Why do we do it? Being ravaged by emotional and mental symptoms beyond hell, we somehow manage to take-on another day – until some of us just can’t anymore. And mind you, “help” that really helps is often scarce. This guest post says it all…

I currently take two antidepressants, a mood stabilizer, and an anti-anxiety medication. I feel like they help to an extent. However, I only feel like they allow me to survive and not to actually live.

“Mental Minds,” a blogger, dropped me a line not long ago. She told me she’d browsed Chipur and wanted to contribute “something useful and helpful.” I checked-out her blog and was intrigued by her, shall we say, right-between-the-eyes style. So I wrote her back and asked what she’d like to write about.

She said she’d like to share her reality. That no matter who she sees or what she takes, she still feels like “crap.” She went on to declare something needs to be changed, citing she was placed on the exact same medicine and dosages after a suicide attempt that left her in a coma for five days.

Finally, she wondered if alternative medicine is the answer, and perhaps there could be a compromise between western and eastern medicine, because the former hasn’t worked for her.

Okay, let’s get after her call to action…

“No Matter Who I See or What I Take, I Still Feel Like Crap.”

I have been officially diagnosed with bipolar disorder, depression, anxiety, panic disorder, anorexia binge-eating/purging type, and OCD. I am 33-years-old.

I often avoid situations because of uneasiness or fear of panic attacks. I have spent times of my life wanting to do nothing more than sleep all day. I have also had periods of time where I would not leave my bed for weeks except to use the restroom.

My suicide attempts produced physical injuries resulting in hospitalizations. The last caused me to be in a coma for five days. Injuries sustained from that attempt now affect my walking ability and cause me continuing nerve pain.

I don’t know exactly when everything started, but I remember being extremely OCD about my appearance starting around 10. I also began to incessantly worry about my health. I was always afraid I was going to miss out on an activity because I would be ill.

Around 12 I started fixating on my body and finding it hard to eat meals in front of anyone. I also began my first diet in which I ate absolutely nothing for three whole days. I finally broke down and ate something when I began to feel lightheaded.

No one in my family noticed.

In 7th grade I missed two weeks in a row of school because I was “sick.” I didn’t know what was wrong. I just knew that when I was in class, around people, or anywhere around food, I felt nauseous, my heart would start pounding, and I would have trouble breathing.

My mother took me for every medical test under the sun. Doctors found nothing. Finally, one doctor suggested to my mother I see a psychiatrist. My mom flipped-out even though I told her I thought it was a good idea.

I would wait until age 19, after my first suicide attempt, to feel like it was “ok” to seek help for mental health. Even then it wasn’t so much asked for as forced upon me.

I currently take two antidepressants, a mood stabilizer, and an anti-anxiety medication. I feel like they help to an extent. However, I only feel like they allow me to survive and not to actually live.

I do currently work, but find it difficult to be in social situations. I am unable to eat a meal in front of anyone without first taking Klonopin.

I have seen multiple therapists and psychiatrists, but have yet to find a treatment plan that actually works for me.

I want to feel normal and happy, without panic and anxiety over meaningless situations. I am hoping my journey through alternative medicine will give me the answers that I am looking for and help me to live the life I want.

Thank you, Mental Minds, for sharing such personal information. For some, that kind of openness doesn’t come easy, but it’s incredibly helpful to others.

So what do you think, Chipur reader? Could her story, or one like it, be coming from you? Maybe a family member or friend?

The way I see it, Mental Minds has issued a call to action. I mean, it’s tough enough having to deal with symptoms from hell, let alone not being able to secure meaningful and lasting relief. That’s not right, and it really ticks me off.

Again, I don’t know how we do it or, at times, why. All I know is millions of us muster supreme strength to take on another day, because that’s just what it takes.

And in my book, that’s the ultimate in tenacity and courage.

Be sure to check-out Mental Minds’ work at Why the “F” Am I So Mental?, her “attempt to find a solution to the problems, not just a band aid.”

And be sure to scroll through hundreds of Chipur mood and anxiety disorder titles. Ty…

Previous Post: Questions, Questions, So MANY QUESTIONS. But This One Can Be the Most TROUBLING…