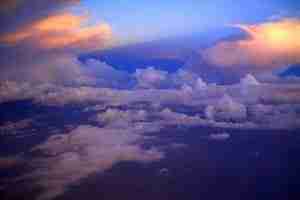 I‘ve lost all passion for life, Bill. And I truly believe I self-sabotage daily. I feel so frustrated and lost. What’s going on here? Even more important, what can I do about it?

Hendricks believes a ULP is most likely to occur when we’ve made a significant leap in a key-life area. Yes, just as we’ve accomplished something sweet, a cold and damp blanket of guilt enshrouds us.

I’d like to share something hopeful I came upon not long ago. It’s a book entitled The Big Leap: Conquer Your Hidden Fear and Take Life to the Next Level. In it, psychologist Gay Hendricks, PhD reviews a phenomenon he calls the Upper Limit Problem. We’ll refer to it as the ULP.

Since we’re dealing with powerful subject matter I’m going to present it in at least two-parts over the next few days. And I’ll tell you up-front, this installment is a longie (and well worth your time).

Dr. Hendricks believes each of us has an Upper Limit inner thermostat setting that controls how much of life’s goodness we can enjoy. And when we perceive we’re exceeding that setting we’ll come up with something to self-sabotage. The purpose is to force a reversion to an old and familiar “zone” – one in which we felt/feel secure.

Hendricks maintains the thermostat setting is typically programmed in childhood. And its foundation is misguided concerns for the welfare of others.

Example? Hendricks points-out that children are adept at reading body language. So let’s say a seven-year-old girl brags at the dinner table about receiving better grades on her report card than her brother.

After her shining moment the little girl notices the smile on mom’s face went bye-bye. Translation? Mom is displeased. So from that moment on the little girl is determined to protect mom’s feelings by setting upper limits on her school performance. And her resolve continues into adulthood.

Hendricks believes a ULP is most likely to occur when we’ve made a significant leap in a key-life area. Yes, just as we’ve accomplished something sweet, a cold and damp blanket of guilt enshrouds us. At that moment we can say adios to full measures of enjoyment and fulfillment.

How might we know the guilt has arrived? Watch for statements like “I can’t allow myself to feel good because fundamentally flawed people like me don’t deserve the pleasure.” Ouch!

Can you see how this is about a clash between the positives of the immediate and the negative thoughts and beliefs of the past?

Dr. Hendricks suggests these four hidden barriers support and sustain the ULP. All have one thing in common: being based upon fear and false self-beliefs. And it’s unconscious acceptance that knocks us to the ground.

Feeling Fundamentally Flawed
This is a huge barrier to experiencing the goodness of life. And tagging along is this fear: “If I commit to using my unique gifts, I may fail.” Playing life safe and small, then, becomes a given. I mean, if failure is going to happen we need to make sure it isn’t of epic proprotion.

Disloyalty and Abandonment
This barrier is about feeling as though we can’t realize our full accomplishment potential because we’d somehow end up alone. It’s also an issue of feeling disloyalty to our roots and leaving behind folk from our past.

Hendricks offers two questions to aid in the discovery of this barrier: “Did I break my family’s spoken or unspoken rules to get where I am?” “Even though I’m successful, did I fail to meet the expectations my parents had of me?” A “yes” to either indicates we’ll likely feel guilty as we realize achievement.

Believing That More Success Makes You a Bigger Burden
How ’bout this self-statement? “I can’t achieve my highest potential because I’d be an even bigger burden than I am now.” Wow! Hendricks shares that when he came into the world he was greeted with mixed-messages: “You’re a burden.” and “You’re a celebration.” Fact was, he was a burden to his mother, but a cause for celebration for his grandparents.

Kicking-off his life with a burden/celebration combo generated the same mixed-message in adulthood. Hendricks would experience a positive breakthrough, only to immediately feel as though he was a burden on the world. He acknowledges, however, the burden was for crimes he never commited. Therefore, he encourages us to remove the guilt of crimes for which we’ve been convicted by, say, parents or siblings.

The Crime of Outshining
Here’s the unconscious mantra of this barrier: “I must not achieve my full success, because if I do I’ll outshine someone or make her/him feel badly.” Hendricks observes this barrier is common among gifted and talented children.

He postis that these children typically receive a lot of attention from their parents. But it comes with a subliminal message: “Don’t shine too much, or you’ll make others feel or look badly.” So the volume is dialed-down on their gift so others aren’t threatened by it. Sadly, there is one other solution: continue to shine brightly, but turn down the volume on the enjoyment/fulfillment factor.

If you’ve lost your passion for life and/or are into self-sabotage, I’m thinking what you’ve just read hit home. So now that we’ve learned about the Upper Limit Problem, let’s move-on to “What can I do about it?”

Keep checking-in with Chipur for Part-Two. And in the interim, take a peek at these Chipur articles…

Next Post: No Passion for Life? Self-Sabotage? Could Be an Upper Limit Problem: Fixes