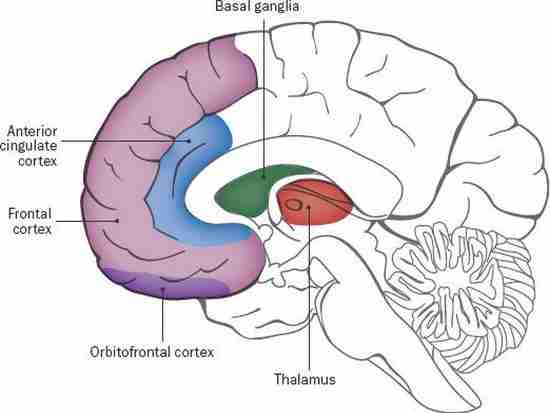 Perhaps you’ve said something like, “I can’t stop counting! This is just nuts. Stairs, ceiling tiles, adding up license plate numbers – it never ends. And it’s ruining my life. Why is this happening?”. Well, let’s take a look…

…it’s the cingulate gyrus that tells someone enduring OCD that something unpleasant will happen if obsession-generated compulsions aren’t acted upon. And the mission is providing relief for intense feelings of anxiety.

We began a three-part series on obsessive-compulsive disorder (OCD) two days ago with Obsessive-Compulsive Disorder: Driven by Intrusion. In the piece, I shared a ton of information regarding what it is and what it looks like. It’s a must-read, so be sure to check it out.

Today we’re going to chat about the biology of OCD. Lots of good stuff, so let’s get busy…

The caudate nucleus lies within the basal ganglia and the cingulate gyrus extends above it. The thalamus lies immediately south.

Here’s how it’s thought to play-out. The thalamus is processing incoming sensory messages. The caudate nucleus is doing some filtering before opening the gate, which will allow messages to hit the cerebral cortex for a bit of reasoning.

But this time around there’s an air of discomfort and misunderstanding. The basal ganglia and cingulate gyrus are indicating there’s trouble on the scene, but for the cortex it’s business as usual – even though it has a hunch something’s up.

At this point, the cingulate gyrus, which aids in shifting attention from one thought or behavior to another, freaks-out. As a result, it gets stuck on certain thoughts (obsessions) or behaviors (compulsions).

Yes, it’s the cingulate gyrus that tells someone enduring OCD that something unpleasant will happen if obsession-generated compulsions aren’t acted upon. And the mission is providing relief for intense feelings of anxiety. 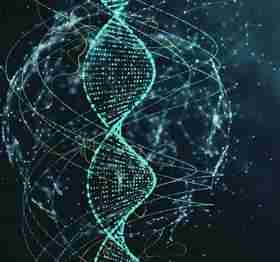 It’s been discovered that a possible genetic mutation may be a factor in OCD. The gene involved is hSERT, the serotonin transporter gene. By the way, it’s believed that decreased levels of serotonin due to under-stimulated neural serotonin receptors plays a major role in OCD.

The Met158 variation of the COMT gene is also receiving research attention. The COMT gene produces an enzyme that breaks down dopamine, weakening its signal. People with this gene can’t seem to tear themselves away from something arousing, even if it’s potentially harmful.

Family members of individuals diagnosed with OCD are at greater risk for developing the disorder, as well as tic disorders, than the norm. It seems as though childhood-onset OCD runs in families more than adult-onset. It’s also more likely to be associated with tic disorders.

Curiously, it isn’t a cinch that identical twins will share OCD. So that means environmental factors play a role.

Finally, it’s the disorder that runs in families, not specific obsessions and compulsions. For example, one family member may engage in washing/cleaning, the other counting.

Bottom line: Genetic factors account for 45-65% of OCD symptoms in children diagnosed with the disorder.

I want to briefly mention something known as Pediatric Autoimmune Neuropsychiatric Disorders Associated with Streptococcal Infections (PANDAS). Keep in mind, this isn’t solid science as yet – much more research to be done.

Let’s say a child has been diagnosed with OCD or a tic disorder. Her/his symptoms suddenly ramp-up after a bout with strep throat. Also presenting may be moodiness, irritability, disturbed sleep, hyperactivity, inattention, and joint pain.

The child’s situation would be placed within the PANDAS spectrum.

Scientists don’t fully understand the phenomenon, but it may have something to do with the dynamics of an autoimmune disorder. And this appears to be a logical place to start because the onset of the autoimmune disorder rheumatic fever follows an episode of strep throat.

So how does this errant attack business bring on OCD and/or tics? Well, it seems the basal ganglia are victimized. And, as we’ve learned, they’re deeply involved in the presentation of OCD.

Well, that’s going to do it for our biological chat. I don’t know about you, but I find information like this riveting. And I say it time and again, I just don’t see how someone can effectively manage a disorder if they know nothing about its cause.

The series finale, Obsessive-Compulsive Disorder: “What Works?”, is all about treatment. So, tap that link and take it in.

Plenty more where this baby came from. Check-out the Chipur titles.