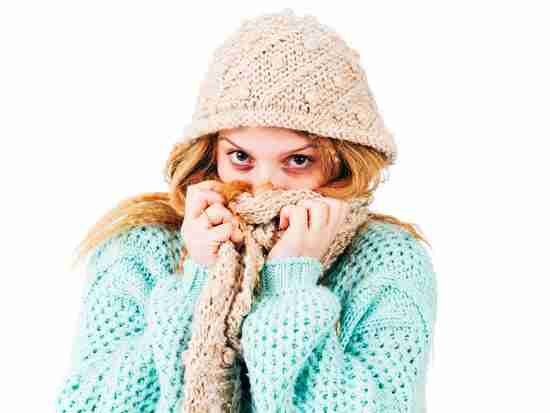 stunning number of OCD sufferers choose to stay undercover. Oh, I suspect the perceived “freak” factor is at play, along with the guilt and shame that comes with supposed weakness. Wrong! And here’s a brand new study that says none of us are at fault. So quit hiding, okay? And get some help…

‘This is not some deep dark problem of behavior – OCD is a medical problem, and not anyone’s fault…’  Dr. Kate Fitzgerald

Obsessive-compulsive disorder (OCD) is thought to hit 3% of the world’s population. And as some 25% of sufferers don’t come forward, a whole lot of folk are left needlessly tortured. By the way, I have OCD.

Hmmm, wonder how much those numbers would change if sufferers and clinicians were well-informed and accepted OCD as the medical condition it is – just like epilepsy, diabetes, and the vast majority of the emotional/mental health disorders.

“Stuck in a Loop of ‘Wrongness'”

Bumped into a great article on the University of Michigan Health Lab site. “Stuck in a Loop of ‘Wrongness’: Brain Study Shows Roots of OCD,” written by Kara Gavin, details the fascinating and hopeful results of very recent OCD research from the gang at U-M. The work was just published in the journal, Biological Psychiatry.

What you’re about to read is based upon Ms. Gavin’s piece.

Seems the study team pinpointed what they believe to be the specific brain areas, and processes, generating the repetitive behaviors known to anyone enduring OCD. And for the sake of credibility, in their meta-analysis, the team reviewed brain scans from hundreds of OCD sufferers worldwide (10 studies worth), in addition to control group scans.

So, yeah, their observation? It looks like the brains of OCD sufferers get stuck in a loop of “wrongness.” And that inhibits stopping behaviors – even when the sufferer knows it needs to happen.

Getting into the particulars of the study, lead author, Dr. Luke Norman, states, “These results show that, in OCD, the brain responds too much to errors, and too little to stop signals, abnormalities that researchers had suspected to play a crucial role in the individual studies.”

Don’t know about you, but this “loop of ‘wrongness'” concept and terminology really works for me.

The Broken Brake, The Turning Wheel

Norman’s colleague, Dr. Kate Fitzgerald, emphasizes the importance of the study as it applies to setting the stage for all sorts of treatment possibilities. Why? Because the study shows that error processing and inhibitory control are compromised priority processes in OCD sufferers.

Fitzgerald says, “We know that patients often have insight into their behaviors, and can detect that they’re doing something that doesn’t need to be done…But these results show that the error signal probably isn’t reaching the brain network that needs to be engaged in order for them to stop it.”

And how ’bout this from Fitzgerald? “It’s like their foot is on the brake telling them to stop, but the brake isn’t attached to the part of the wheel that can actually stop them.”

Bam! There it is.

Okay, people, let’s get up in our heads. The research team set their eyes and minds upon the brain’s cingulo-opercular network (CON). You can see it in the functional MRI (fMRI) images to the left.

Deep within the brain, the CON typically serves as a monitor for errors or a specific need to stop an action. And it rallies the decision-making areas at the front of the brain when something seems “off.”

Now, what makes this study unique is the brain scan data used was collected when OCD patients were asked to perform certain tasks, including responding to errors and stopping themselves from taking action, while lying in a fMRI scanner. That was a first.

The pattern that emerged from the combined data was that compared with non-OCD sufferers, people with OCD had far more activity in the brain areas involved in recognizing an error was being made, but less activity in the areas that could help them stop. There’s that malfunctioning brake.

So, yes, the study points to a not-so-hot linkage between the brain system that links the ability to recognize errors and the system that governs the ability to do something about them. And that often leads to overreaction to errors, which overwhelms an under-powered ability to hit the brakes.

Bringing It All to Life

Okay, so the study team has done some hard and sophisticated work, and come up with great observations and conclusions. However, it’s all pretty much useless if it can’t be brought to life.

It’s important to note that research such as this, along with patient experience, has transitioned OCD from an anxiety disorder in the fourth edition of the Diagnostic and Statistical Manual of Mental Disorders (DSM) to its own category in the DSM-5.

In fact, OCD is now a “separate mental illness,” if you will.

And that happened because OCD is finally being recognized as a true medical condition, as opposed to a variation of anxiety. For instance, that sort of diffuse anxiety OCD sufferers experience? It’s now thought to be a secondary effect, brought on by sufferers recognizing they’re unable to control their repetitive behaviors. Indeed, it isn’t the disorder itself.

That’s a huge piece of insight and progress, if you ask me.

In terms of treatment, cognitive behavioral therapy (CBT) can now be made more effective, helping sufferers identify, confront, and resist their compulsions – increasing communication between the “brake” and the  “wheels,” until the wheels finally stop turning.

And then there’s repetitive transcranial magnetic stimulation (rTMS), which was recently approved by the FDA for the treatment of OCD. Go figure, it targets some of the circuits the U-M team have been working to identify.

For the toughest OCD cases, brain surgery techniques have emerged. Amazingly, neurosurgeons either disconnect specific brain areas from one another with tiny bursts of energy or cuts, or insert a permanent probe that can stimulate activity in a particular area. The study results will aid in decision-making when it comes to when and where to intervene.

Finally, there’s a call for studies that use genetic tests and repeated fMRI brain imaging of the same OCD patients over time (longitudinal studies). The potential for discovering stunning details is sky-high.

Again, none of this happens without daring and powerful research – like U-Ms.

Dr. Norman summarizes, “We know that OCD is a brain-based disorder, and we are gaining a better understanding of the potential brain mechanisms that underlie symptoms, and that cause patients to struggle to control their compulsive behaviors.”

Dr. Fitzgerald follows with, “This is not some deep dark problem of behavior – OCD is a medical problem, and not anyone’s fault. With brain imaging we can study it just like heart specialists study EKGs of their patients – and we can use that information to improve care and the lives of people with OCD.”

If we take those statements to heart, I don’t see how any OCD sufferer can buy-in to the “freak” factor, weakness, guilt, shame, or whatever else. Remember, OCD is a medical problem.

That being the case, quit hiding (and get help)…

Hundreds upon hundreds of Chipur mood and anxiety disorder-related titles