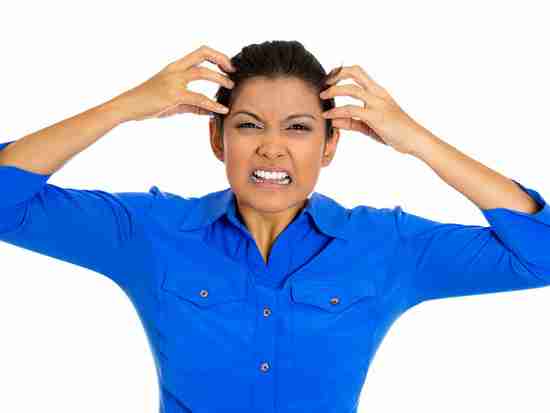 You’ve had your mojo working for quite a while now. You’ve been dippin’ and dodgin’, movin’ and groovin’, holding those symptoms at bay. Only problem is, you’ve been using “coping props” to pull it off. And props have a not so funny way of losing their magic. So, then, what are you supposed to do now?

And the thread that runs through them all is a blend of excess, diversion, escape, and self-deception. Bam!

I don’t know of anyone who wouldn’t do just about anything to eliminate, or at least minimize, the symptoms of their mood or anxiety disorder. I mean to the extreme, I suppose you could include self-injury – even suicidal behavior. But even to that very extreme, who could pass judgment on anyone trying to free themselves from pain?

Any of us who’ve had a long-term relationship with, say, major depressive disorder, bipolarity, panic, or OCD can produce a lengthy list of “accepted” coping strategies and techniques. Lord, how much therapy have we had, how much research have we conducted?

There are jillions of them, and they all hold the potential to be effective. Just depends upon the emotional or mental challenge and the individual’s wiring and personal taste.

What Are Coping Props?

And then there are what I call coping props. Not as in giving someone their “props.” No, as in according to Merriam-Webster, “something used in creating or enhancing a desired effect.” And for someone wrestling with a mood or anxiety disorder, that “desired effect” is pain relief – along with convincing themselves and/or others that everything’s on the up and up. Yeah, like their mojo is working (when, in fact, it isn’t).

So what are some coping props? Overworking, constant motion, munching, overeating, crazy shopping, binge TV/movie watching, excesses in working-out, constantly interacting with our phone, frequent pornography use, sleeping, substance use – and so much more.

And the thread that runs through them all is a blend of excess, diversion, escape, and self-deception. Bam!

So What’s the Big Deal, Bill?

Hey, I’ve already acknowledged that folk would go to most any extreme to find relief for their mood or anxiety circumstances. And who could blame them? Heck, perhaps like you, I have first-hand knowledge. So the use of coping props? I get it.

But here’s the “big deal,” as I see it. If we agree that the common thread that snakes its way through coping props is a composite of excess, diversion, escape, and self-deception, it’s automatically bad news.

Here, let’s use overworking as an example. So good old-fashioned hard work is a good thing. But let’s say someone who’s struggling with generalized anxiety and episodic bouts of depression has figured-out a way to handle the commute and function well at work. However, the only way they can do it is if they get on a massive overworking locomotive roll when they drag themselves out of bed and not even attempt to stop the train until they get home (and they likely still can’t put the brakes on).

I’m thinking you may know just how common this is. You may be doing it right now. And the thing is, it can go on for years. And the whole time, even though they know their anxiety and depression haven’t gotten significantly better, they derive satisfaction, gratification, and bolstered self-esteem from knowing they can still manage full-time work, not succumbing to their disease. Understandably, it’s a huge ego stroke – perhaps their only.

But the fact of the matter is, without the locomotive-powered gig, my money says they’d come close to falling flat on their faces. And that’s because their coping prop convinced them they didn’t need to do, or didn’t have time for, healthy coping skills that could have made them feel so much better for the long haul. And let’s not forget continued self-deception, because any concept of self and life’s meaning didn’t have to be a priority.

Last, but certainly not least, you know as well as I that coping props can’t last. I’m sorry, people, but something – them or us – will eventually give. And, well, damn.

Listen, I want your mojo to be working. And I want you to be dippin’ and dodgin’, movin’ and groovin’, as you hold your symptoms at bay. Shoot, I want it for me.

But it’s gotta’ be done the honest way. And that means the journey that encourages self-growth and unconditional and sustained relief. Even though they can make things feel so right, coping props just aren’t the ticket. And, again, their magic can very easily just poof into thin air.

Don’t put yourself in a position where you find yourself asking in desperation, “Now what am I going to do?!”

It doesn’t have to come to that.

Hey, want to mention an article written by Therese Borchard that’s a great fit here. Be sure to read “The Case for Downtime.” And while you’re there, peruse her titles. She’s one of us and a great writer.

Speaking of perusing titles, any one of hundreds of Chipur articles may just give you that special sort of “bang in your ying yang.” Give ’em a go!

Next Post: Deep Brain Stimulation for Depression: Would You Do It?