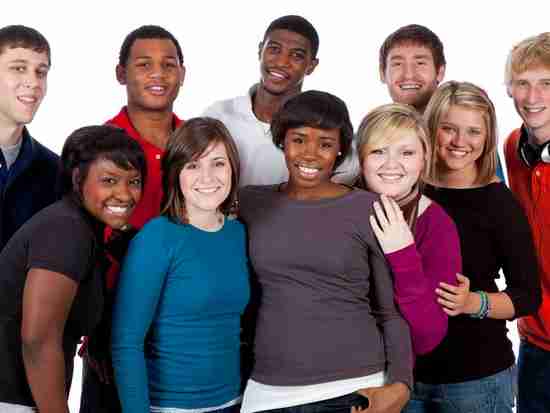 Being a teen in America is a dicey proposition. Sure, those years have never been the easiest, but school mass shootings have taken the accepted teenage plight well beyond tolerance. So where have we gone wrong? Let’s talk about it…

Yes, there was a life-snuffing high school mass shooting at the hands of a teenager last week. But there was one three months before. And four more over the past 20 years.

It doesn’t take a social psychologist to tell us something is horribly wrong here – its causes and cures.

In my mind, it comes down to good old-fashioned common sense. But intelligentsia assigns it little credibility.

Now, unless you’ve been living under a rock, you’ve heard and read all sorts of calls to action – solutions, if you will. And the vast majority of them are gun-focused, including second amendment rights, armed guards in schools, metal detectors, etc.

Sadly, most of the lip-service is political posturing.

I’m telling you up-front, I’m not getting into a gun discussion here because it’ll serve no immediate purpose. Besides, “Where have we gone wrong?” runs so much deeper.

I believe American society is in so many ways “out-of-control.” How can it be denied? And, of course, this reality horribly impacts one of our most vulnerable populations – teenagers.

Am I prepared to put my money where my mouth is? Sure. But realize, I can’t include everything on my mind in just one article. So how ’bout these three biggies…

Ever wonder if social media is causing problems for our teens? Late last year, Sean Parker, Facebook’s first president, had this to say…

I don’t know if I really understood the consequences of what I was saying, because of the unintended consequences of a network when it grows to a billion or 2 billion people and it literally changes your relationship with society, with each other.

God only knows what it’s doing to our children’s brains.

I think we have created tools that are ripping apart the social fabric of how society works.

The short-term, dopamine-driven feedback loops we’ve created are destroying how society works. No civil discourse, no cooperation; misinformation, mistruth. And it’s not an American problem – this is not about Russian ads. This is a global problem.

I feel tremendous guilt. I think we all knew in the back of our minds – even though we feigned this whole line of, like, there probably aren’t any bad unintended consequences. I think in the back, deep, deep recesses of, we kind of knew something bad could happen. But I think the way we defined it was not like this.

So we are in a really bad state of affairs right now, in my opinion. It is eroding the core foundation of how people behave by and between each other. And I don’t have a good solution. My solution is I just don’t use these tools anymore. I haven’t for years.

Palihapitiya went on to say he doesn’t use social media because he “innately didn’t want to get programmed.” Regarding his children? “They’re not allowed to use this shit.”

Obviously, I’ve picked-on Facebook. But you know as well as I there’s more where it came from.

Are you kidding me? The violent and sexual content easily accessible in films, TV shows, and video games are appalling and behaviorally triggering. And, believe me, I’m no prude.

No doubt, you can find all sorts of studies that will tell you such things have no negative influence on our teens, but really? Again, it’s good old-fashioned common sense versus intelligentsia. And, unfortunately, the latter most often carries the day.

How could fast and casual exposure to violent and sexual content in so many films, TV shows, and video games – immediately and over time – not have a tragically negative impact on our teens?

Zeitgeist: the general intellectual, moral, and cultural climate of an era.

I don’t know about you, but I think the current American zeitgeist is downright scary. And the two biggest contributors are an “anything goes” attitude and cold-hearted meanness.

Just consider the caustic rhetoric heaved-up by folk from any point along the political spectrum. And take a look at the comments on most any article, post, or forum thread. So much anger, cruelty, and disrespect.

The zeitgeist – the “spirit of the day.” In America, triggering fuel for our teens.

You know, I’m sad for American teenagers. And that includes the victims and the perpetrators wrapped-up in this school mass shooting horror.

No doubt, being a teenager in America has always been difficult. But am I wrong in believing never like this? And let’s not forget, I’ve been around for almost 64 years.

Where have we gone wrong, people? And what are we going to do about it?

As long as we’re on the subject of teens, these Chipur articles may hit home…

Our Teens Are Hurting and Dying: They Deserve a Lot More EMPATHY

Teen Depression in America: The Very Hard Facts (and Hope)

And there are hundreds more Chipur mood and anxiety disorder-related titles to peruse. Please, be my guest.

Next Post: Our Reward System & Dopamine: Incredible, Life-Sustaining (a Trap)