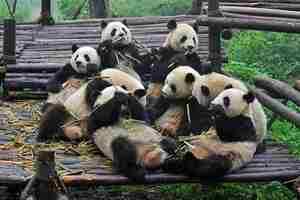 Obsessive compulsive disorder in children and child anxiety. Could there be anything more cruel and unfair? And now to a fascinating connection: PANDAS (not those cuddly bears).

Was visiting with a friend the other day, and we got to talking about her seven-year-old son. She shared they’d visited “Grant’s” psychotherapist several days before (Grant’s being treated for manifestations of cerebral palsy and a possible autistic spectrum disorder). When asked what was new, mom replied Grant experienced a sudden onset of obsessive compulsive disorder symptoms, along with tics and intense anxiety.

The very wise therapist asked if Grant had a bout with strep throat in the recent past. Mom’s curiosity and alarm piqued, as she realized he had – only a month prior. Upon the therapist’s suggestion, mom had Grant in front of his pediatrician that afternoon. And the doc suggested PANDAS may be on the scene.

So what’s up with PANDAS? Well, it’s an acronym for Pediatric Autoimmune Neuropsychiatric Disorders Associated with Streptococcal Infections. And it’s about children presenting with a rapid onset of obsessive compulsive disorder (OCD) and/or a tic disorder – all generated by a streptococcal infection (most commonly, strep throat – aka streptococcal pharyngitis).

Children with PANDAS experience dramatic ups and downs when it comes to their OCD and/or tic severity. An increase in symptom severity usually lasts for at least several weeks, but could go on for months. The symptoms then seem to gradually fade away, a child often going a few weeks or several months without issues. But should another strep throat infection appear, the troubling symptoms return just as suddenly and dramatically as they did from the get-go. 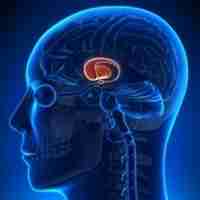 What’s going on here? It looks like an initial autoimmune reaction to a specific type of streptococcal infection, which interferes with functioning in the brain’s basal ganglia (“thar she blows” to the left). No one knows for sure; however, a hot theory floating about suggests the involvement of a mechanism similar to that at play with the autoimmune disorder rheumatic fever – which is also triggered by a strep infection.

As you likely know, in the presence of a bacterial infection our bodies produce antibodies to attack the intruder. With rheumatic fever, the antibodies mistakenly recognize and attack the good guys – the heart valves, joints, and/or specific parts of the brain. This occurs because of cell wall protein similarities. And so it may be with PANDAS, only the anatomy in the wrong place at the wrong time are the basal ganglia – believed to be involved with voluntary motor control, procedural learning relating to habits, eye movements, and cognitive and emotional functioning.

Unfortunately, there are no lab tests to diagnose PANDAS. So clinicians turn to the following diagnostic criteria…

For the record, if strep exists in conjunction with two or three OCD/tic episodes, PANDAS is a strong possibility.

PANDAS treatment is the same as the treatment for any child enduring OCD or a tic disorder. So psychotherapy is a must, and meds may be indicated (be super-careful with that decision). The sooner the intervention commences, the better.

What about penicillin? No doubt, penicillin and other antibiotics destroy bacteria. However, as it goes with PANDAS, it seems antibodies produced by the body in response to the strep infection are the cause of the problem, not the bacteria. So, penicillin wouldn’t appear to be a viable treatment alternative. Research continues, however.

One other angle here. A controlled trial was conducted addressing the efficacy of plasma exchange (aka plasmapheresis) and immunoglobulin (IVIG) in the treatment of PANDAS. The results indicated both were effective for the treatment of severe strep-triggered OCD and tics. However, side effects and the risk of infection from such invasive procedures call for caution. Hence, these treatments are typically reserved for severely ill children. By the way, the National Institute of Mental Health is currently enrolling participants in an IVIG clinical trial for PANDAS.

Obsessive compulsive disorder in children and child anxiety –  I’ll say it again, could there be anything more cruel and unfair? But isn’t it gratifying that scientists are connecting cause, relief, and healing dots? And by the way, the dot connecting may well benefit adolescents and adults. Learn about immune mediated OCD.

PANDAS – so there you have it. And now you’re equipped to respond if it somehow comes knocking on your door.

Oh, almost forgot! For all sorts of information on PANDAS, check-out the P.A.N.D.A.S. Network.

55o+ Chipur articles on topics mood and anxiety disorders are ready for your eyeballs. I’m inviting you to check ’em out.

Next Post: Psychotherapy In a Tailspin | Who Slashed the Tank? And Should You Be Concerned?

Previous Post: Depressed? Which Antidepressant Is Right For You? Enter Genetics!