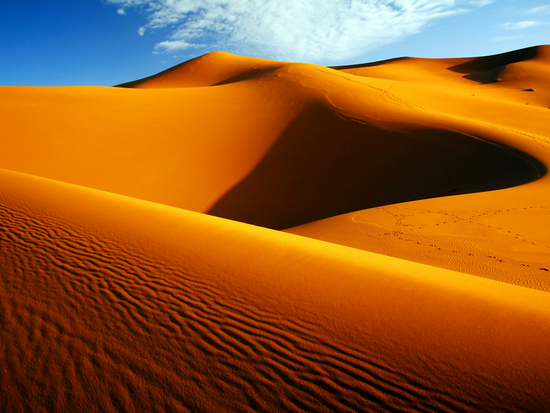 T he mystery of panic attacks and agoraphobia, other than their terror. Gathering knowledge is crucial to living with them. For instance, did you know problems with spatial orientation are a known trigger? Come on, let’s take a look…

It was all too much…I was overwhelmed. My spatial orientation was gone, replaced by panic and terror.

Panic attacks and agoraphobia left me just about 100% housebound all those years ago. Yes, I know them well.

Thankfully, those days are in the rearview mirror. And I‘m also thankful that sharing what I’ve experienced and learned along the way may help someone having a rough go.

Maybe that someone is you.

Okay, before we roll, a quick clarification. Though a good portion of the research on what we’re going to review targets agoraphobia, I brought panic attacks into the association. And that’s because in most cases, when one strikes, the other joins in on the fun. Two peas in a pod, right?

So let’s get busy. Panic attacks, agoraphobia, and spatial orientation…

What is spatial orientation?

Confident you’re well-versed on panic attacks and agoraphobia, we’re going to get after the third member of the association.

Spatial orientation is our ability to maintain a sense of body orientation and posture – while moving or static – within our immediate surrounding environment.

Sure seems like it “just happens,” doesn’t it? Yeah, but…

To maintain adequate spatial orientation, our brain blends proprioceptive (generated by mechanosensory neurons in our muscles, tendons, and joints) and vestibular (located in the inner ear, the vestibular system coordinates movement with balance) cues with visual messages. Adjustments are made as changes in environment or positioning occur.

The design, engineering, and intended functioning of our spatial orientation apparatus are fantastic. 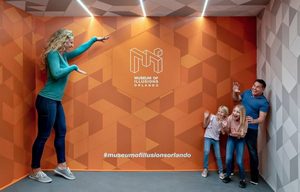 Imagine what a visit to this room would do to one’s spatial orientation – panic and agoraphobia.

Researchers have acknowledged the relationship between panic attacks, agoraphobia, and problems with spatial orientation.

If you’re living with panic and agoraphobia, you’ll understand why that makes sense and fills in a lot of blanks.

Fact is, many who endure panic and agoraphobia have subpar vestibular functioning. As a result, our brains are forced to rely primarily upon visual cues for spatial orientation.

But what if visual cues are tough to come by? Well, that presents problems.

Take a look at our featured image – the stark beauty of Morocco’s Erg Chebbi. But it wouldn’t be so beautiful if you were standing there alone, having to depend upon visual cues for spatial orientation. Think that would set off some alarms?

Trouble may also arrive when visual input is overwhelming, like one may experience on that erg or, say, driving on a busy interstate.

But there’s more. Those with spatial orientation challenges often have difficulty with irregular surfaces and landscapes – for instance, the erg or a room of illusion like the one in the image above.

Hmm, standing in the middle of a desolate and seemingly endless dune sea, driving on a busy interstate, visiting a room of illusion. Aren’t they places and situations that would trigger most anyone dealing with panic attacks and agoraphobia?

You bet they are. And my money says compromised sensory reception and processing – and the generated spatial orientation challenges – have a whole lot to do with it.

I lived in the suburbs of Philadelphia for the first thirteen years of my life. My dad’s family had a house in Ocean City, New Jersey, which my immediate family would visit on occasion.

To get to Ocean City you have to traverse the massive Great Egg Harbor Bay.

On one particular trip, my dad rented a small boat and took my brother and me fishing out on the bay. It was a rainy, windy, and cold day.

We left the dock and my eyes and mind immediately absorbed the view.

I still remember the openness of it all – even seeing what I think was a power plant in the distance. It made for a disturbing landscape contrast. Of course, the poor weather conditions made me feel all the more distressed.

It was all too much – the openness, the unsteady foundation caused by the boat and waves, as well as the irregular landscape – everything we’ve talked about. I was overwhelmed. My spatial orientation was gone, replaced by panic and terror.

Interesting: I had major bouts with agoraphobia in my late teens through early 30s. And to this very day I have the same sensory reception and processing eccentricities. And, yes, spatial orientation challenges remain a part of my life.

All about solving mysteries

So there you have it, perhaps something you didn’t know. Even better, something that may lend a hand right now.

Again, gathering knowledge is crucial to living with panic attacks and agoraphobia. It may not always bring immediate symptom relief; however, I’ve always found connecting the dots comforting.

It’s all about solving mysteries, isn’t it?

Given the vestibular system is a major player here, you may find Vestibular disorders, anxiety, and depression: What you need to know a worthy read.

Next Post: The Vagus Nerve: What you need to know