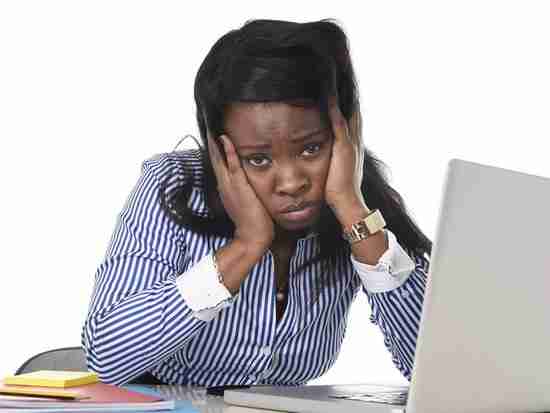 It’s been a couple of years now and she’s struggling. Though her mother’s depression symptoms are more severe, at least they strike in episodes. Hers? They’re never ending. And that takes its toll. No wonder she’s ready for help.

We’ve learned that PDD is “less severe” than MDD. Don’t let that fool you…PDD – its symptoms and chronicity – can be serious and disabling.

Looks as though our friend has had enough. Seems to me she may be dealing with persistent depressive disorder (PDD). You may know it by its previous DSM name, dysthymic disorder – or simply dysthymia (from the Greek for “bad state of mind” or “ill humor”).

We have tons to cover, so let’s dig right in and see what we can see…

What is persistent depressive disorder?

As its name implies, persistent depressive disorder is a chronic depression. Those enduring it often describe their mood as “consistently sad” or “down in the dumps.”

To meet diagnostic criteria for PDD, one’s depression has to have been on the scene for at least two-years. PDD’s symptoms are considered to be less severe than those of major depressive disorder (MDD); however, major depressive episodes may develop, leading to a diagnosis of MDD – in addition to PDD. This is known as double depression and occurs in some 50% of PDD cases.

How ’bout some stats…

Okay, let’s check-in with the Diagnostic and Statistical Manual of Mental Disorders, 5th edition (DSM-5). To be diagnosed with PDD, an individual has to be in a depressed mood – most of the day for the majority of days – for at least two years.

Yes, children and adolescents can be diagnosed with PDD. However, the duration of the depression is reduced to one-year and irritability can be substituted for depression.

According to the DSM-5, two or more of the following have to be present during the depression…

A few diagnostic notes: symptoms can’t have been absent for more than two months, no history of manic or hypomanic episodes or cyclothymic disorder, the presence of a psychotic disorder, substance abuse disorder, or another medical disorder can’t account for symptoms.

We’ve learned that PDD is “less severe” than MDD. Don’t let that fool you. Sure, symptoms such as inability to feel pleasure, lethargy, agitation, and thoughts of death or suicide don’t typically present in PDD. However, PDD – its symptoms and chronicity – can be serious and disabling. 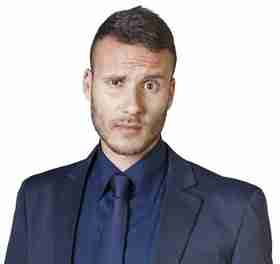 “Tossing buckets of stuff at us, Bill. But, hey, we’re trackin’.”

No one really knows the exact cause of PDD. Gee, what a surprise.

However, there are known triggers. For instance, stress can impair our mood-regulating ability, allowing mild sadness to deepen and persist. Social isolation and unavailability of social support can also foster PDD. And then there’s trauma. You name it: the loss of a loved one, a difficult relationship, severe financial stress, a serious medical situation – all of them can trigger PDD.

Genetics is definitely a factor. An individual with a first degree relative with PDD is at a higher risk of acquiring it. In fact, the acquisition rate may be as high as 50%.

Finally, we have to consider the brain and its activity. Fact is, the brains of individuals who suffer from depressive disorders look different in imaging than the brains of those who don’t. And the parts of the brain responsible for mood regulation, thinking, sleep, and appetite appear to function abnormally. Out of balance neurotransmitters likely play a role.

How is persistent depressive disorder treated?

As with any emotional/mental disorder, the first step in PDD treatment is acceptance and being ready for help. However, there are barriers, such as only seeing a family doc who may miss the diagnosis. And it’s common for PDD sufferers to believe their symptoms are just part of life. In seniors, symptoms of PDD can be disguised by dementia, apathy, or irritability.

Once a decision is made to move forward, psychotherapy is a great place to start. Keep in mind, therapy actually changes the way the brain functions through neurogenesis – the miraculous generation of new neurons, as well as connections between them.

Several therapies are known to be helpful with PDD…

Whether or not one participates in therapy, healthy lifestyle habits can really make a difference. The same applies to activities and practices that take the edge off of stress and anxiety.

By the way, if PDD is impacting a relationship or family, couples or family therapy can be of great assistance.

For most enduring PDD, a long-term combination of psychotherapy and medication bring the best outcomes. We can’t forget that PDD recovery can take some time. And symptoms may return after a period of remission.

I’ve heard persistent depressive disorder referred to as “mild” depression. Yeah, okay. Try telling that to someone who struggles with it. Believe me, years of supposed “mild” depression can definitely take its toll.

If you’ve been depressed for at least two years – all the time, not in episodes – persistent depressive disorder could be the culprit. Maybe you knew that and you’re being treated. But if you didn’t, consider yourself informed – and get some help.

There may not be a cure, but relief feels mighty sweet.

Thanks to theravive and Psychology Today for the info assistance.

So much more knowledge and help are at your fingertips. Ya’ gotta’ hit those Chipur titles.

Previous Post: The holiday season is ova’. Now what?