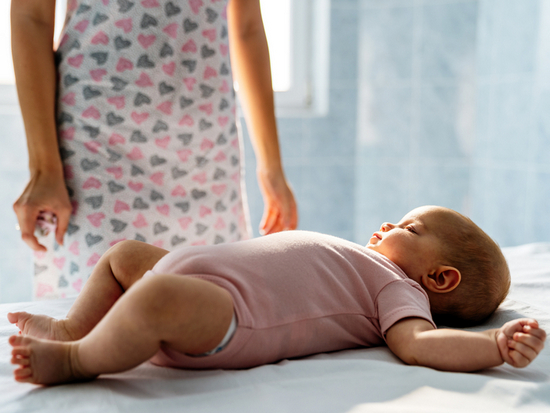 You were in paradise when you first held your daughter. She was perfect and all was right with the world. But two weeks later sunshine has turned to darkness and all is very wrong. You’re lost and scared.

…your doc may want you to roll with brexanolone (Zulresso). It’s the only med that’s FDA-approved for the treatment of PPD.

Well, it was time to write a long overdue piece about postpartum depression. So I got comfy and began my research.

In minutes, I struck gold.

Simply and aptly named, the website Postpartum Depression, founded and produced by Jenna and Chris Carberg, is loaded with information and support resources. It’s obvious they care and really want to help.

See, it wasn’t long ago that Jenna was diagnosed with a severe case of postpartum depression – and recovered.

Their site will be our primary info source. And you can bet I’ll pull a few things out of my back pocket as well.

So much info, so little space. I’ll hit the highlights and link you over to Jenna and Chris’ infofest at the end.

What is postpartum depression?

Postpartum depression (PPD) is a serious mood disorder that affects women after childbirth, typically within the first year. At a minimum, PPD can generate intense feelings of sadness, anxiety, depression, and exhaustion.

Of course, any, or a combination, of them can interfere with caring for the baby.

Keep in mind, if troubling symptoms last 24 to 72 hours it’s likely a passing case of the “baby blues.” However, if symptoms hit the two week mark, it’s time to pursue professional help.

It’s believed that PPD affects some 15% of women after childbirth. By the way, it can present several months before. That’s why the term perinatal depression is often used interchangeably with PPD.

Interesting: PPD doesn’t have its own code in the Diagnostic and Statistical Manual of Mental Disorders, 5th Edition (DSM-5). Rather, it’s considered a specifier for major depressive disorder.

After all, PPD really is a major depressive episode.

Like any other emotional/mental disorder, PPD has types and variations.

While PPD primarily affects the mother, fathers may exhibit paternal PPD. It may occur more gradually in men within the first 12 months of a child’s life than in women who experience it sooner.

Adoptive parents are candidates for PPD as well.

What are the symptoms of postpartum depression?

The symptoms, and their severity, of PPD vary on a per case basis.

Here are those that women most often report…

But there’s more to identifying PPD than having a handle on its symptoms. Whether it’s for you or someone close, it’s important to know what it looks like – its signs. 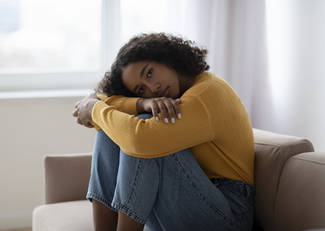 “I have no clue what’s causing this. I just know my daughter needs me – and I need her.”

No matter what emotional/mental disorder we chat about, things get dicey when it comes to cause. And that’s because we’re dealing primarily with the mysteries of the brain. So it’s at this point that I usually introduce the diathesis-stress model and move on.

That said, it’s important to mention that changes in hormone levels post-birth often contribute to the development of PPD.

Specifically, after the baby is born, a woman’s estrogen and progesterone levels drop dramatically, which can trigger the onset of depression and other PPD symptoms.

I often find it more productive to look at risk factors, as opposed to causes.

Can you see how they’d amp up the risk factor?

How is postpartum depression treated?

Makes sense that treatment for PPD would vary from case to case – largely driven by severity. Let’s take a look…

If an individual has been diagnosed with PPD and chooses to pursue treatment, the first order of business is typically therapy. Cognitive behavioral therapy (CBT) and interpersonal therapy (IPT) are good matches for PPD. Group work can also be effective.

As long as we’re in the talking neck of the woods, family and social support are huge. And one can’t say enough about local and worldwide support groups, such as Postpartum Support International.

You and your doc may decide to go the meds route. If you do, a meds/therapy combo works best. Do yourself a favor and don’t equate a prescription to a no-go on therapy.

Okay, you’ve decided to give meds a go. My money says you’ll be prescribed one of the SSRI – selective serotonin reuptake inhibitor – antidepressants. I’m thinking Zoloft or its generic sertraline, Celexa or its generic citalopram, Prozac or its generic fluoxetine.

Perhaps your doc will want to go with a serotonin-norepinephrine reuptake inhibitor antidepressant, such as venlafaxine (Effexor, Effexor XR).

Finally, your doc may want you to roll with brexanolone (Zulresso). It’s the only med that’s FDA-approved for the treatment of PPD. That was in March of 2019, by the way.

Brexanolone is a neurosteroid derived from the hormone progesterone. It’s administered via IV infusion, typically around the clock for 60 hours (you read that correctly).

Because of the administration protocol and the potential for excessive sedation and loss of consciousness during the infusion, brexanolone is only available through a restricted program.

Work hard to make it happen

That’s gonna’ do it. I’m hoping you found the information helpful. How ‘bout we refer to it as a gateway to learning more?

If you’re struggling with postpartum depression, don’t believe for a second that paradise is lost forever. Darkness can turn to light and what’s wrong can become right.

But you have to work hard to make it happen.

If you find yourself in particularly deep weeds, contact what’s now known as the 988 Suicide & Crisis Lifeline by dialing – you guessed it – 988. You can hit the website at 988lifeline.org. The original Lifeline number 800-273-TALK (8255) will still get you there.

Be sure to visit Jenna and Chris at Postpartum Depression. You’ll find a treasure trove of information and support.

And don’t forget about the hundreds of Chipur mood and anxiety disorder info and inspiration articles.