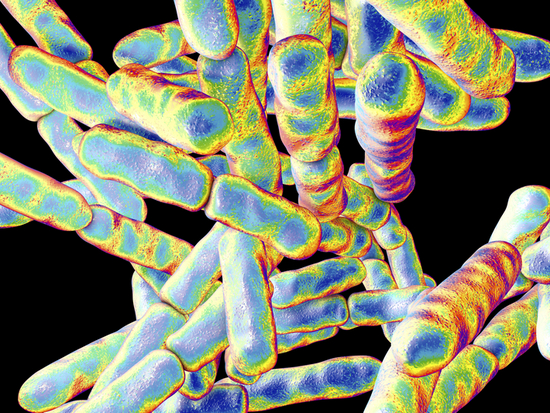 Grime, strep throat, UTI, E. coli – that’s where most of us go when we think about bacteria. However, research continues to show it can be an important player in managing mood and anxiety disorders. Here’s what I mean….

…although depressive symptoms decreased in all participants due to antidepressant use, the improvement was greater in the participants given probiotics.

My guess is the vast majority of those of us dealing with a mood or anxiety disorder are using meds. I’m also thinking many of us participate in therapy.

But healthy lifestyle habits, aromas, devices, supplements – there’s so much more we can consider adding to our personal treatment program.

Scouting about for relief-oriented material to share with you, a research press release from the University of Basel and the University Psychiatric Clinics Basel (Switzerland) grabbed my attention.

The findings were recently reported in the journal, Translational Psychiatry.

To set the table for our discussion we need to review what’s known as the microbiome-gut-brain axis.

Simply, the microbiome is the collection of all microbes – including bacteria, fungi, viruses, and their genes – that naturally live on and in our bodies.

Part of our microbiome is intestinal flora – microorganisms, predominantly bacteria, that populate our intestines.

Now, there are multiple and very sophisticated pathways of communication between the intestines and the central nervous system. And that’s how our microbiome and gut influence our brain – our psyche.

Previous studies have shown that folks enduring depression have an above-average prevalence of intestinal and digestive problems. Perhaps you can relate.

Those realities have led researchers to suspect the bacterial community in the gut plays a significant role in depressive symptoms.

Now to the research 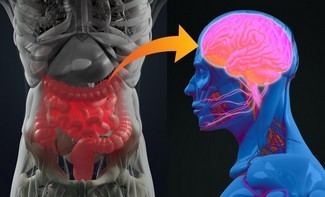 Okay, the research team, led by Dr. André Schmidt and Professor Undine Lang, systematically investigated the effects of probiotics on patients with depression.

All 47 study participants were inpatients at the University Psychiatric Clinics Basel. For 31 days, 21 of them were given a probiotic, the remaining 26 received a placebo. All participants were using an antidepressant. It was a double-blind study, so neither the participants or the study team knew who got what.

As we’d expect, the team conducted a series of tests on the participants before, right after, and four weeks after the study.

The post-study analysis brought some very important information to light.

First and foremost, although depressive symptoms decreased in all participants due to antidepressant use, the improvement was greater in the participants given probiotics.

But there’s more. The composition of the intestinal flora of the members of the probiotic group changed. Analysis of stool samples revealed an increase in lactic acid bacteria, which contributed to the reduction in depressive symptoms.

It has to be noted, however, that the level of these health-promoting gut bacteria decreased again over the following four weeks. According to one of the lead study authors, Anna-Chiara Schaub…

It may be that four weeks of treatment is not long enough and that it takes longer for the new composition of the intestinal flora to stabilize.

An interesting effect of taking probiotics was seen in relation to brain activity when viewing neutral or fearful faces. The team investigated this effect using functional magnetic resonance imaging (fMRI).

In those enduring depression, the brain regions responsible for emotional processing behave abnormally. For participants in the probiotic group, this activity normalized by the end of the study.

Although the microbiome-gut-brain axis has been the subject of research for a number of years, the exact mechanisms are yet to be fully clarified.

That being the case, the team believed it was important to use a wide range of bacteria in the form of probiotics, such as formulations already available on the market.

With additional knowledge of the specific effect of certain bacteria, it may be possible to optimize the selection of bacteria and to use the best mix in order to support treatment for depression.

She emphasized that using probiotics as a solo treatment for depression isn’t effective.

We may be using meds. We may be participating in therapy. But we may not be doing enough.

Meditation, exercise, yoga, visualization – it’s not as though we don’t have options when it comes to bolstering our personal treatment program.

Probiotics: give ‘em a go?

Hey, I’m not a physician and this isn’t a recommendation for use. However, if you want to pursue probiotics to supplement your mood or anxiety treatment program, here are two that my sources say merit consideration: Bifidobacterium Longum and Lactobacillus Rhamnosus. Do some research and check in with your doc, okay?

Be sure to read the press release from the University of Basel: Good bacteria to tackle depression.

A few related Chipur pieces you may find interesting and helpful…

Cool tattoo: Who knew it was your second brain?

Psychobiotics: “Whaaa?!” Yep, and ya’ gotta’read this!

The Top 9 Supplements for Your Optimal Mental Health

And if you’d like to read even more Chipur mood and anxiety disorder inspiration and info articles, don’t let me stop you.