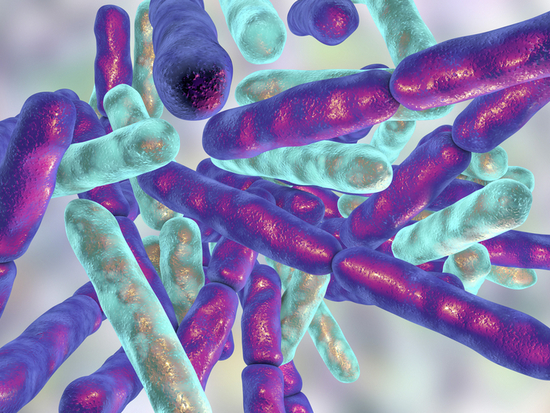 Probiotics are hot, flying off the shelves for the prevention and treatment of all sorts of physical ailments. But did you know they can help those of us living with an emotional or mental disorder? Let’s talk…

Early-life stress, such as maternal separation, is known to induce long-term changes in the microbiome.

So what do you think? Most everyone is familiar with probiotics, but I’m not so sure the same applies to psychobiotics.


This is new and fascinating stuff, so we’ll dig right in.

Probiotics – pro (“for”) biotic/bios (“life”) – are live bacteria that assist in maintaining the natural balance of organisms in our intestines.

It’s thought the digestive tract contains some 400 varieties of probiotic bacteria that serve to reduce the growth of harmful bacteria, promoting a shipshape digestive system.

The most common outside sources of probiotics are yogurt with live cultures, yeast, and dietary supplements.

To get us where we need to go, let’s check-in with a relatively new field, microbial endocrinology. It’s all about the relationship between our digestive tract and our mood and behavior.

Researchers in the field have come to the conclusion that digestive system microbes can regulate the endocrine system – the collection of cells, glands, and tissues that secrete hormones directly into the bloodstream, managing our physiological and behavioral activities.

The endocrine system is the lead responder when it comes to the stress hits our bodies take. Without it, and dispatched neurotransmitters and hormones, there would be no fight/flight response. Neither would there be the “feel good” effects of serotonin, dopamine, endorphin, oxytocin, and gamma-aminobutyric acid (GABA). 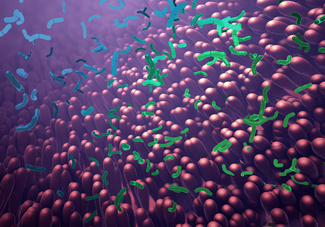 Routine flow of bacteria in the gut

So according to microbial endocrinologists, here’s the flow: digestive system microbiota influence the endocrine system, which influences our mood and behavior.

How do they know that? Thanks goes to an accompanying effect of irritable bowel syndrome (IBS).

Folks enduring IBS are more vulnerable to feelings of anxiety and depression. Actually, it’s a reciprocal relationship because both can exacerbate IBS symptoms.

Enter the neurotransmitter GABA. When supplies are low, anxiety and depression may run high. Digestive system bacteria Lactobacillus and Bifidobacterium have been shown to produce GABA. And several studies have shown that supplements of either can relieve anxiety in those suffering from IBS.

More evidence? The GI bacterium Clostridium difficile is typically acquired during infancy. It synthesizes at least two toxins that interfere with neurons and possibly the endocrine system.

Fascinatingly, individuals with autistic spectrum disorder and schizophrenia have been shown to have higher than normal levels of this bacterial species.

The take-away? An imbalance in digestive tract microbiota can manifest as both physiological and psychological maladies. And it appears they can be resolved with the use of proper psychobiotic bacteria.

Let’s learn more, as we take a peek at a new review article in Biological Psychiatry. Dr. Timothy Dinan and team from University College Cork (Ireland) have come up with a definition of psychobiotic: a live organism that, when ingested in adequate amounts, produces a health benefit in patients suffering from psychiatric illness.

The team go on to review existing evidence that when these bacteria are ingested in adequate amounts, the treatment potential is huge for depression and other “stress-related disorders.”

The study team notes that gut microbiota can change on a daily basis. And there’s even evidence that the form of birth (vaginal or C-Section) can alter one’s microbiota.

But there’s more. Early-life stress, such as maternal separation, is known to induce long-term changes in the microbiome. The team reviewed a study that assessed the potential benefits of a specific probiotic in rats displaying depressive behavior due to maternal separation. Turns out probiotic treatment normalized their behavior, as well as their previously abnormal immune response.

Some probiotics have even been shown to have anti-inflammatory effects. And that’s huge because both depression and stress are associated with inflammation.

What about human studies? In one, healthy participants received either a probiotic combination (Lactobacillus helveticus R0052 and Bifidobacterium longum) or placebo for 30 days. The participants who received the probiotics reported lower stress levels.

In another study, participants who consumed a yogurt containing probiotics reported improved mood.

Now, as exciting at this is, you have to keep in mind that only a small percentage of probiotics can be considered psyhobiotics. And there’s much work to be done on identifying them. But even the editor of Biological Psychiatry, Dr. John Krystal, stated…

This intriguing new area of research may open new possibilities for the treatment of depression.

One final note, The Alimentary Pharmabiotic Centre (APC) at University College Cork is now looking to develop psychobiotics as “medical foods” with an industry partner. That’s what comes from good research.

Sure looks as though probiotics – psychobiotics – hold the potential to bring relief for emotional and mental disorders.

I’m looking forward to future research and the generated interventions.

More Chipur titles await. Yours for the reading.

Next Post: Insomnia and Depression: Stunning and Life-Changing News

Previous Post: Intrusive Thoughts? To the Intruder: “The Door’s Open, Come On In!”